He has begun a sincere effort to realign Japan's position from one that supports the maintenance of the US “nuclear umbrella” to one that aims for gradual global nuclear weapons disarmament. 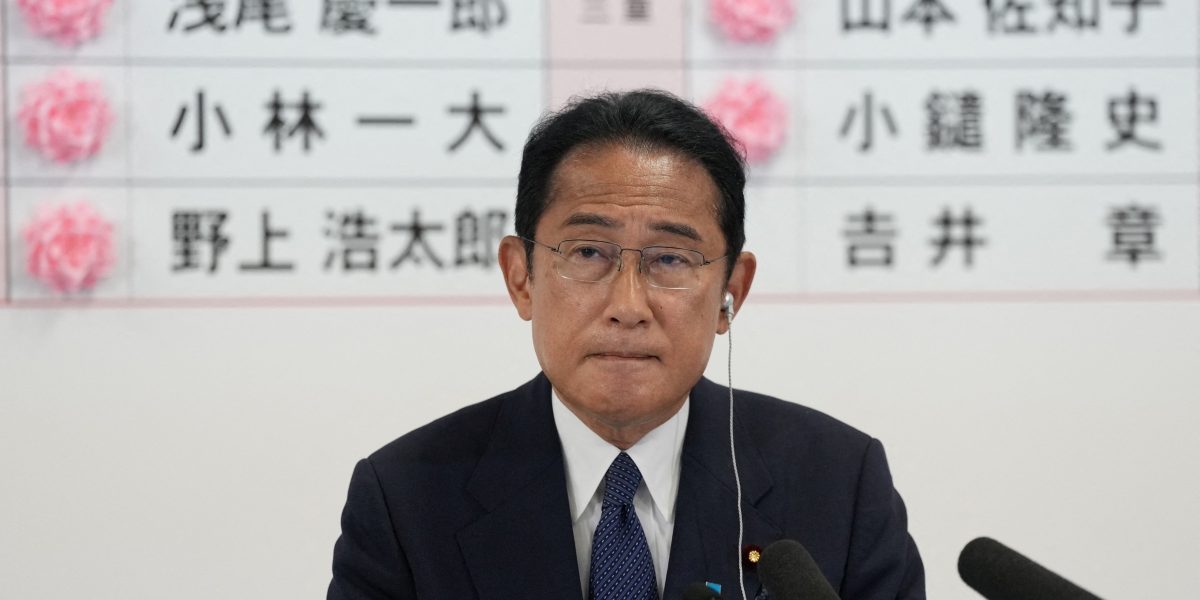 Prime Minister Fumio Kishida has outlined what appears to be a sincere effort to realign Japan’s position on nuclear weapons – from one that supports the maintenance of the US “nuclear umbrella” to one that aims for gradual global nuclear weapons disarmament.

In 2016, Japan voted against a UN resolution that would have compelled nations to negotiate the reduction and eventual elimination of nuclear weapons stockpiles. It also chose not to sign the Treaty on the Prohibition of Nuclear Weapons in 2017 – which did eventually pass – and snubbed subsequent invitations to ratify the accord or even to send observers to related diplomatic events.

Japan’s pro-nuclear weapons posture continued, relatively unchanged, into the early months of Kishida’s government. As recently as June 2022, the prime minister argued that Japan could work towards denuclearisation only if it does not imperil its relationship with the US, which he described as “Japan’s only defence ally.”

Former Prime Minister Shinzo Abe was a long-time advocate for maintaining the US nuclear umbrella. In 2017, Abe issued a joint statement with then-US President Donald Trump in which both leaders explicitly reaffirmed commitments to the nuclear-backed alliance, explicitly endorsing the US doctrine of allowing nuclear weapons first strikes.

In the wake of the Russian invasion of Ukraine – after he was out of office – Abe even suggested that Japan might host US nuclear weapons on its own soil, as some NATO countries do, and which US-occupied Okinawa did for some decades.

On August 1, Prime Minister Kishida travelled to New York to address the latest Review Conference for the Treaty on the Non-Proliferation of Nuclear Weapons (NPT), which are scheduled every five years, although this was held two years late due to the COVID-19 pandemic. This was the first time that a Japanese prime minister had ever spoken at one of these conferences, usually attended by working-level diplomats.

Kishida began by relating the issue to himself, noting that, “as a prime minister from Hiroshima, I believe that we must take every realistic measure towards a world without nuclear weapons, step by step, however difficult the path may be.”

This phrasing echoed the title of a book that Kishida published in 2020 – Kakuheiki no nai Sekai e (Toward a World without Nuclear Weapons).

In his speech, Kishida declared that “Japan is determined to firmly uphold the NPT as its guardian.” adding that he is working on a five-point “Hiroshima Action Plan” to reduce nuclear weapons risks.

As part of his initiative, Kishida clarified that “Japan supports the dialogue conducted between the United States and Russia for further reductions, and encourages the United States and China to engage in a bilateral dialogue on nuclear arms control and disarmament.” He also emphasised the importance of transparency between nuclear weapons powers, a greater commitment to the Comprehensive Nuclear-Test-Ban Treaty (CTBT), and a peaceful solution to conflicts such as that on the Korean Peninsula.

Kishida further announced that Tokyo would make a US$10 million contribution to the United Nations in order to set up a “Youth Leader Fund for a World without Nuclear Weapons,” again making use of the phrase which he seems to be promoting as his own political trademark.

“We must ensure that Nagasaki remains the last place to suffer an atomic bombing,” he declared.

Kishida’s address was well received by the Japanese public. Interestingly, some of the most outspoken praise came from the Japan Communist Party, which viewed the speech as a “landmark success.”

In late 2019,  the Journal for Peace and Nuclear Disarmament conducted a poll which found that about 75% of the Japanese public supported joining the Treaty on the Prohibition of Nuclear Weapons, which the government has so far spurned.

In spite of the popularity of Kishida’s anti-nuclear weapons orientation among the general public, he faces the potential risk of alienating both rightwing forces within his own ruling party as well as some figures within the US government. Indeed, it was reported that Kishida’s own political advisers counselled him not to give the speech in New York and to keep a lower profile on nuclear weapons disarmament issues.

This article was originally published by Shingetsu News Agency.