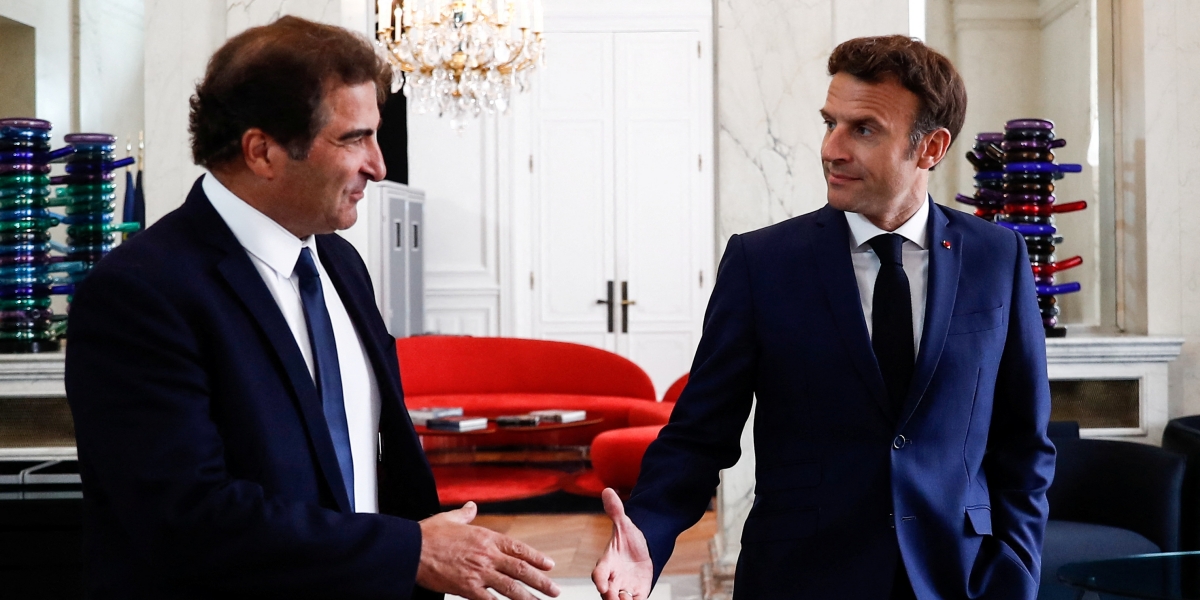 Paris: French President Emmanuel Macron refused to accept his prime minister’s resignation and met with opposition leaders on Tuesday as he sought a way out of a political predicament after losing his parliamentary majority.

It means his centrist Ensemble bloc will need to find support from among the opposition benches in order to salvage his reform agenda.

Macron’s opponents said it was time he learned to listen to others and that support would come at a cost. Christian Jacob, leader of the conservative Les Republicains, said Macron had been “arrogant” during his first term.

“We’re not going to betray those who showed faith in us. Those who voted for us did not do so so that we enter with little thought into any old coalition,” Jacob told reporters.

Jacob made his remarks after holding an hour-long meeting with Macron.

Les Republicains provide the most obvious place for Macron to find support. The conservatives’ economic platform is largely compatible with Macron’s, including his plans to raise the retirement age by three years to 65.

However, the conservatives, whose past presidents include Nicolas Sarkozy and Jacques Chirac, have so far ruled out a formal German-style coalition pact.

Even so, Jacob said his party would be “responsible” and would not “block the institutions”, seemingly opening the door to cooperation on a bill-by-bill basis.

Macron’s camp has said it hoped to find moderates on both the political right and left with whom it can work.

Sunday’s elections delivered a fragmented parliament and plunged France into uncharted waters with no rule book on how to exit the crisis.

If Macron and his alliance fail to secure support, France could face a long spell of political gridlock that may later on compel Macron to dissolve parliament and call a new election.

Olivier Faure, leader of the Parti Socialiste, which joined the left-wing Nupes bloc ahead of the election, said his party could back some policy proposals – but only if Macron took on board their ideas.

“We have had a so-called Jupiterian period when the president decided alone and where he was not accountable to anyone,” Faure told reporters.

“From now on…he is forced into accepting a bigger role for parliament … and it’s rather healthy that he be accountable, negotiate, seek points of agreement.”

No easy solution appears to be at hand and from Thursday Macron will be distracted by a week of international meetings abroad, including EU, G7 and NATO summits.

Opposition calls for Prime Minister Elisabeth Borne to step down had intensified throughout Monday. On Tuesday the Elysee said she had tendered her resignation but that Macron had refused so that the government could keep working.

Nonetheless, the wording of the Elysee statement hinted it could be only a temporary reprieve. Borne was due to meet with her cabinet at 1230 GMT.

“The result of the legislative elections should make (Macron) think,” said the far-right’s Marine Le Pen, whose party won by far its highest ever number of lawmakers in the National Assembly.

Manuel Bompard of the hard-left La France Insoumise party, another member of the leftwing Nupes alliance, said “sooner or later” there would be a snap election.

A government insider said it was not in Macron’s interests to call a snap election now, but that “it is a card to play when the country is paralysed.”