At Kigali Genocide Memorial on May 27, Macron asked for forgiveness for France’s involvement in the genocide. He also expressed his desire to combat genocide ideology and denial in order to foster stronger relations with Rwanda.

French President Emmanuel Macron has just paid his first state visit to Rwanda. While many world leaders have visited the central African nation of 13 million, including past French presidents, such as President Nicolas Sarkozy in 2010, this trip was going to be different.

Sure enough president Macron would come the closest to apologising for France’s involvement during the 1994 genocide against the Tutsis.

At the Kigali Genocide Memorial, Macron asked for forgiveness for France’s involvement in the genocide. He also expressed his desire to combat genocide ideology and denial in order to foster stronger relations with Rwanda.

The long-term impact of this trip will be based on building on this commitment. France’s tangible foreign policy mechanism will be committing itself to helping Rwanda through foreign aid development funding and COVID-19 vaccines. However, for France to gain the trust of Rwandans, the country has to commit itself to combating genocide ideology and denial. A great start would be the arrest and extradition of Rwandans who participated in the 1994 genocide against the Tutsis.

Prior to the genocide, France was Rwanda’s closest European ally. It was never the colonising power. Rwanda was colonised by Germany (1884-1919) and later transferred to Belgium. It was during the Belgian colonial period (1919-1962) that socio-economic divisions of Hutu, Tutsi and Twa become immovable ethnic divisions. To justify Belgium’s colonial atrocities, the colonial government elevated some Tutsi elites into positions of power to illustrate the local rule.

In a 1973 coup, Juvénal Habyarimana took the presidency. He developed a close personal relationship with French president François Mitterrand (1981-1995).

France under Mitterrand provided the Habyarimana regime with considerable financial and military support. Mitterrand’s backing helped create a sense of legitimacy for his Rwandan counterpart. This in turn aided the policies of ethnic divisionism, hatred and pogroms that would eventually result in the 1994 genocide.

Since then, Rwandan-French relations have been poor at best. Many within the Rwandan government, led by the Rwanda Patriotic Front, denounced France’s closeness to Habyarimana as unacceptable. Rwanda also demanded an acknowledgement of French involvement in the 1994 genocide. Unfortunately, this did not happen under the next French president Jacques Chirac.

Subsequently, president Sarkozy attempted to foster greater relations with Rwanda. He came close to admitting France’s role during the genocide, but blamed “political errors” for the country’s actions. Relations deteriorated again under president François Hollande who minimised France’s involvement prior to and during the genocide.

Now, however, Macron has gone beyond Sarkozy’s tentative steps. 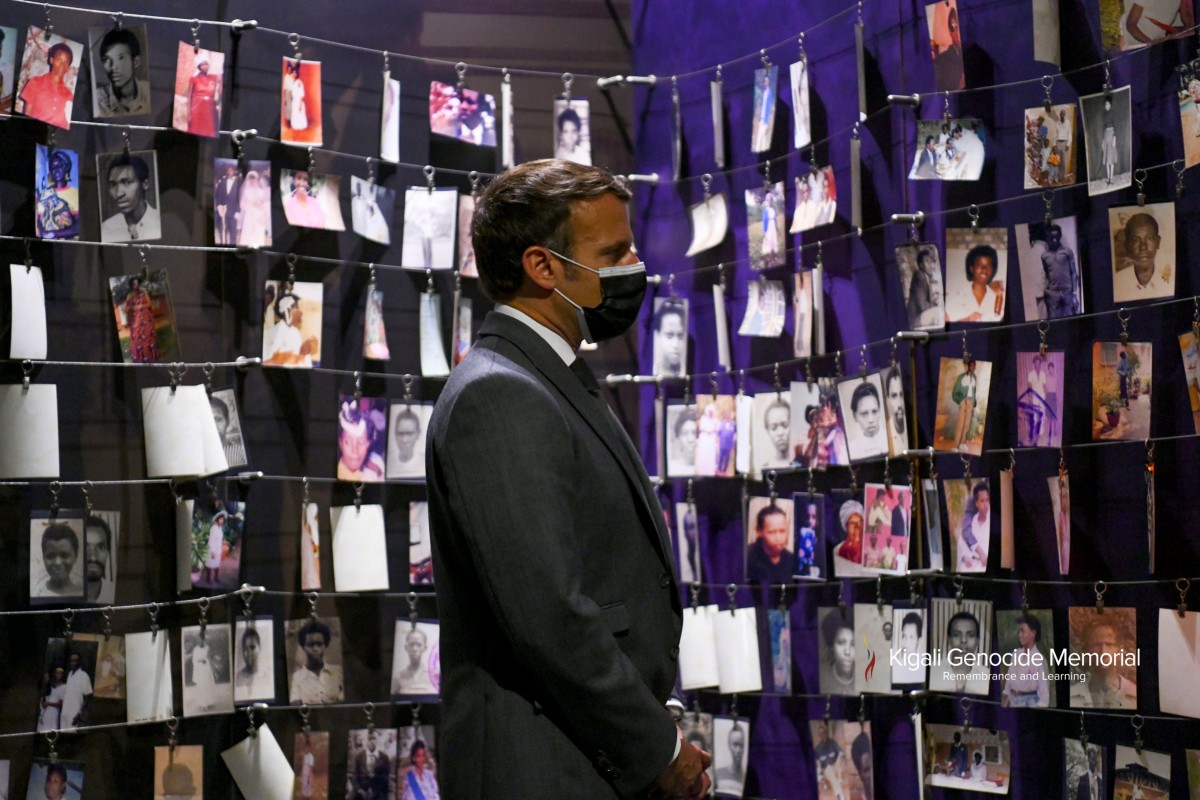 As Cold War declined in the early 1990s, France began to apply pressure on its African allies – such as Habyarimana – to democratise. In Rwanda, however, the transition from dictatorship to open political competition did not go well. Rather than peaceful mobilisation, the opening of political space helped Hutu ideological extremists loyal to Habyarimana to propagate the ideology of genocide against the Tutsis.

At the same time, Rwandan exiles – mostly Tutsis – formed the Rwandan Patriotic Front signalling the start of the Rwandan Civil War (1990-1994) between government and well-organised rebels.

France backed Habyarimana’s regime by fighting back the first invasion by the Rwandan Patriotic Front (1990-1991). After this campaign, the French government provided its military assistance to rebuild Rwanda’s military against the party. They also secretly supported a government-backed militia, the Interahamwe (Those who fight together).

The genocide began hours after the assassination of Habyarimana. The presidential plane he was in was shot down by unknown assailants.

France remained steadfastly behind the new genocide government. While not providing military equipment or troops, it pressured for the removal of the United Nation’s peacekeeping force in Rwanda. It also moved the Rwandan government’s inner circle of power out of Rwanda in the early days of the genocide.

Later France was to send military troops under the UN-sanctioned Opération Turquoise. The French government publicly stated their substantial contribution of nearly 2,500 soldiers would help stop the genocidal killings. However, it became a safe zone for genocide perpetrators to continue the massacres as well as to flee into neighbouring Zaire.

The political fallout from the 1994 genocide will remain at the heart of relations between Rwanda and France for some time to come. But the signs are promising. A great first step was made in 2019 with the creation of the Duclert Commission to investigate France’s role in the genocide.

The commission report expressed reasonable doubt as to whether the French government was fully aware of how its relationship with the Habyarimana regime and training of Interahamwe forces would lead to the genocide. It nevertheless acknowledged France’s involvement in the events leading to the mass killings.

Also read: 25 Years On, Deadly Effects of Rwandan Genocide Are Still Being Felt

The Rwandan government accepted the report’s findings and commented on how important this was to help restore trust between the two nations.

Macron and current Rwandan president Paul Kagame recently met in France. Macron publicly showed his desire for a friendship with his Rwandan counterpart.

During Macron’s Rwanda state visit some significant agreements were made between the two countries – for example, a bilateral cooperation agreement between the two nations’ foreign ministers, financial support for development and for combating Covid-19.

But the highlight for Rwandans was Macron’s visit to the Kigali Genocide Memorial. While this might not appear to be a tangible benefit in foreign policy, it holds significant influence in Rwandan perceptions of France amid hesitation, scepticism and open hatred for France.

For many Rwandans, France represents a period in their country’s history that was filled with ethnic hatreds, instability and Habyarimana’s dictatorship. Many still hold France responsible for aiding the destructive ideology of the genocide.

It will take time for Rwandans, especially those who suffered or witnessed the genocide, to trust France again. Macron will be aware of these challenges and how French-Rwandan relations will require time, gestures of goodwill and actions addressing the past.

Jonathan Beloff is a PhD student, Department of Politics and International Studies, SOAS, University of London.

This article was first published on The Conversation. Read the original here.