The stunning blow to Macron's centrist alliance means French policy enters a period of uncertainty requiring the president to seek power-sharing, unknown in France since 1988. 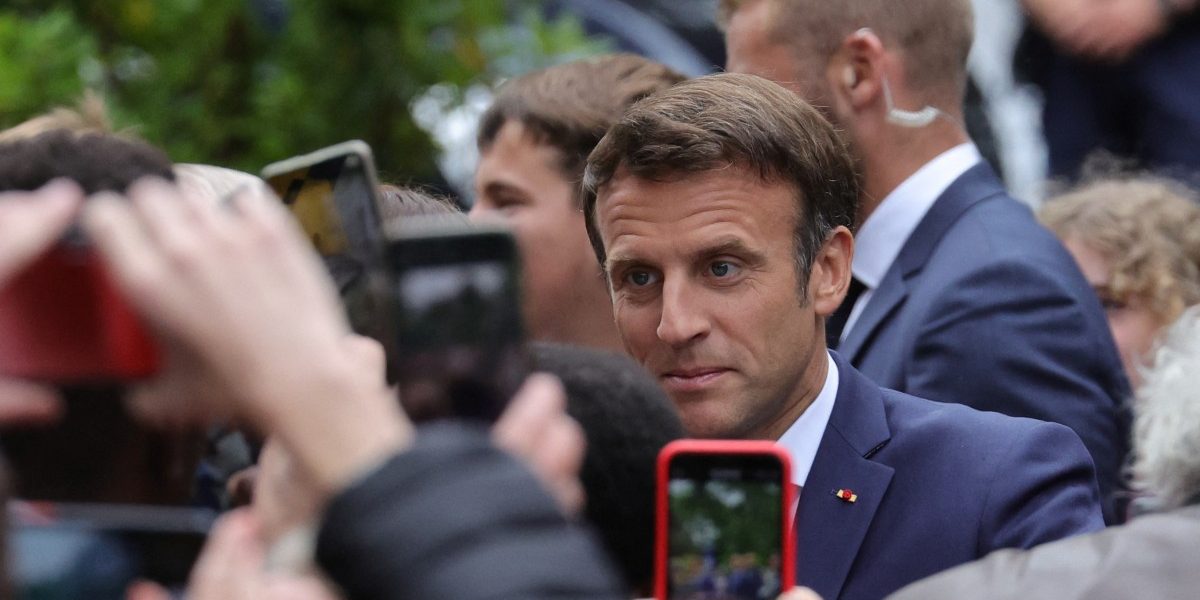 French President Emmanuel Macron arrives to vote in the second round of the French parliamentary elections, at a polling station in Le Touquet-Paris-Plage, France, June 19, 2022. REUTERS/Pascal Rossignol.

French President Emmanuel Macron (44) was reelected in April with 59% of the vote, with Marine Le Pen second and Jean-Luc Melanchon third.

But after the recent elections for the National Assembly, the chairs are rearranged: While Macron’s centrist alliance (Ensemble) came first, securing 245 seats out of a total of 577, it fell far short of the 289 seats needed for the absolute majority it enjoyed five years ago, when parliament was a rubber stamp during Macron’s first tenure.

The newly elected parliament features three, rather than two, blocs: Macron’s centrists; NUPES, a left alliance plus the Greens under hard-left Melenchon; and the far-right under Le Pen. NUPES will be the main opposition with 131 seats, and at the other end of the political spectrum, Le Pen’s far-right National Rally party with 89 seats and is in third place, affording it considerable weight.

French politics have changed, with the traditional right-wing and left-wing parties disintegrating, the Socialists and Centre-Right now reduced to minor roles and the once-powerful city mayors a pale shadow of the force they were. In the vacuum, Macron during his first term created a new political movement but with no party now capable of winning a majority – without the authority of endorsement by the voters.

Among the causes for the president’s discomfiture are social inequality, poor COVID-19 management, steep inflation, decline of rural communities, disgruntlement among the working class, and his own personality, failing to seize the impetus provided by his second presidential win to campaign for a parliamentary majority, his top-down approach, lack of inclusivity and lofty disregard of the underdog.

The strong support for political extremes reflects the frustration with Macron that first erupted in 2018 with the Yellow Vest movement against perceived economic injustice, which periodically resurfaced among those who see him as too pro-business, arrogant and tone-deaf to everyday concerns.

Responding to the election result, the president said, “We have to build compromises; we have to learn to govern and legislate differently.” But, humility and partnership do not come easily to Macron. General view of the empty seats of the hemicycle prior to the weekly session of questions to the government at the National Assembly in Paris, France, May 19, 2020. Christophe Petit/Pool via REUTERS.

The stunning blow to Macron means French policy enters a period of uncertainty requiring the president to seek power-sharing, unknown in France since 1988, by allying with centre-right Les Republicain conservatives – who have 64 seats; or run a minority government that will have to negotiate laws on a case-by-case basis, or call for new parliamentary elections.

The constitution also allows him in certain circumstances to pass laws without the assembly’s approval. Minority governments are rare in France; its political culture is different from countries such as Germany, where coalitions are commonplace,

Early discussions suggest that Les Republicains would be no easy partners; they indicate the intention to stay in opposition to comply with their support base. The two major opposition groups on the far-right and left are not remotely interested in collaboration, and the pincer from the extremes will try to disrupt the passage of new reforms, and resort to street protests whenever necessary.

Though French trade unions are the weakest in Europe, the investment climate will diminish with perceptions of instability. NUPES wants to separate investment from retail banking, prohibit toxic derivatives and implement significant taxes on financial transactions.

Macron was considering the nationalisation of the power utility EDF and investment in nuclear power, whereas NUPES wants to exit from nuclear and would go beyond the nationalisation of EDF by combining the electric distribution system and other energy players into one state-run entity. The luxury industry, which is France’s powerhouse, would suffer from increased taxes. It is unlikely, however, that the NUPES objectives will find favour with parliament.

To Macron’s advantage, most opposition parties have fragile unity. Identity issues and immigration divide the right and left. Le Pen is not for Frexit but both she and Melanchon are sceptical of the EU and want more devolution.

Both in general support Macron on Ukraine, while the Greens, previously regarded as peaceniks, have become extreme in Germany. Le Pen’s spokesperson has said that if the government sought measures the party wanted, such as a cut in sales tax (VAT), it would vote in favour. On some issues, the Republicains, the rump of the erstwhile traditional right wing, will agree to measures like raising the pension age to 65, but such support will come at a price and make Macron’s supposedly centrist government look even more right-wing.

As far as foreign policy is concerned, the president retains control over defence, European and foreign policy. Macron’s first term was marked by France positioning itself as a global player and himself as Europe’s first leader following Brexit and the departure of German chancellor Angela Merkel. His priority had been Europe, and he was willing to give up some French sovereignty for EU integration while strengthening the EU’s defence arrangements in opposition to NATO. The Russian invasion of Ukraine has strengthened Europe’s transatlantic solidarity with the US, leaving Macron in an awkward position.

The extent to which Macron is distracted by domestic affairs remains to be seen. In respect of Africa, even during Macron’s first term, France’s traditional influence was waning with its military presence no longer welcome in the Sahel region, especially Mali.

The Central African Franc (CFA) was discontinued in 2020. Francophone Gabon and Togo have opted to join the Commonwealth, a British post-colonial association. As for India, France’s valued defence partnership will not be affected by the weakening of Macron’s political status at home.

Krishnan Srinivasan is a former foreign secretary. Julius Fein is a specialist on French politics.