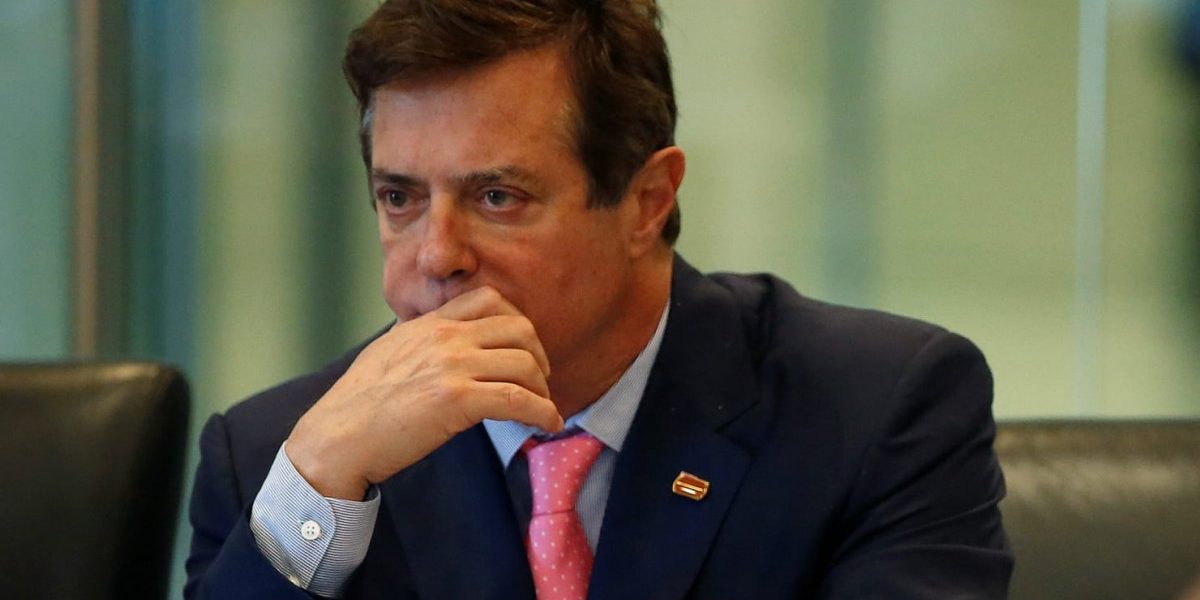 Manafort, 69, pleaded guilty in a federal court in Washington on Friday to conspiracy against the United States. Credit: Carlo Allegri/Reuters

Alexandria: Former Trump campaign chairman Paul Manafort was convicted on Tuesday of eight counts of financial wrongdoing, giving special counsel Robert Mueller a victory in the first trial arising from his investigation of Russia’s role in the 2016 US election.

After almost four days of deliberations, a 12-member jury found Manafort guilty on two counts of bank fraud, five counts of tax fraud and one charge of failing to disclose foreign bank accounts.

The jury in US federal court in Alexandria, Virginia, said it could not reach a verdict on 10 of the 18 counts with which Manafort was charged. Judge T.S. Ellis declared a mistrial on those counts.

While the charges against Manafort mostly predate his work on President Donald Trump‘s 2016 election campaign, the guilty verdict triggered an outburst from Trump, who has repeatedly sought to distance himself from Manafort while denouncing the Mueller investigation as a “witch hunt”.

“Paul Manafort is a good man. … It doesn’t involve me, but I still feel – you know, it’s a very sad thing that happened,” Trump said before a rally in West Virginia on Tuesday night. “This has nothing to do with Russian collusion.”

Manafort‘s conviction on the eight counts came in the same hour that Trump‘s former personal lawyer, Michael Cohen, pleaded guilty in New York to campaign finance violations and other charges.

Manafort stood quietly while the verdict was being read by the clerk. It represented a stunning fall for Manafort, a well-known figure in Republican politics for decades.

Manafort‘s lawyer, Kevin Downing, told reporters afterward that his client was disappointed in the verdict and was evaluating his options. “He is trying to soak it all in,” Downing said.

Prosecutors accused Manafort of hiding from US tax authorities $16 million he earned as a political consultant for pro-Russian politicians in Ukraine to fund an opulent lifestyle and then lying to banks to secure $20 million in loans after his Ukrainian income dried up and he needed cash.

The two bank fraud charges on which he was convicted each carry a potential prison term of up to 30 years. But several sentencing experts predicted Manafort, 69, would receive a prison term of about 10 years.

Mark Warner, the senior Democrat on the US Senate Intelligence Committee, warned that any attempt by Trump to use his presidential powers to pardon Manafort or interfere in Mueller’s probe “would be a gross abuse of power and require immediate action by Congress.”

Republican senator Lindsey Graham said in a statement: “There have yet to be any charges or convictions for colluding with the Russian government by any member of the Trump campaign in the 2016 election.”

Moscow has denied interfering in the 2016 election and Trump has said there was no collusion.

David Weinstein, a former federal prosecutor in Miami, said the guilty verdict on eight of 18 counts was “a significant victory” for Mueller and that “the mistrial on the remaining 10 counts is a shallow victory for the defence.”

Manafort was convicted on all five charges of filing false tax returns. Prosecutors provided evidence he did not report $16 million in overseas income from 2010 to 2014 but used it to purchase clothes and real estate and renovate his homes.

The jury found him guilty for failing to report his overseas bank holdings in just one of the four years cited. Manafort‘s lawyers sought to portray the law as complex and raised questions about whether Manafort wilfully broke it, a notion that may have given some jurors pause. They were hung on three other related counts.

Manafort was found guilty on two counts of bank fraud, one involving a $3.4 million mortgage on a Manhattan condominium and a $1 million business loan. In both cases, the evidence showed Manafort provided false information in order to get the loans.

The jury was hung on seven other bank fraud counts, however, including all five conspiracy charges, possibly because the jurors doubted the credibility of Rick Gates, Manafort’s former right-hand man, who pleaded guilty and testified for the prosecution.

One count on which the jury was hung was a $5.5 million loan that did not close. Ellis, who was hard on the prosecution throughout the trial, questioned in open court why the government was pursuing a charge on a loan that never materialised, a comment that drew criticism from legal experts and prompted an official complaint from Mueller’s team.

So far, no jurors have spoken to the media and their names were not made public so it is unclear how they determined their verdict.

Manafort now faces a second trial on Sept. 17 in Washington in which he is charged with money laundering, failing to register as a lobbyist in the US for his work for pro-Kremlin politicians in Ukraine, and obstruction of justice.

The second trial promises to delve deeper into Manafort’s Russian connections, including his relationship with Konstantin Kilimnik, a Ukranian-Russian political consultant who was indicted along with Manafort and who Mueller says has ties to Russian intelligence.