The UN has made the secretary-general race more transparent than before, however the ultimate decision will be made through closed-door secret ballots in the Security Council. 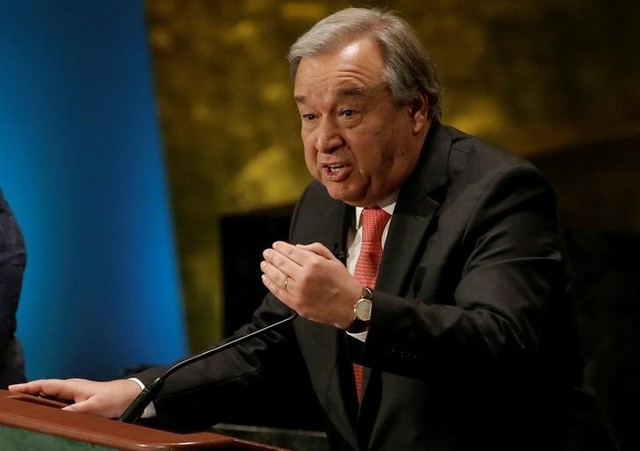 Former UN High Commissioner for Refugees Antonio Guterres speaks during a debate in the UN General Assembly between candidates vying to be the next UN Secretary General at UN headquarters in Manhattan, New York, US, July 12, 2016. Credit: Reuters/Mike Segar

Secretary-general Ban Ki-moon steps down at the end of 2016 after two five-year terms.

The 193-member UN General Assembly this year has sought to lift a veil of secrecy that has surrounded the election of the UN chief for the past 70 years by requiring public nominations and holding campaign-style town hall events with each candidate.

However, it is the 15-member Security Council that will choose a candidate to recommend to the General Assembly for election later this year. The council will continue to hold closed-door informal secret ballots until a consensus is reached.

On Thursday, council members were given a ballot for each candidate with the options of encourage, discourage and no opinion. The nominating states will be told of the results for their candidate, but overall results will not be made public.

The search for a successor to Ban, a former South Korean foreign minister, has sparked a push by more than a quarter of the 193 UN states for the world body’s first female leader and half of the current candidates are women.

At least four members of the Security Council are part of the “Group of Friends for a woman Secretary-General” – led by Colombia – Spain, Venezuela, Japan and Uruguay. The US and UK are observers of the group, diplomats say.

British UN ambassador Matthew Rycroft told reporters on his way into the council that the purpose of the secret ballots was to “encourage people who don’t do so well to drop out of the race.”