David Koch was an evil man who dedicated his life to evil. Humanity will be coping with the damage he did for centuries. 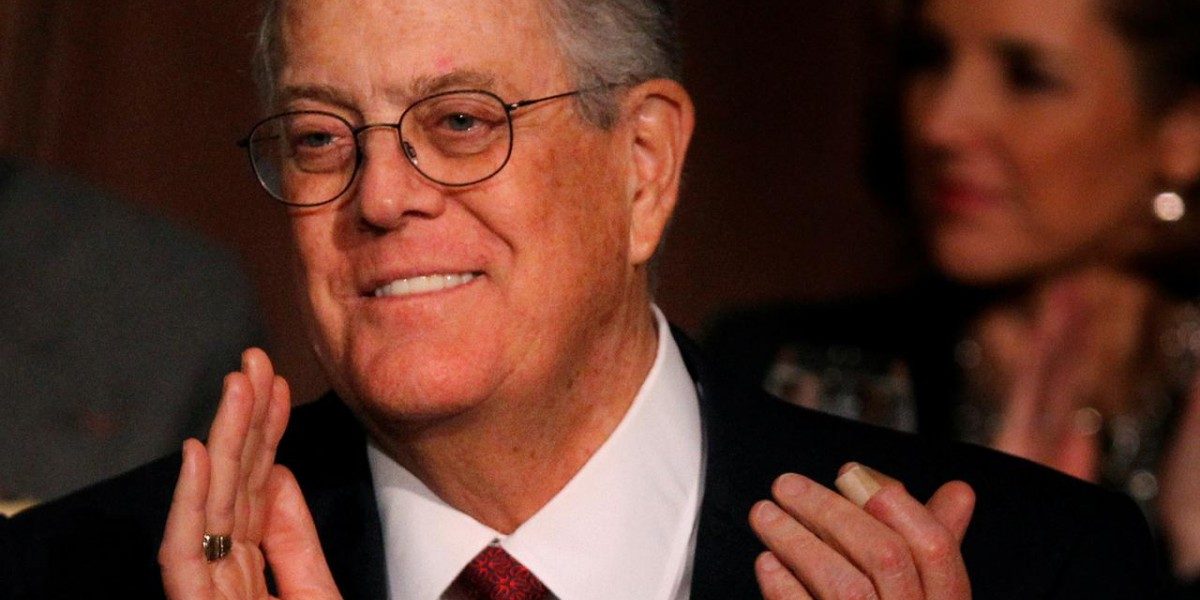 David Koch, the billionaire industrialist who died today, was one of history’s greatest monsters. No, he didn’t try to kill off an entire race of people, eat his enemies, or launch a merciless campaign of rape and pillage that spanned continents. And yet even such horrors as these will pale in comparison to Koch’s handiwork – unless we succeed in stopping it.

Commenting on his brother’s death, Charles Koch – incidentally, one of the few people on Earth who can claim to be more loathsome than David was – remarked that he had a “passion for life”. This is, of course, utter nonsense.

Koch and his legacy are as anti-life as you can possibly get, something no amount of selfishly motivated cancer research funding can cover up. I say “are” rather than “were” because even though Koch himself is gone, the corporatist bulldozer he set into motion will keep going long after he’s dead.

Besides spending fortunes to deprive people of health care, Koch and his repugnant sibling made their living by spewing pollution, cancer, and a host of other ailments into often poor communities. Their hostility to government regulation and insistence on unsafe working conditions led them to kill and maim workers and bystanders alike, such as the two Texas teenagers blown up by a defective Koch pipeline that led the Kochs to pay one of the largest wrongful death judgments in US history. It may be impossible to quantify exactly the damage done by the Kochs’ right-wing network, but the “welfare reform” of the ’90s alone shortened lifespans.

But even this repellent legacy is dwarfed by Koch and his brother’s singular contribution to the climate crisis. It is the darkest of ironies that the Smithsonian National Museum of Natural History’s wing dedicated to the story of human evolution is named after Koch, given that, other than his brother, arguably no single individual has done more to try to shut the book on that story than Koch.

We’ve known for a good while that the Koch network has been funding and fuelling climate denial and inaction by the government for decades, in concert with the growth of the Kochs’ own fossil fuel-based profits. Thanks to the release of Christopher Leonard’s Kochland last week, we now also know they were on the ground floor of the fight to ensure human extinction, spreading climate denial and working against political action on the subject as early as 1991, when the world still could have embarked on a gradual transition away from fossil fuels.

And as the climate crisis became ever more visible and tangible in recent years, did Koch and his brother put the unimaginably colossal wealth they’d amassed from poisoning people and killing the earth toward undoing the damage they’d caused? No, they used it to kill public transit projects at the local level because these threatened Koch Industries’ bottom line, further hamstringing future efforts to prevent planetary catastrophe. To paraphrase Noam Chomsky, evil doesn’t even begin to describe this.

And yet, due to the limitations of language, this is the only word that comes close to describing the ghastly Koch and his vile brother: evil. David Koch was an evil man who dedicated his life to evil.

Unfortunately, there are many more like him, from the Exxon executives who covered up scientific findings of climate change to the politicians who block efforts to deal with the crisis while taking money from the fossil fuel industry. That Koch also donated a comparative pittance to museums, cancer research, and even criminal justice reform in his later years hardly compensates. None of it matters if his life’s work — the creation of an Earth uninhabitable to existing life — comes to fruition.

Koch’s death itself doesn’t matter much either; it simply means he’s been able to parachute out of the plane whose engine he sabotaged. But it’s a powerful symbol. It comes only a week after we learned the full scale of the Kochs’ role in spreading climate denial, and amid a truly terrifying weeks-long inferno ravaging the Amazon rainforest under Jair Bolsonaro, easily the greatest threat to global security right now. His death also comes the same week Bernie Sanders released his Green New Deal platform, the most ambitious plan by any Democratic candidate to undo the Kochs’ legacy and save human life.

So we at least have Koch to thank for laying out the stakes in stark fashion. On one side, we have a network of billionaires, corporations, and their political sock puppets intent on ending civilization so long as the money keeps flowing. On the other, we have a class-based political movement backing one of the only presidential candidates who refuses their money, and the only one who has consistently spent his career warning and trying to do something about the planetary crisis they’ve created. It’s really that simple.

We can only hope that whatever hell David Koch has gone to, it resembles the one to which he spent his entire life trying to condemn the rest of us. But ultimately, this isn’t about Koch or any of his abominable family. The only reason the Kochs have been able to do what they’ve done – just as the only reason Jeffrey Epstein was able to commit his crimes – is because of the colossal wealth they were allowed to hoard, which they parlayed into political power that they then used to set the world on the path to crisis. And if we don’t deal with this fundamental fact, there will always be more Kochs, more Epsteins, and all the other depraved elites who would happily commit us to extinction if it means another dollar.

Branko Marcetic is a Jacobin staff writer. He lives in Toronto, Canada.

This article was originally published inJacobin. Read the original here.