'You Will Suffocate Me' : Saudi Journalist Jamal Khashoggi Final Words

Riyadh initially offered multiple accounts about Khashoggi's disappearance, but later admitted that the journalist was killed by rogue officials at the consulate. 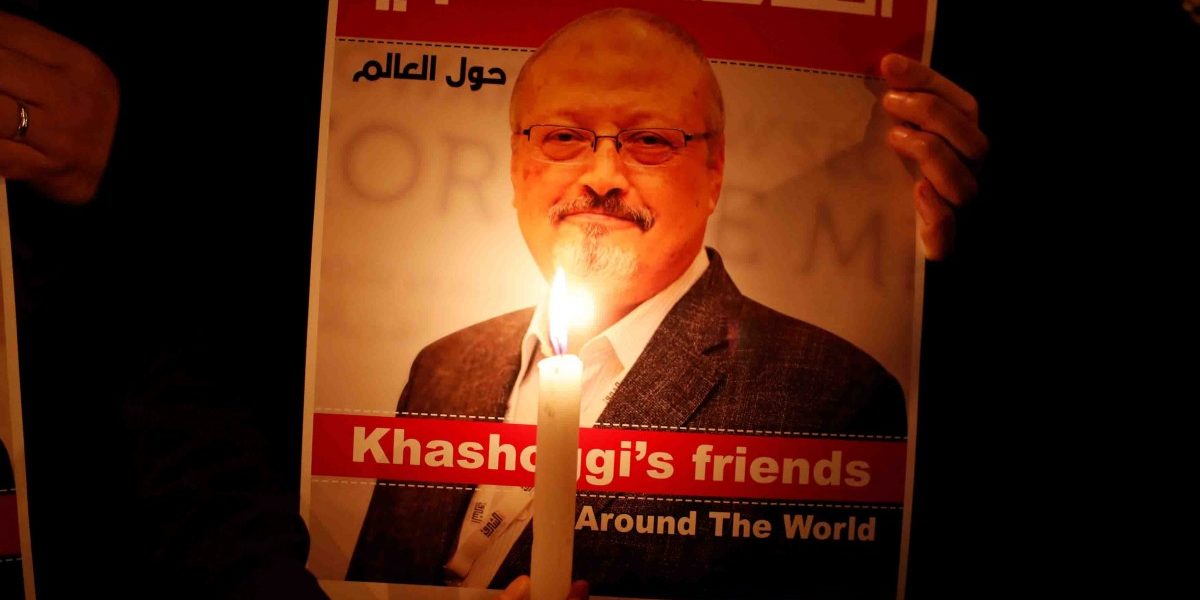 In his final words, the journalist pleaded with his killers not to cover his mouth because he suffered from asthma and could suffocate, according to the newspaper, which said the conversation was obtained by Turkey’s intelligence agency.

“The conversations recorded prior to and during the October 2, 2018 murder of the dissident journalist at the kingdom’s Istanbul consulate were obtained by Turkey’s National Intelligence Organisation (MIT) right after the gruesome incident, and were shared with related Turkish authorities carrying out an investigation into the incident, as well as with international officials and institutions,” said Sabah.

Khashoggi, a columnist for The Washington Post and an outspoken critic of Saudi Arabia’s ruling family, was killed on October 2 at the Saudi consulate in Istanbul. He had been living in exile in the United States and was picking up paperwork ahead of his marriage.

His murder sparked an international outcry. Saudi Arabia initially denied that he had been killed, and US intelligence officials, among others, accused the Saudi crown prince of direct involvement in the murder.

According to the conversation transcript published by Sabah newspaper, Maher Mutreb, a member of the Saudi hit squad tells Khashoggi that he’ll be taken to Riyadh for an investigation because of an Interpol case against him. Khashoggi protests, saying there is no legal case against him.

The hit squad members also urged the journalist to send his son a message, telling him not to worry if he doesn’t hear from him, to which Khashoggi said he won’t write anything.

The transcript showed Mutreb saying: “Help us so that we can help you. Because in the end, we will take you to Saudi Arabia. And if you don’t help us, you know what will happen in the end.”

Sabah newspaper also published Khashoggi’s last words before he was apparently drugged and lost consciousness. “Don’t cover my mouth,” he told his killers, according to Sabah. “I have asthma, don’t do it. You’ll suffocate me.”

Some of these details already appeared in a damning UN report over Khashoggi’s killing.

The UN said in June that Khashoggi was “the victim of a brutal and premeditated” murder, “planned and perpetrated” by Saudi officials.

Citing “credible evidence” that high-level Saudi officials were implicated in the murder, Agnes Callamard, the UN special rapporteur on extrajudicial executions, said in her report that Saudi Crown Prince Mohammed bin Salman should be investigated over the Khashoggi’s alleged murder.

“Khashoggi has been the victim of a deliberate, premeditated execution, an extrajudicial killing for which the state of Saudi Arabia is responsible under international human rights law,” Callamard said in her report based on a six-month probe.

In January, Saudi authorities opened the murder trial in Riyadh, with the state prosecution announcing it would seek death sentences for five of the 11 suspects. Turkish officials sought to have the Saudi suspects extradited to Turkey to stand trial there, but Saudi Arabia repeatedly turned down the requests.

Callamard denounced the lack of transparency at the kingdom’s Khashoggi murder trial.