An outspoken admirer of US President Donald Trump, Bolsonaro pledged a smaller government and to realign Brazil with more advanced economies, overhauling diplomatic priorities after nearly a decade and a half of leftist rule. 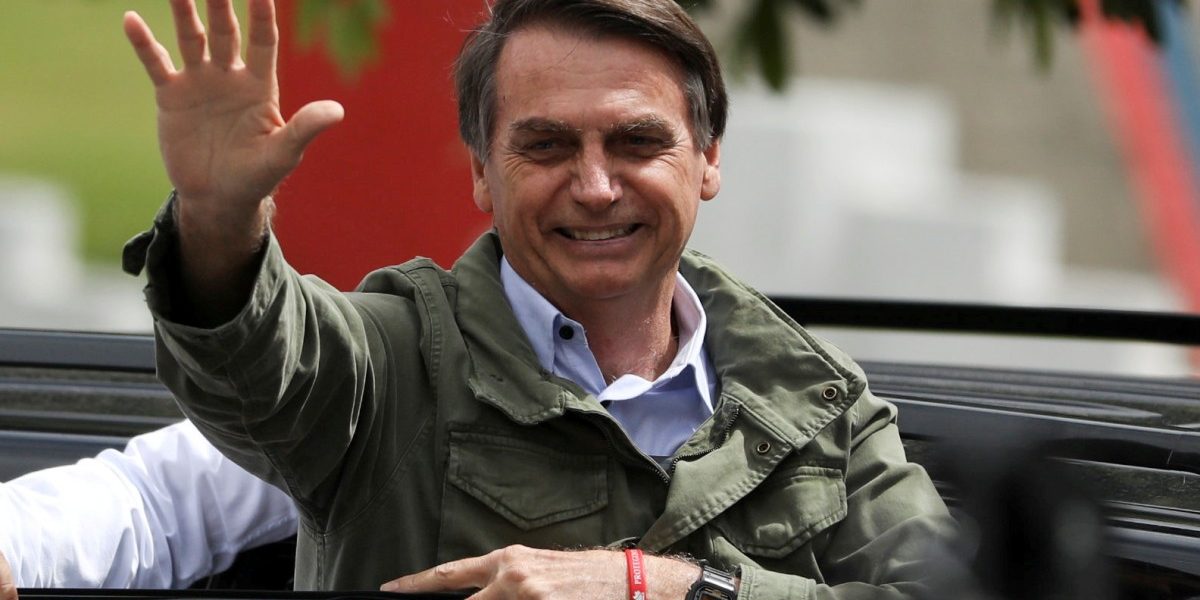 Brasilia/Rio de Janeiro: Far-right lawmaker Jair Bolsonaro won Brazil’s presidential election on Sunday, promising to clean up politics, shrink the state and crack down on crime, in a dramatic swing away from the left in the world’s fourth-largest democracy.

The former army captain, with close ties to the military, has alarmed many with pledges to sweep political opponents off the map and comments denigrating women, gays and racial minorities. In his first public comments after a landslide victory, he vowed to respect democratic principles.

An outspoken admirer of US President Donald Trump, Bolsonaro also pledged a smaller government and to realign Brazil with more advanced economies, overhauling diplomatic priorities after nearly a decade and a half of leftist rule.

Bolsonaro won 55.2% of votes in a run-off election against left-wing hopeful Fernando Haddad of the Workers Party (PT)’s 44.8%, according to electoral authority TSE.

“We cannot continue flirting with socialism, communism, populism and leftist extremism … We are going to change the destiny of Brazil,” Bolsonaro said in an acceptance address, promising to root out graft and stem a tide of violent crime.

The 63-year-old congressman’s rise has been propelled by rejection of the leftist PT that ran Brazil for 13 of the last 15 years and was ousted two years ago in the midst of a deep recession and political graft scandal.

Thousands of Bolsonaro supporters cheered and set off fireworks outside his home in Rio de Janeiro’s beachfront Barra de Tijuca neighborhood as his victory was announced. In Brazil’s commercial capital of Sao Paulo, Bolsonaro’s win was greeted with fireworks and the honking of car horns.

Govern according to Bible

Many Brazilians are concerned that Bolsonaro, an admirer of Brazil’s 1964-1985 military dictatorship and a defender of its use of torture on leftist opponents, will trample on human rights, curtail civil liberties and muzzle freedom of speech.

In his acceptance speech, he promised to govern according to the Bible and the country’s constitution.

The live broadcast of his speech was preceded by a prayer led by lawmaker, pastor and gospel singer Magno Malta, underscoring Bolsonaro’s ties to evangelical churches that backed him for his pledge to defend Christian values, including his stance against abortion.

Bolsonaro said he would “unite Brazil” by cutting bureaucracy and freeing up businesses to prosper. He said he was committed to fiscal discipline and called for the early elimination of the federal government’s budget deficit.

“We are going to think in terms of more Brazil and less Brasilia,” he said referring to the nation’s capital.

The president-elect said he would shift Brazil’s foreign policy towards a focus on relations with developed industrial nations that he said could offer Brazil technology to add value to its economic output.

The seven-term congressman has vowed to crack down on crime in Brazil’s cities and farm belt by granting police more autonomy to shoot at criminals. He also wants to let more Brazilians buy weapons to fight crime.

Voting was calm and orderly across the country, said Laura Chinchilla, the former president of Costa Rica who is head of the Organisation of American States’ Electoral Observation Mission. Brazil has suffered a spate of partisan violence during the polarised campaign.