Pell, the highest ranking Catholic worldwide to be convicted of child sex offences, was jailed for six years in March. 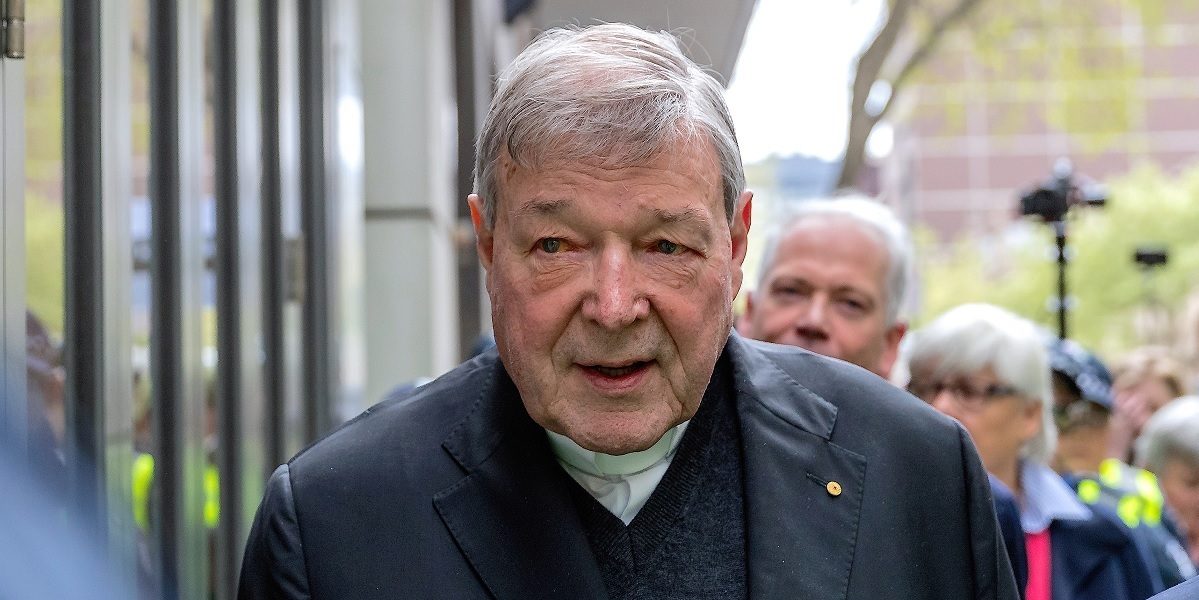 Melbourne: Former Vatican treasurer Cardinal George Pell will remain in prison for at least another three years after losing an appeal against his conviction for sexually abusing two 13-year-old choir boys, an Australian court ruled on Wednesday.

Pell, the highest ranking Catholic worldwide to be convicted of child sex offences, was jailed for six years in March after being found guilty on five charges of abusing the two boys at St Patrick’s Cathedral while he was Archbishop of Melbourne in the late 1990s.

Supreme Court of Victoria Chief Justice Anne Ferguson said two of the three judges hearing Pell’s appeal “decided that it was open to the jury to be satisfied beyond reasonable doubt that Cardinal Pell was guilty of the offences charged” and rejected his appeal.

Under the terms of his sentencing, Pell will be eligible for parole in October 2022, when he will be 81.

Pell, wearing a black suit with a priest’s collar, sat quietly in the court with no discernible expression as Ferguson read the judgment.

The jury in his trial heard testimony from a victim who described how Pell had exposed himself to the two boys, fondled their genitals and masturbated, and forced one boy to perform a sex act on him. The other victim died in 2014.

“I am grateful for a legal system that everyone can believe in, where everybody is equal before the law and no one is above the law,” the surviving choir boy, now in his 30s, said in a statement read out by his lawyer, Vivian Waller.

“The criminal process has been stressful. The journey has taken me to places that, in my darkest moments, I feared I could not return from,” he said in the statement.

Pell’s spokeswoman, Katrina Lee, said he maintained his innocence and his legal team was examining the judgment to determine whether to lodge a special leave application to the High Court of Australia to hear a final appeal. Pell has 28 days to file the application. 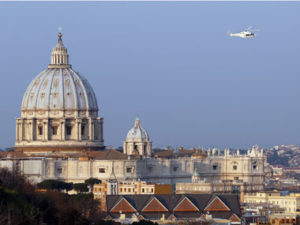 The Vatican said it acknowledged the court’s decision and remained committed to pursuing clergy who carried out abuse.

“As the proceedings continue to develop, the Holy See recalls that the cardinal has always maintained his innocence … and that it is his right to appeal to the High Court,” the Vatican said in a statement.

Pell’s case has attracted global attention because it brought a growing crisis of sexual abuse in the Catholic church, spanning scandals in the US, Chile and Germany, right to the heart of the papal administration.

The pope has said he would wait for Australian civil justice to take its course before commenting on the case.

Pell was taken back to the Melbourne Assessment Prison on Wednesday and is likely to be moved to a medium-security prison in a rural area in the west of Victoria state where most of the roughly 700 prisoners are sex offenders, including priests.

“Corrections authorities conduct rigorous security and risk assessments on anyone coming into the prison system to ensure their placement is safe and secure,” the Justice Department said in a statement. It does not comment on individual prisoners.

Pell appealed against his conviction to Victoria’s Court of Appeal on three grounds, mainly on the argument that the jury’s verdict was unreasonable based on the evidence at the trial.

However, the court ruled in a 2-1 judgement that the conviction was reasonable, with two judges saying the surviving victim was a “compelling witness, was clearly not a liar, was not a fantasist and was a witness of truth”.

In contrast, they said the evidence by people supporting Pell varied in quality and consistency.

Small groups of activists and victims of abuse gathered outside the court and cheered when they heard the verdict.

Lisa Flynn of Shine Lawyers, representing the father of the choir boy who died, told reporters the judgment sent a “positive message to survivors that they will be heard and that they won’t be called fantasists”.

Pell is still a cardinal in the Catholic Church and would still be a priest even if he resigns that position.

The Vatican’s Congregation for the Doctrine of the Faith (CDF) would have to find him guilty in a separate canonical trial or abbreviated procedure, known as an “administrative process”, before he could be dismissed from the priesthood.

The CDF has been looking into the accusations against Pell since his conviction in Australia.

Prime Minister Scott Morrison said the courts had done their job and that he expected Pell would lose his Australian honors.

The governor-general of Australia said in a statement Pell’s Companion of the Order of Australia, awarded in 2005, would be reviewed once all legal proceedings were finished.

The dissenting view from Justice Mark Weinberg said the victim “was inclined to embellish aspects of his account” and the evidence contained enough discrepancies and inadequacies to cause him to doubt Pell’s guilt.

The Australian judges said Pell should not be made a “scapegoat for any perceived failings of the Catholic church nor for any failure in relation to child sexual abuse by other clergy”. They said his conviction and sentence was not vindication of the trauma suffered by other victims of abuse.

The Australian Catholic Bishops Conference, the Catholic church’s top body in Australia, said it accepted the court’s decision and acknowledged the pain that those abused by clergy have experienced through Pell’s trials and appeal.

The current archbishop of Melbourne, Peter Comensoli, said he stood ready to offer pastoral and spiritual help to Pell’s victim, should he seek it.