EU officials strongly oppose the May decision by the US to withdraw from the nuclear agreement and have sought to salvage the deal in some form. 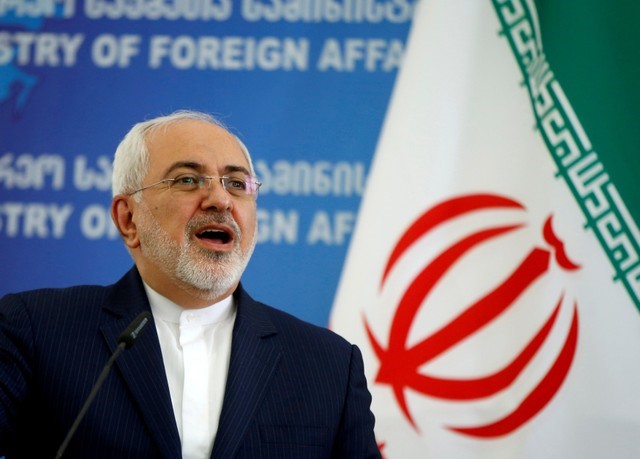 Berlin: Europe should take action to neutralise the consequences of the US decision to quit a 2015 Iran nuclear accord to ensure its own long-term economic interests, Iran’s foreign minister said in an interview published on Saturday.

Mohammed Javad Zarif told Germany’s Der Spiegel news magazine that Iran could “reduce its implementation” of the agreement and possibly increase uranium enrichment activities if the nuclear agreement was jeopardised by “the actions of the Americans and the passivity of the Europeans.”

“The Europeans and other signatories must act to offset the consequences of the US sanctions,” Zarif told the magazine, calling a package of measures drafted by Europe an important step that should now be implemented.

“What is paramount: Europe should do so not for Iran, but for its own sovereign and long-term economic interests.”

EU officials strongly oppose the May decision by the US to withdraw from the nuclear agreement and have sought to salvage the deal in some form.

Germany on Friday said it was considering setting up a payment system with its European partners that would allow continued business transactions with Iran once US sanctions kick in.

However, German officials concede privately that such a system would not prevent big companies that rely on US exports to escape US sanctions if they continue to sell to Iran.

Zarif said Tehran’s biggest priority was to continue to sell a reasonable amount oil worldwide and return the proceeds to Iran, as well encouraging investment and cooperation in areas such as technology and research.

“Europe said the nuclear agreement was in its security interest. Then Europe must be ready to pay for its security,” Zarif said. “Nothing is for free.”

He said Europe should be “ready to pay for its security” by implementing a EU “blocking agreement” under which it can punish European firms for withdrawing from Iranian business deals to avoid US sanctions.

“The question is whether European wants its companies to follow European laws or American ones, or whether it will submit to the American dictates,” Zarif said.

He said Iran had options to act if Europe failed to act to compensate Iran for the US sanctions.

“We do not necessarily have to cancel (the agreement). Article 36 of the agreement and Security Resolution 2231 make it possible to reduce implementation, without cancelling it,” he said.

Asked if Iran could resume increased enrichment of uranium, he said, “That would be one of the possibilities.”

Zarif said Tehran would not “waste its time” on additional negotiations with the United States about Iran’s behaviour in the region unless Washington rescinded its decision to withdraw from the nuclear agreement.

“Only when Europe ensures that (the agreement) is implemented can Iran see if the attempt should be made to talk about other issues,” he said.