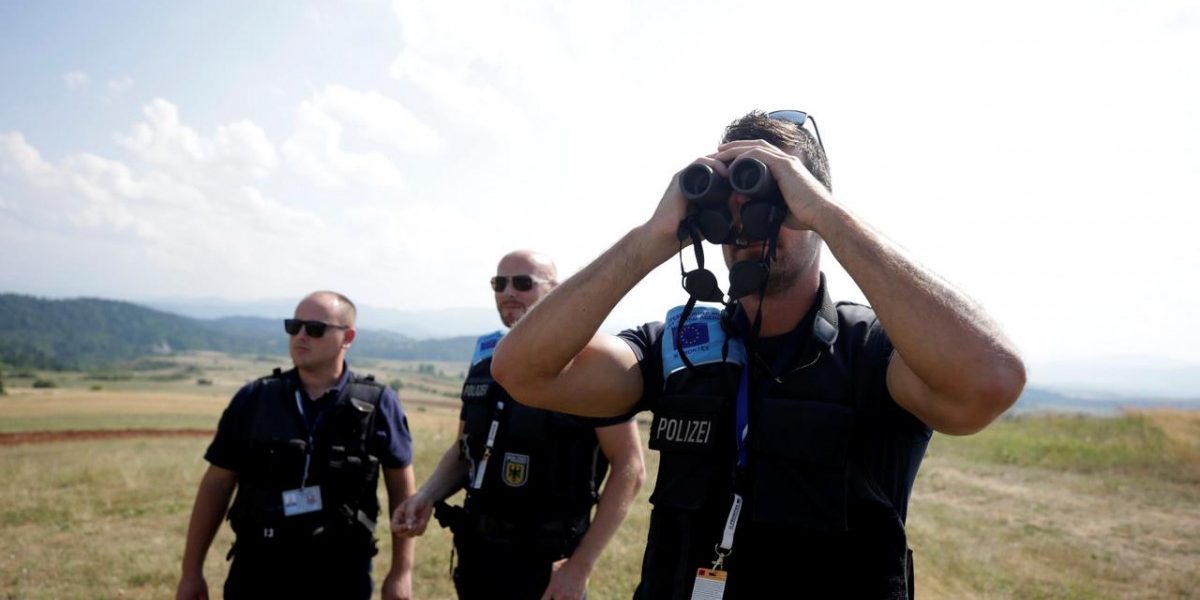 A member of the European Border and Coast Guard Agency (FRONTEX) uses binoculars as he patrols with his colleagues near Albania-Greece border, in Kapshtica near Korce, Albania, July 23, 2019. Picture taken July 23, 2019. Photo: Reuters/Florion Goga

The European Union on Friday adopted a regulation proposed last year by the European Commission that reinforces existing security forces and establishes the first uniformed, standalone border security corps in the bloc.

In a statement on its website, the European Commission said that the move will increase the European Border and Coast Guard Agency for the Schengen area, known as Frontex, to a standing corps of 10,000 border guards by 2027. It also increases Frontex’s mandate to facilitate greater cooperation with non-EU countries.

Currently Frontex has around 1,300 officers deployed at a given time for short missions.

“This will give the Agency the right level of ambition to respond to the challenges facing Europe in managing migration and its external borders,” read the statement.

Brussels deploys the border security forces to external borders of the bloc for general management purposes or in the cases of crises, as in 2015 when around a million asylum seekers, many from war-torn Syria, entered the EU.

Security on the ground

The agency has called this new corps “Europe’s first uniformed service.” In October they began efforts to recruit over 700 new border guards to take up their posts in January 2021.

Member states remain responsible for managing their external borders. The corps will be charged with identity checks and authorising or refusing entry, among other tasks on the ground.

European Commission President Jean-Claude Juncker announced in 2018 that the Commission would reinforce border security forces in order to “provide the agency with its own equipment to allow it to respond to challenges as they arise.” The European Parliament and Council agreed on the proposal earlier this year before moving to formally adopt the regulation on Friday.

As a next step, the European Parliament and European Council will sign the final agreement. The new corps will be ready for deployment starting in 2021.