Voter turnout was the highest in decades, and major parties have seen their power shrink, with populists and Greens making gains. 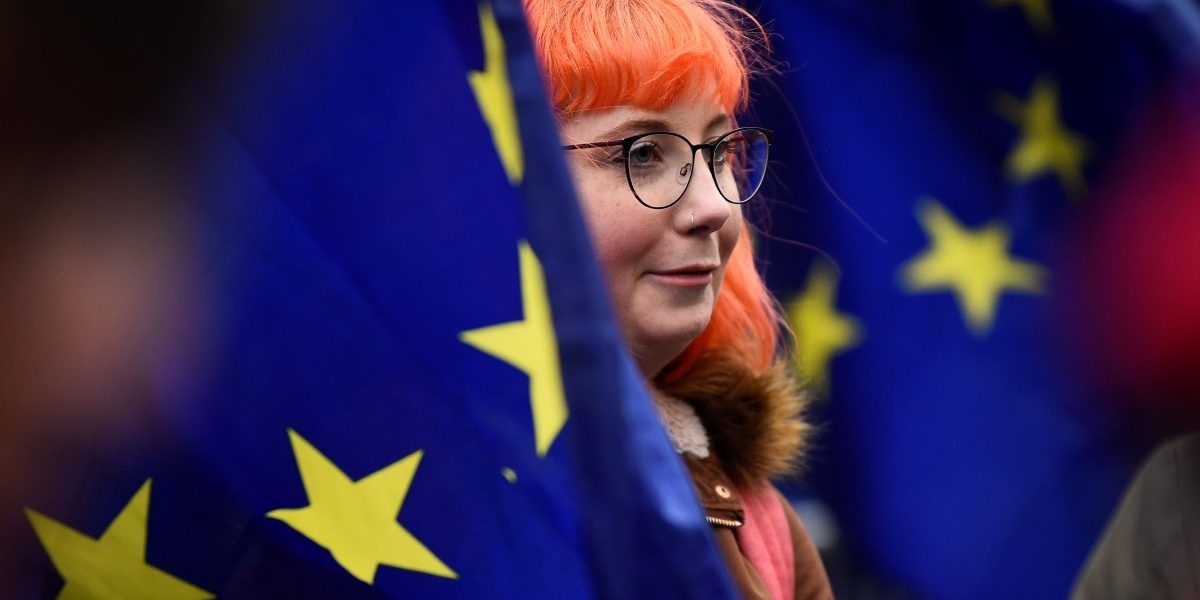 The biggest surprise this European Union election was the high voter turnout. Nearly 51% of the 400 million eligible voters cast their ballots, 8% more than the previous election in 2014. Protests against climate policy, school striking teenagers and the urge to defend the EU against euroskeptic, right-wing populist parties appear to have mobilised voters.

Margrethe Vestager, the EU’s competition commissioner from Denmark with the liberal ALDE bloc, told DW that voters had realised what was at stake.

“Voting is power,” said Vestager, who herself wants to become the next president of the European Commission.

The lead candidate for Europe’s Socialists and Democrats, Frans Timmermans, said the high voter turnout sent “a great signal for a functioning democracy.”

The liberal and Green blocs in the European Parliament have made strong gains. The German Greens, with about 20% of the vote, beat the Social Democrats to come in second place behind the conservative Christian Democratic Union (CDU) and their Bavarian counterparts, the Christian Social Union (CSU). On a national level, it’s the Greens’ best result ever.

German politician Udo Bullmann, head of the socialist group in the European Parliament, was disappointed by the outcome of Sunday’s vote and admitted to DW that his party had underestimated the issue of climate change. He said that’s something the party wanted to improve upon. In Berlin, CDU leader Annegret Kramp-Karrenbauer confessed to shortcomings on environmental issues. She was, however, satisfied that despite their losses, the center-right conservatives would remain Germany’s strongest party and the strongest bloc in the European Parliament.

Manfred Weber, the lead candidate for the conservative European People’s Party (EPP) — to which the CDU belongs — has also staked his claim to the post of European Commission president.

“We haven’t won a great victory, but we are the strongest group,” he said in Brussels. He called for cooperation with the other pro-European Union parties, making special mention of the Greens.

“The Greens are also the winners of the day. This makes them a possible partner. We should sit down together and draft a mandate for the next five years,” he said. 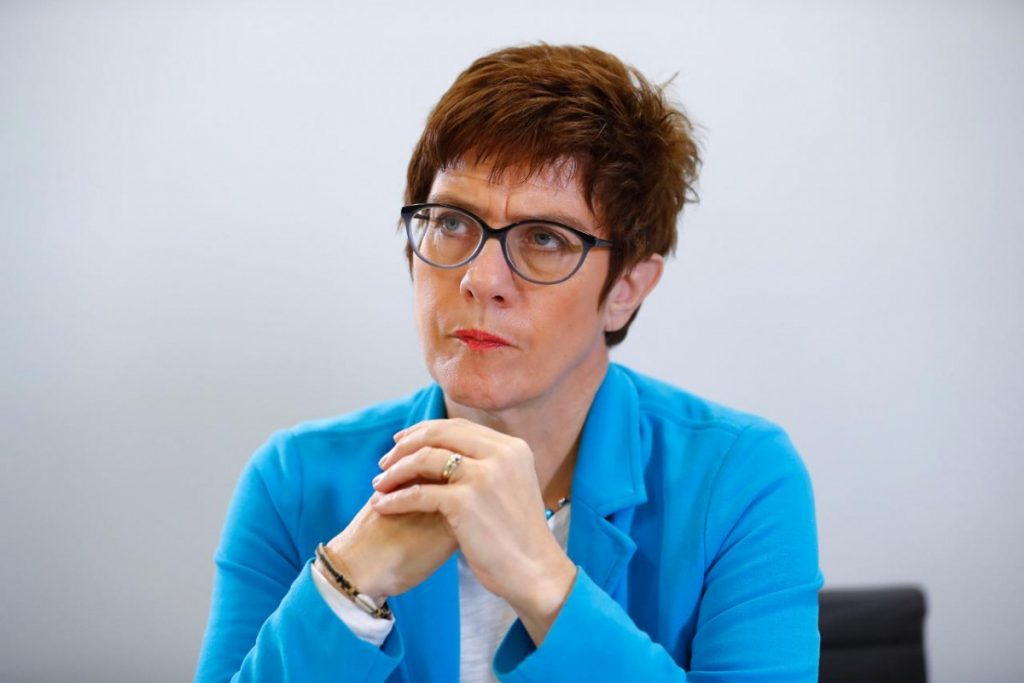 According to preliminary results, Weber’s EPP has taken 179 seats in the European Parliament, a significant drop from 216 seats in the 2014 election. The Socialists and Democrats’ share of the seats has also shrunk; they’ll have 150.

The centrist Alliance of Liberals and Democrats for Europe (ALDE) and ally En Marche, the new party of French President Emmanuel Macron, are set to claim 107 seats — a major jump from 69 five years ago. The Green bloc has also grown, from 52 to 70 seats.

Populist and nationalist parties, strong in some EU member states like Italy or France, won fewer seats across the bloc than expected. Altogether they have about 150 seats, but these are divided among three different blocs. The German nationalists, the Alternative for Germany (AfD) did not perform as strongly as expected. But in Saxony and Brandenburg they managed to edge past the CDU conservatives, bumping them into second place.

Janis Emmanouilidis, a political analyst at the Brussels-based European Policy Centre, points out that pro-EU parties still hold about 80% of the seats. “As a group, the right-wing populists are altogether not as strong as some had previously warned. We already knew that they wouldn’t have a majority, but they are perhaps weaker than we had thought.”

In Italy, the right-wing League of Interior Minister Matteo Salvini won the most votes, and in France the National Rally party of Marine Le Pen came out on top. “Macron had really tried to use his own political weight, to prevent Le Pen and her party coming out in front. And he hasn’t managed to do it,” Emmanouilidis said.

In many of the EU’s 28 member states, traditionally large parties in the center of the political spectrum struggled, while liberal, environmentalist and right-wing parties grew in strength. Emmanouilidis saw that as a sign of increasing fragmentation. “We see that the large parties have lost ground and that there will need to be a wide coalition to find a majority,” he said. In the future European Parliament, the traditional large centrist parties will have to work together with the liberals, and perhaps also the Greens.

A left-of-center majority comprising the Left, Social Democrat, Green and Liberal factions doesn’t add up. A right-of-center majority is also out of the question, because the traditional conservatives don’t want to join with the nationalists and right-wing populists.

“From now on, things get complicated, because no one can live without the other in order to have a working majority that’s sufficiently strong. So the next couple of days will be of huge interest, who’s talking to whom, what kind of coalition can get things started,” Vestager told DW.

Results across the EU

The EU elections were especially unusual in the UK, which had planned to leave the bloc in March but couldn’t get Brexit sorted out in time. The new Brexit Party of anti-EU campaigner Nigel Farage has, as expected, won the vote with 31.5%. The ruling Conservatives of outgoing Prime Minister Theresa May, who announced her resignation on Friday, were severely punished. 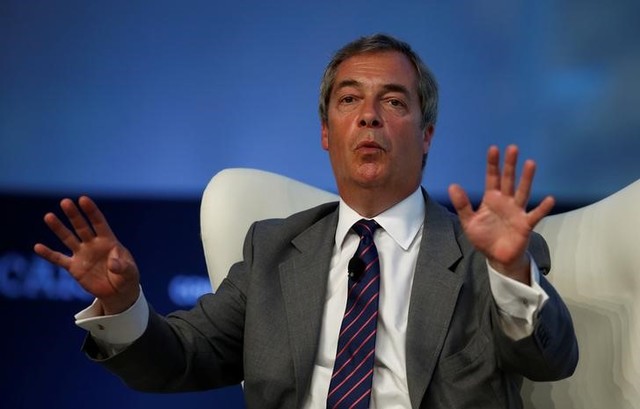 In Austria, the People’s Party of conservative Chancellor Sebastian Kurz made strong gains, despite Kurz facing a confidence vote in Vienna’s parliament on Monday. The right-wing populist Freedom Party (FPÖ,) which recently crashed out of the governing coalition, made fewer gains than initially forecast, following the recent Ibiza video scandal. Party leader Heinz-Christian Strache, who quit last weekend as vice chancellor and Freedom Party leader after a leaked video showed him appearing to offer favors to a purported Russian investor.

Meanwhile, in Germany, satirist Martin Sonneborn celebrated the electoral success of his party, called simply Die Partei (The Party). He now has two seats in the European Parliament, but still no policies.