Macron’s many loyal outriders are trying to paint a rosy picture. But rising labor disputes and challenges to his environmental record show that the French president is anything but popular. 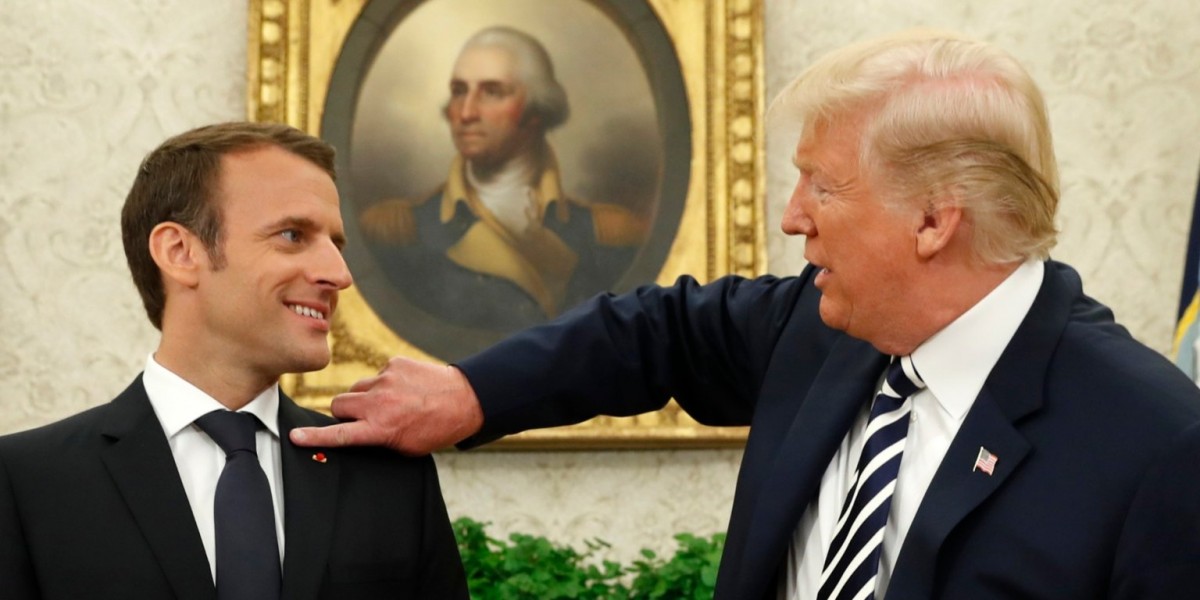 As France returns from its long summer break, pundits seem to agree the country’s embattled president is on the rise – at home and abroad.

The optimism seems to flow from two sources: first, the fact that France managed to host a G7 summit without any embarrassing diplomatic incidents involving the participants – despite the heightened risk of putting Donald Trump and Boris Johnson in the same room as other world leaders; second, the fact that it was a largely quiet summer for Macron and his cabinet at home, as is usually the case for French governments.

These are low bars to judge the success of any presidency. But the talk of a “comeback” also glosses over the simple reality: Emmanuel Macron remains an extremely unpopular president whose upticks in support have been minimal at best. The most generous of recent polls, a Harris Interactive study published last Tuesday, found Macron with 43% approval, up three points from June. Another recent poll had him at just 34%. Yet another study, conducted for France’s public radio broadcaster, found that just 25% judge Macron’s record as “positive.”

Even taking the most forgiving of views, Macron is a president with approval ratings that are on par with Donald Trump’s. If that point doesn’t always come across in press coverage of Macron, it has largely to do with the class origins of his most fervent critics. The US president is loathed by many groups of people, but nearly universally so by well-educated liberals; the French president is most hated by the working class.

To be sure, Macron’s approval ratings may not be quite as bad as those of his Socialist predecessor François Hollande at a similar point in his presidency. But they are slightly lower than Nicolas Sarkozy’s ratings at the same juncture – and dramatically below those of Jacques Chirac and François Mitterrand. Either way, year three of the former banker’s presidency doesn’t look likely to change much of this. With retirement reform on the horizon, as well as renewed grumblings from striking nurses and climate activists ready to hit to the streets, Macron could face a rocky few months ahead.

At the top of the government’s agenda is the ultrasensitive topic of retirement reform. Already pushed back several months after the gilets jaunes threw a wrench into the original calendar, it is the dossier that hangs over everything else in French politics today. While an actual piece of legislation is unlikely to emerge before municipal elections in March 2020, the government kicked off the newest phase of negotiations with unions earlier this month. Left-wingers fear a frontal attack on benefits.

All in all, France’s retirement system is relatively generous, popular, and effective. The country has the lowest share of seniors at risk of poverty in the European Union: at 7%, this rate is half the EU average. But the success is also expensive to maintain, and costs are rising due to an aeging population. Last year, the French government spent the equivalent of 14% of GDP on retirement benefits, well above the OECD average of 7.5%. For that reason, the pension system has been a prime target of Macron — and reform-minded presidents before him. For them, it’s yet another example of France’s overly generous and outdated welfare model.

Also read: France Incorporated – The Limits of the Ultra-Liberal State

Under existing rules, most people can retire as early as 62, though they receive reduced benefits if they haven’t contributed to the system for a certain amount of time. At 67, so-called “full benefits” kick in regardless. These basic rules are complemented by dozens of separate pension systems for a handful of professions, including railworkers, soldiers, and civil servants — though this may not be the case for long.

In July, the government’s high commissioner on retirement, Jean-Paul Delevoye, delivered a highly anticipated set of reform recommendations. He called for the elimination of the separate systems and the implementation of a single formula for calculating retiree benefits across the board. Naturally, this caused alarm among those who benefit from pension systems with relatively more generous formulas.

But Delevoye made another, far more controversial recommendation: an effective hike in the retirement age. Under his proposal, one could still in theory retire at sixty-two, but this would automatically come with reduced benefits. The earliest age at which one could expect to retire and collect a full pension would be increased to sixty-four. 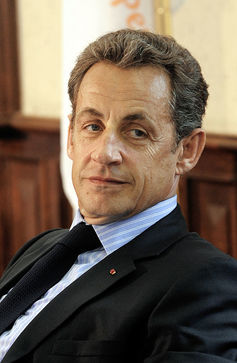 Raising the retirement age is risky business. The last time a French president tried to do so – Nicolas Sarkozy, in 2010 — it unleashed a wave of nationwide strikes and protests. Sarkozy eventually held out, and legislators approved an increase from sixty to sixty-two. But back in 1995, the government wasn’t so lucky. A proposal to cut benefits for civil servants and eliminate some of the separate pension systems sparked a series of strikes, and the government eventually backed down. It’s unclear whether Macron could weather such a storm today, though the mere fact that he put the reform on the back burner as the gilets jaunes marched on speaks to his fears.

As such, the president and his prime minister, Edouard Philippe, are taking a delicate approach this fall. They understand they need at least some trade union support to successfully overhaul the pension system—and, most important, the French Democratic Confederation of Labour (CFDT), the country’s largest labor confederation in the private sector, which is ideologically centrist and committed to negotiation over confrontation.

After the union sharply criticised Delevoye’s proposal to lift the retirement age to sixty-four, government officials backed away from the idea, insisting that it was just a proposal. Macron has since floated the idea of an agreement that instead covers the amount of time one contributes into the retirement system, quipping that “nothing has been decided.”

The head of the country’s other major union, the left-wing General Confederation of Labour (CGT), isn’t anticipating any gifts from the Élysée Palace. “I don’t think the government will announce a reduction in the number of [yearly quarters of income that are necessary to retire], but rather an increase, which will force people to retire later,” Philippe Martinez said in an interview with Libération. “It doesn’t change anything, it’s just PR.”

Grumbling on the street… But a disorganised opposition

In the meantime, a handful of movements aimed squarely at the national government roll on. Strikes and protests continue at emergency rooms across the country, where nurses and other staff have complained of overcrowding and a lack of funding. Work stoppages currently affect 233 emergency rooms, according to a workers’ coordinating committee. (The Health Ministry counts 195.)

Frustration also persists among some unions representing public school teachers. They’re demanding improved teacher-to-student ratios and pay hikes. And, of course, there are the gilets jaunes. While the movement largely faded last spring, a hardcore group continues to protest every Saturday. They’re unlikely to attract any new participants in their current form, but they remain a potent symbol of resistance to Macron. Many gilets jaunes are also ready to inject their energy into other struggles, both locally and nationally.

Over the next several weeks, they may get their chance. Protests are scheduled across France on September 20 as part of the Global Climate Strike. More climate justice marches are slated the following day – a Saturday – as part of a call to “converge struggles” backed by environmentalists, gilets jaunes, immigrant rights groups, anti-racist activists, and the left-wing union Solidaires. On September 24, the CGT confederation is leading its first national strike over retirement reform. These are all opportunities for different groups losing out from Macron’s policies to improve ties among one another and to work toward building a credible alternative.

Sadly, little initiative seems to be coming from the political parties of the Left, who are still licking their wounds after disappointing results in May’s European elections. That includes the left-populist La France Insoumise, which drew national attention in late August after a guest at its annual summer school for activists proclaimed that “one has the right to be Islamophobic.” The party then published a full video of the comments in context, in which writer-philosopher Henri Peña-Ruiz insisted he didn’t dislike Muslims per se, just the religion they practice. The fact that LFI leaders somehow considered this longer video to be an improvement of the clip that originally went viral only made things worse. It highlights an inexcusable blind spot on the French Left. Far too many continue to pretend that Islamophobia either doesn’t exist or has nothing to do with racism.

Meanwhile, the party’s emblematic leader, Jean-Luc Mélenchon, has been out of the country, touring Latin America and meeting with figures like the imprisoned former president of Brazil Lula da Silva and former Argentine president Cristina Kirchner. Alongside President Andrés Manuel López Obrador, Mélenchon offered a sharp and well-justified condemnation of the United States’ vicious immigration policy. Still, one can’t help but wonder why the deputy from Marseille can’t speak in the same tones regarding France — where authorities are regularly deporting thousands of undocumented immigrants and barring others from entering the country.

Finally, while the Greens have been basking in the media spotlight following their better-than-expected result of 13% in the EU elections, its leaders have steered clear of making overtures to other parties — at least for the moment. Some in the party appear to believe they can succeed by remaining ideologically independent: by rallying disaffected socially conscious voters under the flag of environmental justice while avoiding taking a stance on major questions of political economy.

This restrained and deliberately vague approach more or less worked for winning seats to European Parliament – which is elected through a system of proportional representation – drawing in a mix of middle-class voters from the centre left and Macron-sympathisers looking to send a message. On the other hand, the Greens’ brand is unlikely to attract enough support in municipal elections for the party to be able to govern alone in any medium-to-large-size cities. Coalitions will be key.

Alliances could vary on the ground, and tensions are thus inevitable. For example, in Paris, the Greens, Macron’s La République en Marche (LREM) party, and a high-profile dissident from LREM all appear set to butt heads as they seek to dethrone incumbent Socialist mayor Anne Hidalgo. Races in other cities could be less messy. No matter what, the Greens will have to take a stand, and it will undoubtedly upset some of their voters from May. The party can keep flying solo, wed itself to the president’s party and all it represents, or return to its original allies on the Left.

Emmanuel Macron, for his part, hopes his government’s supposed commitment to environmentalism will be enough for LREM to win over the Greens’ less-than-stable electorate. He has a fine-tuned PR machine aiming to do just that, but his record speaks for itself. Macron has backed the European Union’s free-trade agreement with Canada (CETA), a deal that gives a boost to Canada’s carbon-intensive economy and expands the use of investment dispute settlement tribunals that discourage public-interest regulations.

He has also opposed an immediate domestic ban on glyphosate, the active ingredient in the herbicide Roundup, which the World Health Organization’s cancer agency has said is “probably carcinogenic to humans.” (The European Food Safety Authority maintains the substance is safe for human use.) No matter the opinions of his many cheerleaders from abroad, these are issues Macron cannot hide from in France. And they help explain why – beyond all the noise – he remains an unpopular president.

Cole Stangler is a Paris-based journalist writing about labor and politics. A former staff writer at International Business Times and In These Times, he has also published work in VICE, the Nation, and the Village Voice.

The article was published on Jacobin. Read the original here.