A diverse field of Democratic candidates reduces to two white men with Warren bowing out. 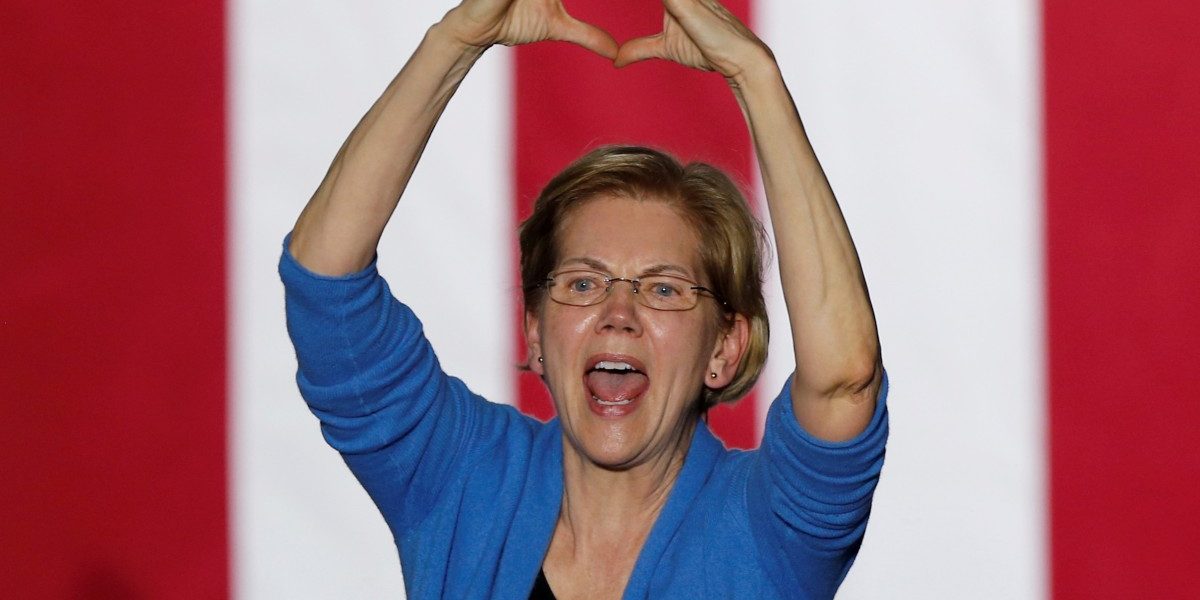 Elizabeth Warren ended her presidential campaign on Thursday, bowing to the reality that the race for the Democratic nomination has become a two-way battle between former Vice President Joe Biden and U.S Senator Bernie Sanders.

Warren, a liberal senator who won plaudits for her command of policy details, finished well behind the two front-runners on Tuesday in 14 states, including her home state of Massachusetts, leaving her path to the nomination virtually nonexistent.

It was not clear whether Warren, who still commands a loyal base of supporters, would endorse either of her rivals, which could offer either a significant boost. She had tried to position herself between the moderate Biden and the progressive Sanders, though she was more ideologically aligned with her Senate colleague.

Her relationship with Sanders may have been strained in January, when she accused him of calling her a “liar” on national television after he denied telling her in 2018 that a woman could not beat Republican President Donald Trump.

Warren’s departure ensures that what had once been the most diverse field of candidates in U.S. history will now be waged between two white men nearing 80 years old.

Also read: The Cosmic Irony of the Rise of Bernie Sanders

Biden and Sanders have stepped up attacks on each other following Biden’s unexpectedly strong performance on Super Tuesday earlier this week, a trend that continued on Thursday.

The back-and-forth between the two contenders signalled a bruising battle to come as the race turns next to six states stretching from Mississippi to Washington state, which vote on March 10.

Sanders blamed the “establishment” and corporate interests for his losses in 10 of the 14 states that voted on Tuesday, a charge Biden called “ridiculous.”

Biden received more support from black voters and women, particularly in suburban areas, exit polls found. Those two groups make up a substantial part of the Democratic electorate and were credited with delivering the party big wins during the 2018 midterm congressional elections.

Biden also pointed out that Sanders has raised more campaign cash, responding to criticism that his moderate rival is collecting money from corporate interests. Aside from candidates who have self-funded their campaigns, Sanders has boasted the largest cash hauls during this election. At the end of January, Sanders had raised $134 million while Biden raised $70 million.

Sanders has refused to hold fundraisers and instead relies on online donations. Biden, who has seen his online giving spike in recent days, also regularly holds high-dollar fundraising events.

In addition to Mississippi and Washington state, voters in Michigan, Missouri, and Idaho on Tuesday. North Dakota will hold caucuses.