Indigenous communities in Ecuador have been particularly negatively impacted by rising inflation, unemployment and economic hardships worsened by the coronavirus pandemic. 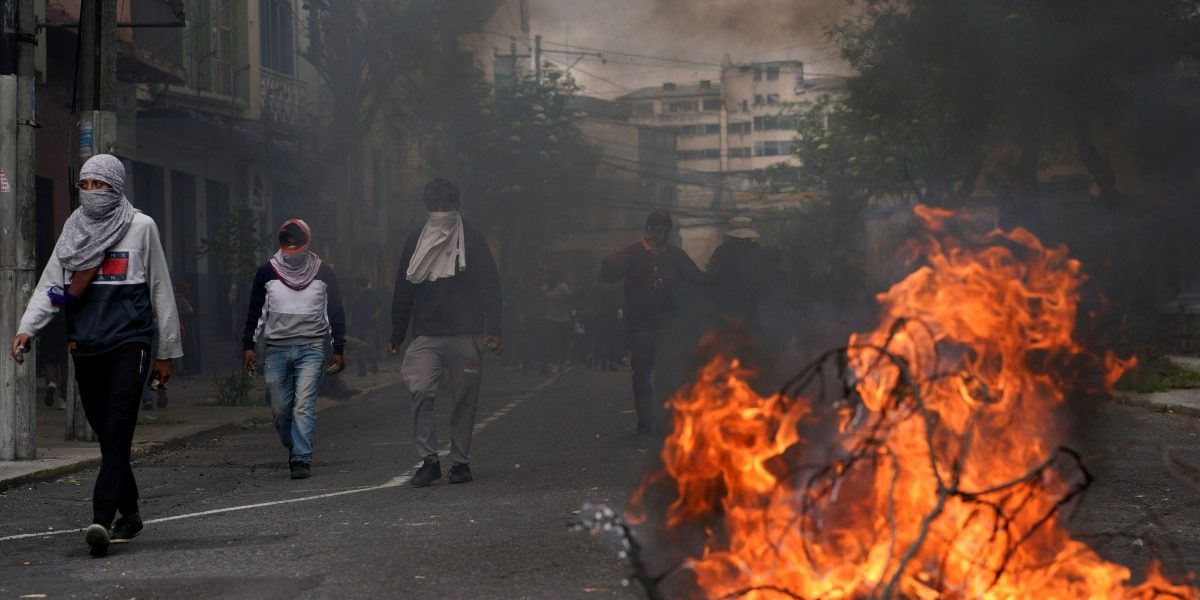 Police and protesters clashed in the Ecuadorian capital Quito on Tuesday, as demonstrations against the government’s economic and social policies entered the ninth day.

The demonstrations are being led by Indigenous groups who have blockaded roads and appealed for fuel prices to be cut. The protesters have also urged the government to put a stop to expanding the country’s oil and mining industry.

What is the latest?

Violence broke out during protests on Tuesday, as 500 protesters attempted to block a key road in the capital by burning tree branches.

Police fired tear gas in a bid to disperse the crowd.

The protesters then regrouped and marched towards the Culture Center of Ecuador in Quito. The site is usually used by Indigenous groups as a gathering point to launch demonstrations, but the building is currently being used by police as a base. Authorities lobbed tear gas at demonstrators once more in an effort to break up the crowd. Local media also reported that some demonstrators threw stones at officers.

Police reportedly seized shields and spears carried by the protesters.

An indigenous protester died in a “confrontation” with law enforcement, the leader of a human rights group told the AFP news agency.

Lawyer Lina Maria Espinosa of the Alliance for Human Rights said that the protester was hit in the face with a “tear gas bomb.”

How has the government responded?

The Ecuadorian government hardened its stance against the Indigenous demonstrations on Tuesday.

Defence Minister Luis Lara said the country “faces a grave threat” from protesters who are using road blockades and “preventing the free movement of the majority of Ecuadorians.”

Lara made the comments at a press conference while surrounded by the heads of Ecuador’s military. He said the armed forces “will not allow attempts to break the constitutional order or any action against democracy and the laws of the republic.”

Over the weekend, the government declared a state of emergency in three states over the protests.

What is the impact of the demonstrations?

The demonstrations, which began on June 13, were called by the Confederation of Indigenous Nationalities of Ecuador (CONAIE).

Indigenous demonstrators have barricaded roads across the nation. CONAIE said the blockades would not lift until President Guillermo Lasso’s government meets the group’s demands.

Protesters have called for a cut to fuel prices, a halt to the further expansion of the country’s lucrative oil and mining industries, as well as more time for farmers to pay their debts.

Indigenous communities have been particularly negatively impacted by rising inflation, unemployment and economic hardships worsened by the coronavirus pandemic.

Thousands of protesters have arrived in Quito, traveling to the capital from across the country.

The road blockades have hampered production and deliveries across the Latin American nation.