Ebrahim Raisi, Winner of Iran Presidency, Is a Hardline Judge Critical of US

Raisi was appointed by Khamenei as the judiciary chief in 2019. 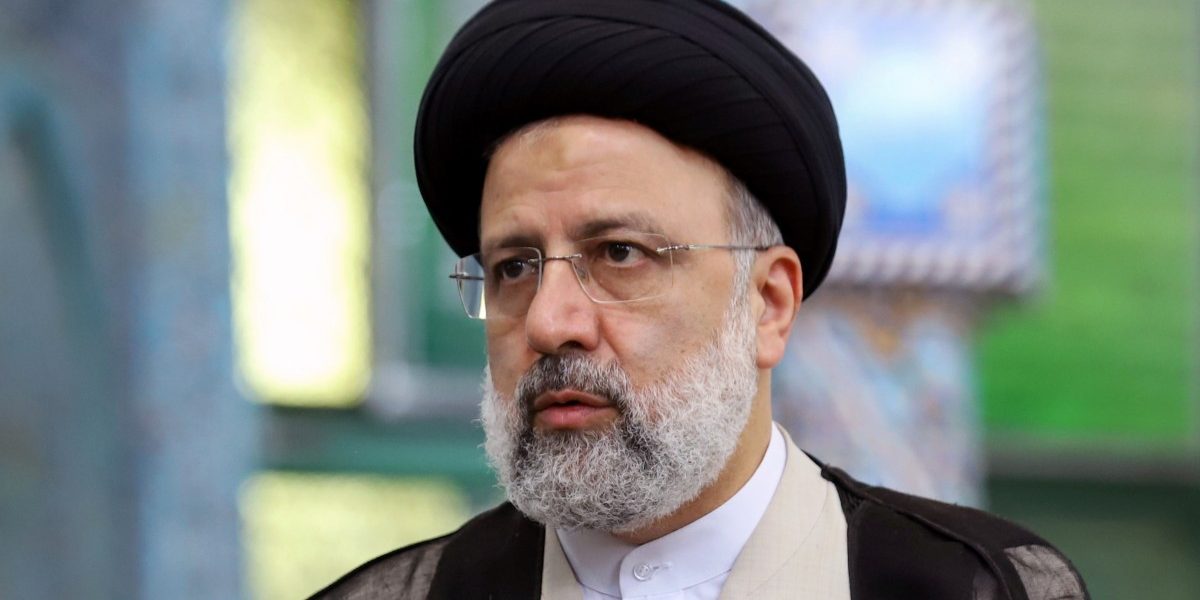 Dubai: Ebrahim Raisi’s record of fierce loyalty to Iran‘s ruling clerics helped explain why the senior judge had been expected to win Friday’s presidential election, a contest the authorities limited almost exclusively to hardline candidates like him.

The win for Raisi, 60, an implacable critic of the West whose political patron is Supreme Leader Ayatollah Ali Khamenei, burnishes his chances of one day succeeding Khamenei at the pinnacle of power, analysts say.

Accused by critics of human rights abuses stretching back decades – allegations that his defenders deny – Raisi was appointed by Khamenei to the high-profile job of judiciary chief in 2019.

Later that year, Raisi headed the legal system as authorities used the courts to suppress the bloodiest political unrest since the 1979 Islamic revolution. Iran says its legal system is independent and not influenced by political interests.

“Raisi is a pillar of a system that jails, tortures, and kills people for daring to criticise state policies,” said Hadi Ghaemi, executive director of New York-based advocacy group the Center for Human Rights in Iran (CHRI), in a statement.

Iran denies that it tortures prisoners.

A mid-ranking figure in the hierarchy of Iran’s Shi’ite Muslim clergy, Raisi has been a senior judiciary official for most of his career. He served as deputy head of the judiciary for 10 years before being appointed prosecutor-general in 2014.

Gaining a reputation as a feared security hawk, he was one of four judges who oversaw executions of thousands of political prisoners in 1988, rights groups say. Amnesty International has put the number of executed at around 5,000, saying in a 2018 report that “the real number could be higher”.

The CHRI said that those executed were “buried in unmarked mass and individual graves, based on the committee’s determination of their ‘loyalty’ to the newly established Islamic Republic. These prisoners had already been tried and were serving their issued prison sentences”.

Iran has never acknowledged the mass executions. However, some clerics have said the trials of the prisoners were fair, and the judges involved should be rewarded for eliminating the armed opposition in the revolution’s early years. Raisi himself has never publicly addressed allegations about his role.

In 2020, UN human rights experts called for accountability over the 1988 deaths, warning “the situation may amount to crimes against humanity” if the Iranian government continued to refuse to hold responsible those involved.

The United States imposed sanctions on Raisi in 2019 for human rights violations, including the 1980s executions and his part in the suppression of unrest in 2009.

Raisi, who lost to pragmatist President Hassan Rouhani in 2017, offered no detailed political or economic programme during his election campaign, while wooing lower-income Iranians by promising to ease unemployment.

However, by promising not to “waste a single moment” in removing US sanctions, Raisi signalled his support for talks with world powers aimed at reviving a 2015 nuclear deal.

A Raisi presidency will strengthen Khamenei’s hand at home, and rights activists fear it could usher in more repression.

“He would not have registered as a candidate if his chances were not all but certain, and Raisi’s decision to register would have almost certainly been guided by Khamenei himself,” said Kasra Aarabi, a senior analyst on Iran and Shia Islamist Extremism at the Tony Blair Institute for Global Change.

With the rejection of prominent moderate and conservative candidates by a hardline vetting body, voters had a choice only between hardliners and low-key moderates in the election. The turnout was, as expected, a record low amid rising anger over economic hardship and curbs on personal freedoms.

“By taking its exclusionary strategies to a new height, the Guardian Council has left no space for surprise,” said Ali Vaez, senior adviser at the International Crisis Group.

An election win would increase Raisi’s chances of succeeding Khamenei, who himself served two terms as President before becoming supreme leader upon founder of the Islamic Revolution Ayatollah Ruhollah Khomeini’s 1989 death, analysts said before Friday’s vote.

Born in 1960 to a religious family in Iran‘s holy Shi’ite Muslim city of Mashhad, Raisi was active in the 1979 revolution that toppled the US-backed Shah and continues to proclaim his fidelity to the “fundamental values” of Khamenei.

“The deep state is willing to go as far as undermining one of its pillars of legitimacy to ensure that Ayatollah Khamenei’s vision for the revolution’s future survives him when Raisi takes over the Supreme Leader’s mantle,” said Vaez.

Vaez was referring to the republican pillar of Iran‘s dual system of clerical and republican rule. Critics say the hardline election body’s rejection of leading moderate and conservative hopefuls to enter the election race has cleared the way for tyranny, a charge Iranian authorities deny.