The first case of Ebola was reported in Goma on Sunday, raising fears that the epidemic could accelerate into one of Africa's most densely populated areas and over the Rwanda border. 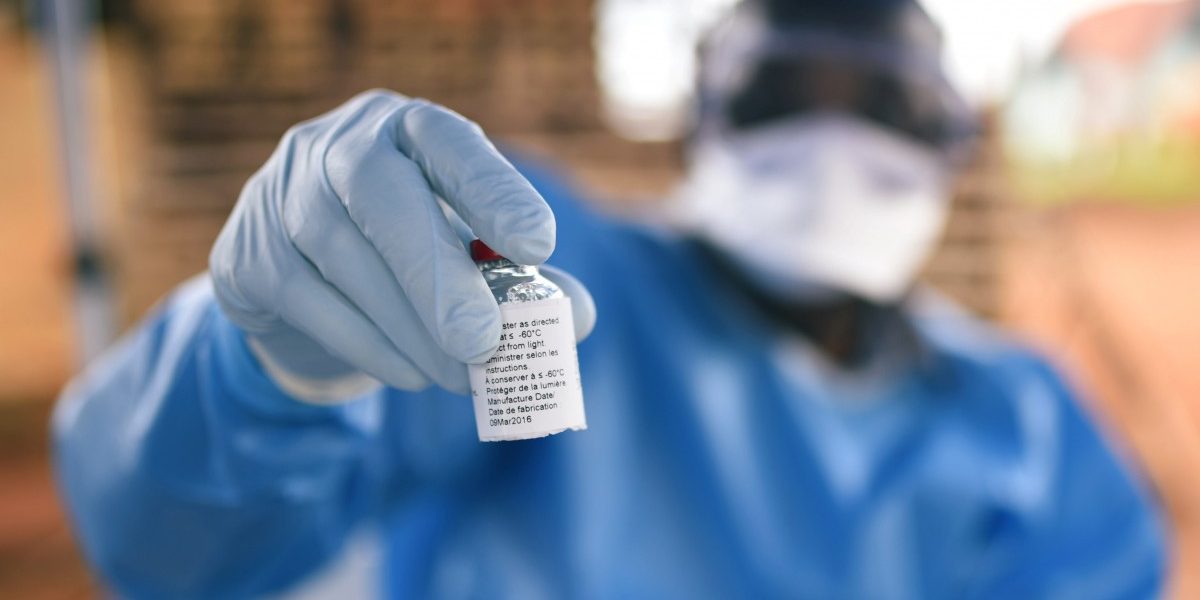 A Congolese health worker prepares to administer Ebola vaccine, outside the house of a victim who died from Ebola in the village of Mangina in North Kivu province of the Democratic Republic of Congo, August 18, 2018. Credit: Reuters/ Olivia Acland/ Files.

Goma: Ebola‘s arrival in eastern Congo’s main city of Goma severely raises the risk of the virus spreading if it takes root in this metropolis near the border with Rwanda, the World Health Organisation (WHO) warned on Monday.

UN officials and donors met in Geneva to discuss how to tackle the world’s second worst epidemic, which has infected 2,500 people and killed 1,655 in the lush farmlands of eastern Democratic Republic of Congo.

A toxic mix of armed militias and a deep-rooted mistrust of health officials by communities have hampered efforts to halt the virus.

Goma, a lakeside city more than 350 kilometres (220 miles) south of where the outbreak was first detected, got its first case on Sunday. This raised fears that Ebola could accelerate into one of Africa’s most densely populated areas and over the Rwanda border.

“The case in Goma could potentially be a game changer in this epidemic,” WHO director-general Tedros Adhanom Ghebreyesus told the meeting. “It is a gateway to the region and the world.”

The patient who brought Ebola to Goma was a priest who became infected during a visit to the town of Butembo, 200 km (124 miles) north of Goma, where he interacted with Ebola patients, Congo’s health ministry said in a statement.

He was taken back to a clinic in Butembo on Monday.

“Due to the speed with which the patient has been identified and isolated, as well as the identification of all bus passengers from Butembo, the risk of spreading to the rest of the city of Goma remains low,” the ministry said.

WHO emergencies chief Mike Ryan said they had identified 60 contacts, including 18 who were on the bus with the priest, and half of them have been vaccinated.

Goma had been preparing for the arrival of Ebola for a year, setting up hand-washing stations and making sure moto-taxi drivers do not share helmets.

“There is a grave risk of a major increase in numbers, or spread to new locations – as we’ve heard today in Goma,” said Josie Golding, a specialist on epidemics at the Wellcome Trust global health charity.

Ebola causes diarrhoea, vomiting and hemorrhagic fever and can be spread through bodily fluids. An epidemic between 2013 and 2016 killed more than 11,300 people in West Africa.

While the technology for fighting it, including vaccines and special treatment units, is better than ever, trust between health workers and the community is low – and militia violence is preventing them from accessing remote areas.

Unidentified attackers killed two Ebola health workers near Mukulia in North Kivu province over the weekend, the latest in a string of assaults this year that have injured or killed dozens of responders.

“Every attack gives Ebola an opportunity to spread. Ebola gets a free ride,” Ghebreyesus said.

Apart from insecurity, the biggest challenge is money, officials said.

“If we don’t raise more resources … it is not going to be possible to bring this outbreak under control,” the UN’s humanitarian chief Mark Lowcock told Reuters.