Dozens Die in Sudan as Military Cancels Deal with Protesters

The military council said it will not uphold an agreement with the opposition after it rejected a plan for quicker elections. Demonstrators called the deaths of 60 people a "bloody massacre." 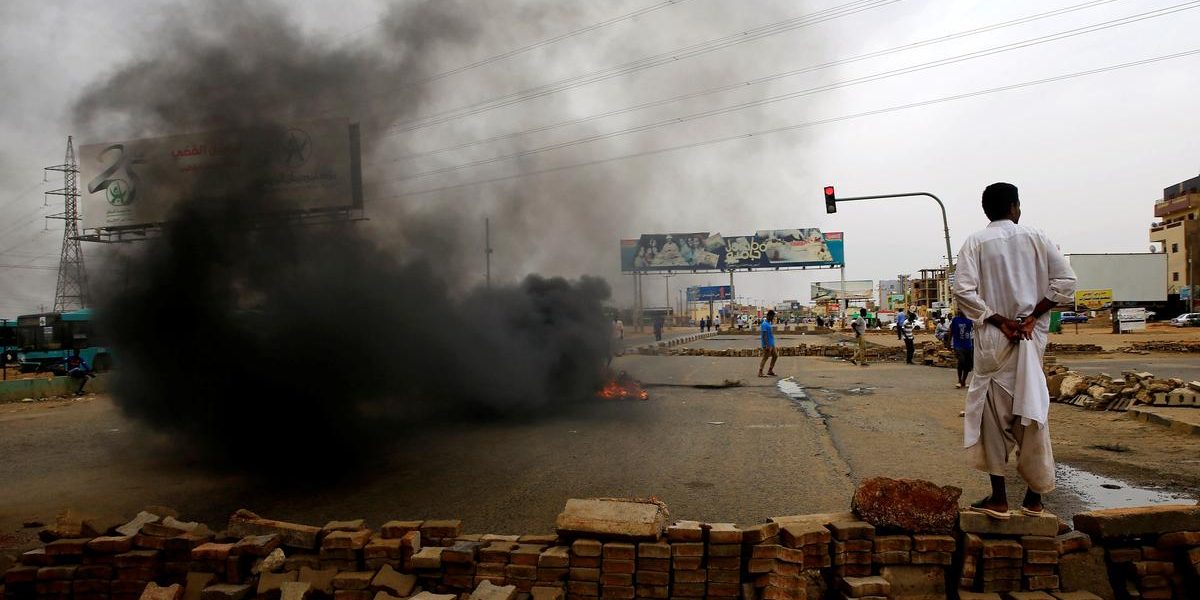 A Sudanese protester stands near a barricade on a street, demanding that the country's Transitional Military Council handover power to civilians, in Khartoum, Sudan June 4, 2019. Photo: Reuters/Stringer

The death toll among protesters staging a sit-in outside Sudan’s military headquarters has risen to 60, a doctors’ group associated with the demonstrations said on Wednesday. The deaths marked the deadliest day of violence in the country since President Omar al-Bashir was forced from power in April.

Streets in central Khartoum remained on lockdown on Wednesday, and military vehicles were patrolling its twin city Omdurman, firing shots into the air.

Tuesday’s violence came as negotiations broke down between the Transitional Military Council (TMC) and the protesters over how the country should transition to democracy following the end of Bashir’s decades-long rule.

The two sides had first agreed to plan to hold elections in three years. In the interim, a caretaker government with a president rotating between the TMC and civilians would have been put in place.

However, the military then announced it would hold elections in nine months, and appeared to walk back promises that civilians could be part of the interim government.

Omar al-Degair, a leader of the open-ended civil disobedience movement, said that they had “agreed with a large majority to this agreement presented by the TMC and we were meant to hold an expanded meeting last night to reach a final agreement,” before the TMC changed its mind.

The military council has since announced it was cancelling any agreement it had made.

The Sudanese Professional Association (SPA), one of the main protest organisers, condemned the deaths of demonstrators at the hands of security forces as a “massacre” and called for an international committee to investigate the deaths.

On Tuesday evening, the UN Security Council met to discuss a statement prepared by the UK and Germany that would condemn the violence and urge both the TMC and the opposition to “continue working together towards a consensual solution to the current crisis,” according to a draft seen by French news agency AFP.

However, China objected to the text and Russia insisted that the council first wait for a cue from the African Union.

Russia’ deputy Ambassador to the UN, Dmitry Polyanskiy said that the statement was “unbalanced” and that the group needed to be “very cautious about the situation.”