Trump, without evidence, repeated his claims of mail-in voter fraud and raised the question of a delay. Election dates, however, are decided by Congress. 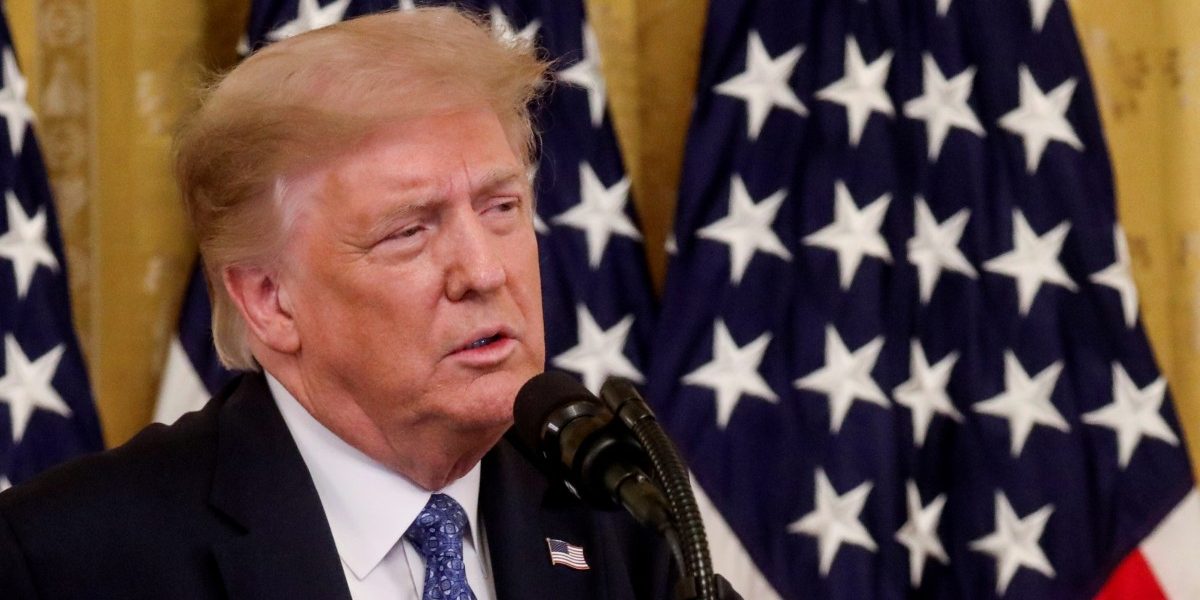 US President Donald Trump speaks about sending federal law enforcement agents to several US cities to assist local police in combating what the Justice Department has described as a "surge" of violent crime, in the East Room at the White House in Washington, US, July 22, 2020. Photo: Reuters/Leah Millis/File Photo

Washington: US President Donald Trump on Thursday raised the possibility of delaying the nation’s November presidential election despite its date being enshrined in the US Constitution, drawing immediate objections from Democrats.

It was not clear if Trump was serious and any such move would require action by Congress, which holds the power to set the timing of elections.

Trump, without evidence, repeated his claims of mail-in voter fraud and raised the question of a delay, writing: “delay the election until people can properly, securely and safely vote???”

With Universal Mail-In Voting (not Absentee Voting, which is good), 2020 will be the most INACCURATE & FRAUDULENT Election in history. It will be a great embarrassment to the USA. Delay the Election until people can properly, securely and safely vote???

Representatives for the White House did not immediately respond to a request for comment.

Trump has cast doubt on the legitimacy of mail-in ballots, which have been used in far greater numbers in primary elections amid the coronavirus pandemic. He has also made unsubstantiated allegations that voting will be rigged and has refused to say he would accept official election results if he lost.

Democrats, including presumptive presidential nominee Joe Biden, have already begun preparations to protect voters and the election amid fears that Trump will try to interfere with the November 3 election.

“A sitting president is peddling lies and suggesting delaying the election to keep himself in power,” said Democratic Representative Dan Kildee on Twitter. “Don’t let it happen. Every American — Republican, Independent and Democrat — should be speaking out against this President’s lawlessness and complete disregard of the Constitution.”

US Senator Tom Udall, also a Democrat, said, “There is no way @POTUS can delay the election. We shouldn’t let him distract us from his #COVID19 incompetence.”