Donald Trump Pushes Ahead With Legal Challenge to US Election

US President Donald Trump has not yet conceded the election to Democrat Joe Biden, who secured more than the 270 votes in the electoral college needed to win the presidency. 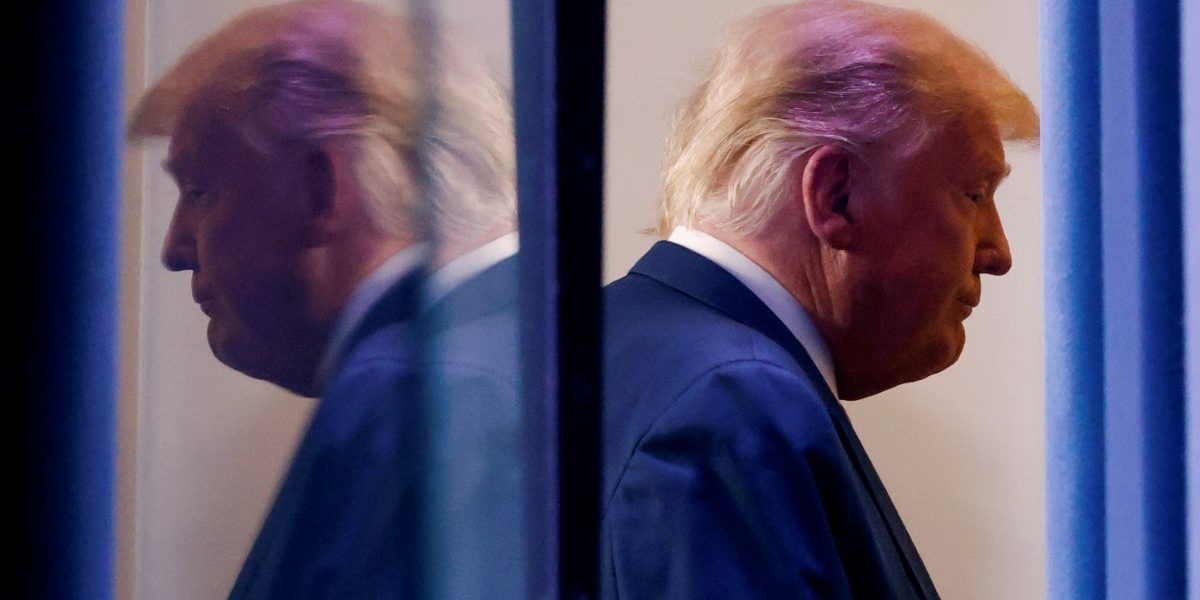 Washington/Wilmington: President Donald Trump will push ahead on Tuesday with legal challenges to the results of last week’s election after the United States attorney general William Barr told federal prosecutors to look into any “substantial” allegations of voting irregularities.

Barr’s directive to prosecutors prompted the top lawyer overseeing voter fraud investigations to resign in protest. It came after days of attacks on the integrity of the election by Trump and Republican allies, who have alleged widespread voter fraud, without providing evidence.

Trump has not conceded the election to Democrat Joe Biden, who on Saturday secured the more than the 270 votes in the Electoral College needed to win the presidency.

Barr told prosecutors on Monday that “fanciful or far-fetched claims” should not be a basis for investigation and his letter did not indicate the Justice Department had uncovered voting irregularities affecting the outcome of the election. But he did say he was authorising prosecutors to “pursue substantial allegations” of irregularities of voting and the counting of ballots.

Richard Pilger, who for years has served as director of the Election Crimes Branch, announced in an internal email he was resigning from his post after he read “the new policy and its ramifications”.

The previous Justice Department policy, designed to avoid interjecting the federal government into election campaigns, had discouraged overt investigations “until the election in question has been concluded, its results certified, and all recounts and election contests concluded”.

“Those are the very kind of claims that the president and his lawyers are making unsuccessfully every day, as their lawsuits are laughed out of one court after another,” said Bob Bauer, a senior adviser to Biden.

Earlier on Monday, Trump‘s campaign filed a lawsuit to block Pennsylvania officials from certifying Biden’s victory in the battleground state, where Biden led by more than 45,000 votes.

It alleged the state’s mail-in voting system violated the U.S. Constitution by creating “an illegal two-tiered voting system” where voting in person was subject to more oversight than voting by mail.

It was filed against Pennsylvania secretary of state Kathy Boockvar and the boards of elections in Democratic-leaning counties that include Philadelphia and Pittsburgh. Boockvar’s office did not immediately respond to a request for comment.

“The Trump campaign’s latest filing is another attempt to throw out legal votes,” Pennsylvania attorney general Josh Shapiro, a Democrat, said on Twitter. “Sleep tight. We will protect the laws of our Commonwealth and the will of the people.”

Jessica Levinson, a professor at Loyola Law School in Los Angeles, said the latest lawsuit in Pennsylvania was unlikely to succeed and “reads like a rehash of many of the arguments the Trump legal team has made in and outside the courtroom”.

“This election is not over, far from it,” Kayleigh McEnany, the White House press secretary, told reporters at a briefing in what she said was her capacity as a Trump campaign adviser.

Biden, who has begun work on his transition to the White House, will give a speech on Monday defending the Affordable Care Act, the landmark healthcare law popularly known as Obamacare, as the US Supreme Court hears arguments on a lawsuit backed by the Trump administration to invalidate it.

Trump and Republicans have repeatedly tried to do away with the 2010 law passed under president Barack Obama, with Biden as his vice president.

The Supreme Court fended off previous challenges in 2012 and 2015. The court now has a 6-3 conservative majority after Trump‘s third appointee, Amy Coney Barrett, was confirmed last month.

As Biden begins work on his transition, his team is considering legal action over a federal agency’s delay in recognising his victory over Trump.

The General Services Administration (GSA) normally recognises a presidential candidate when it becomes clear who has won so a transition of power can begin.

But that has not yet happened and the law does not spell out when the GSA must act. GSA administrator Emily Murphy, appointed by Trump in 2017, has not yet determined that “a winner is clear,” a spokeswoman said.

A Biden transition official told reporters it was time for the GSA’s administration to grant what is known as an ascertainment recognising the president-elect, and said the transition team would consider legal action if it was not granted.

“Legal action is certainly a possibility, but there are other options as well that we’re considering,” said the official, who spoke on condition of anonymity, declining to outline other options.