On Sunday night, Denmark's Prime Minister Mette Frederiksen sent her condolences to the victims' relatives and said the country had been hit by a "cruel attack." 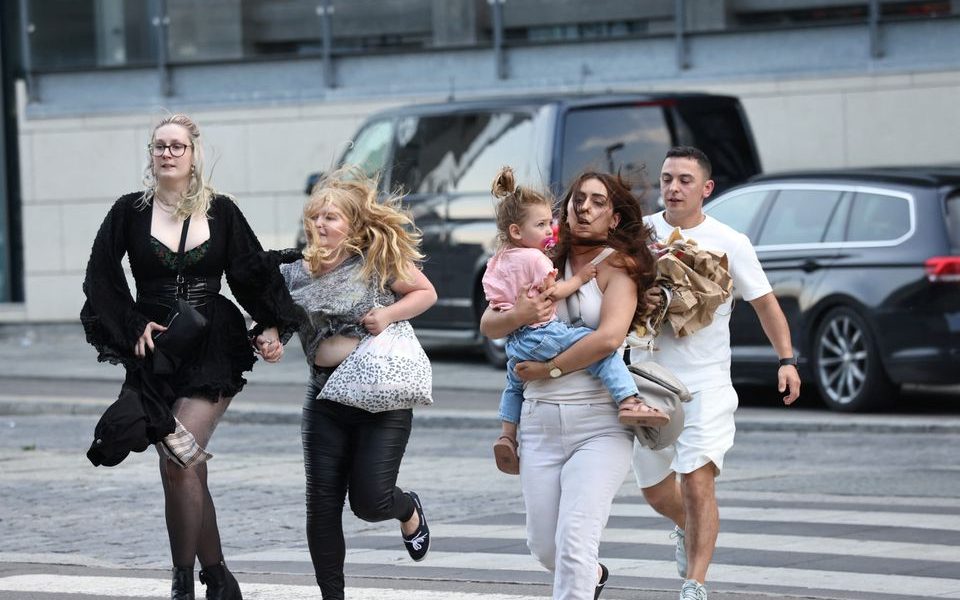 Denmark: Danish police said on July 3 that three people were killed and several others wounded, including three in a critical condition, after a shooting at a Copenhagen mall.

Officers were called to the Fields shopping center, located close to the city’s main airport, at around 5:30 pm local time (1530 UTC/GMT) after reports of a gunman firing shots.

Chief police inspector Soren Thomassen told a news conference earlier on Sunday evening that a 22-year-old Danish national was arrested in connection with the shooting.

He said police don’t currently believe anyone else was involved.

The police chief added that terrorism cannot immediately be ruled out.

Thomassen also said the shooting happened in several places within the mall.

Danish public broadcaster DR cited a local hospital as saying they were treating three people after the shooting at their trauma center.

Other local media published images showing heavily armed police officers at the scene, as well as people running out of the mall.

Police said they remained in the building in larger numbers on Sunday evening and were working to secure the area.

They said they had also increased their presence on the island of Zealand and a manhunt was underway for any possible accomplices.

On Sunday night, Denmark’s Prime Minister Mette Frederiksen sent her condolences to the victims’ relatives and said the country had been hit by a “cruel attack.”

Also Read: US Shooter Who Killed 10 Tried to Take ‘as Many Black Lives as He Could’, Say Officials

“Several were killed, even more wounded. Innocent families shopping or eating out. Children, young people and adults,” a statement from her office said, adding that the shooting was “heartbreaking” and “pointless.”

“I want to encourage Danish people to stand together and support each other at this difficult time,” she added.

The Danish royal family issued a statement urging “unity and care” in the wake of the shooting. The joint statement by Queen Margrethe II, Crown Prince Frederik and Crown Princess Mary said, “Our thoughts and deepest sympathies are with the victims, their families and all those affected by the tragedy.”

Danish newspaper Berlingske spoke to an eyewitness at the mall, who said shoppers rushed to leave the mall when the shooting began.

“It was crazy,” said store worker Chelobeth Johansen. She said she heard several shots and could see people had started running before she shut the store and left the mall herself.

“People first thought it was a thief… Then I suddenly hear shots and threw myself behind the counter inside the store,” another eyewitness, Rikke Levandovski, told TV2.

“He is just shooting into the crowd, not up in the ceiling or into the floor,” she added.

Shopper Laurits Hermansen told DR that he was in a clothing store with his family when he heard “three-four bangs. Really loud bangs. It sounded like the shots were being fired just next to the store.”

The shooting took place just hours before pop star Harry Styles was to play a sold-out concert at the Royal Arena, which is just a short drive from the mall.

Danish media reported that the gig was canceled at the last minute.

On Snapchat, Styles wrote: “My team and I pray for everyone involved in the Copenhagen shopping mall shooting. I am shocked. Love H.”

An event on the royal yacht connected to the Tour de France cycling race was also canceled, the palace said in a statement.

The first three stages of the race were held in Denmark this year.

The shooting comes just over a week after a gunman opened fire near a gay bar in Oslo in neighboring Norway, killing two people and wounding 21 others.