In a press conference, the four lawmakers said that Trump's aim was to divide the country and distract attention from his policies on immigration, health care and taxation. 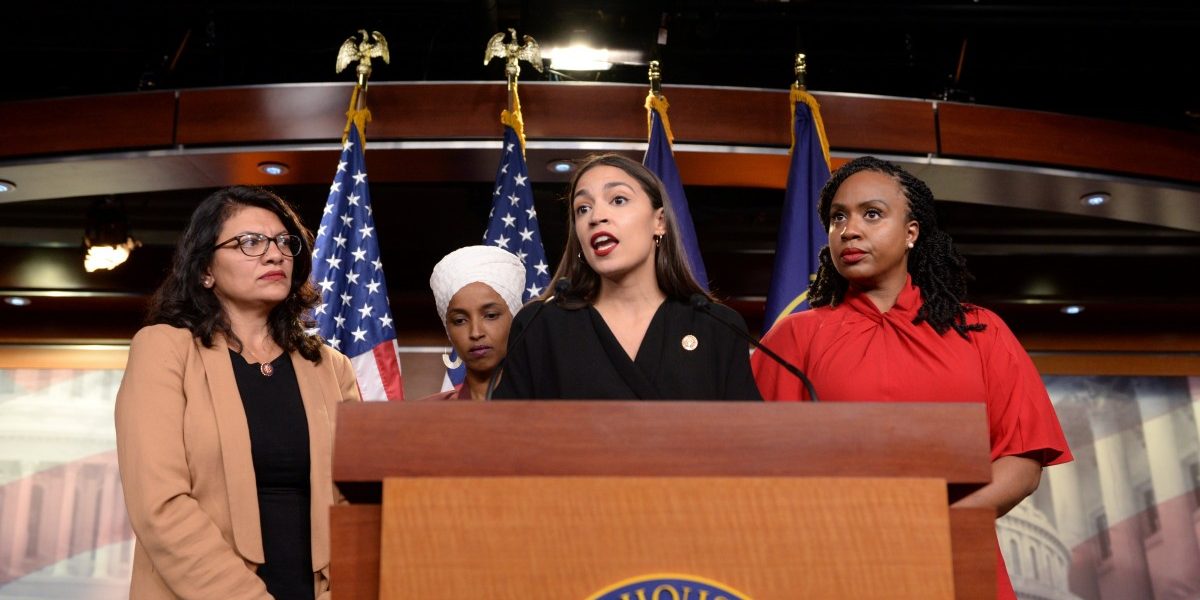 Four Democratic US congresswomen fired back at President Donald Trump on Monday, after he tweeted that they should go back to the “crime infested places from which they came.”

Three of the women who were targeted, Representatives Alexandria Ocasio-Cortez, Ayanna Pressley and Rashida Tlaib, were born and raised in the United States. The fourth congresswoman, Ilhan Omar, was born in Somalia and moved to the US as a refugee when she was 12 years old. All are US citizens.

Trump lashed out at the lawmakers in response to their continued criticism against his immigration policies. The four, who have become known as “the squad,” had recently visited a Border Patrol facility and spoken out against the treatment of migrants in detention.

Trump’s attack on the congresswomen drew wide condemnation and was deemed racist and xenophobic by critics, but it received largely muted responses from Republicans.

On Monday, Trump doubled down on his remarks to reporters at the White House and in a flurry of follow-up tweets. “These are people that hate our country,” he said.

“If you’re not happy in the US., if you’re complaining all the time, very simply: You can leave,” Trump concluded.

When asked if he was worried that his remarks would be viewed as racist, the president was unconcerned.

“It doesn’t concern me because many people agree with me,” Trump said.

The agenda of white nationalists

In a press conference, the four lawmakers said that Trump’s aim was to divide the country and distract attention from his policies on immigration, health care and taxation.

“Weak minds and leaders challenge loyalty to our country in order to avoid challenging and debating policy,” Ocasio-Cortez said.

Omar blasted Trump for launching a “blatantly racist attack” on four women of color who were “duly elected” members of Congress.

“This is the agenda of white nationalists. … This is his plan to pit us against one another,” she said.

Asked about Trump’s suggestion that she supported al Qaeda, Omar said that many Muslims in the US were familiar with that attack and that she would not “dignify it with an answer.”

Pressley said Trump did not “embody the grace, the empathy, the compassion” that the office of the presidency required.

“I encourage the American people and all of us — in this room and beyond — to not take the bait,” Pressley stressed.

The four women have been staunch opponents of Trump and were elected to office in 2018, on a wave of anti-Trump sentiment in their safely Democratic districts.

“The Squad” has also been critical of Democratic leadership and had recently sparred with House leader Nancy Pelosi over the party’s legislative agenda, which they say is not going far enough to reign in Trump.