Democracies, Including the US and India, Are Facing Challenges: Indian-American Congressman

"It is crucial that both of our democracies remain strong by remaining true to our shared highest principles, such as treating all people with dignity, fairness and respect," Raja Krishnamoorthi said. Washington: Democracies around the world, including the US and India, are facing challenges, Indian-American Congressman Raja Krishnamoorthi has said.

“Today, one cannot escape the feeling that America’s democratic institutions are facing unprecedented threats,” he said on Wednesday commemorating the ‘International Day of Conscience’, which was on April 5. He was referring to the January 6 attack on the US Capitol.

“In response to the January 6th insurrection, Americans must rededicate ourselves to upholding the core principle of any secular democracy: that individuals of all races, religions and backgrounds can express their views freely and live in peace, with their rights and safety guaranteed,” Krishnamoorthi said.

The recent wave of violent attacks on Asian-Americans, culminating in the mass shooting in Atlanta on March 16, underscores the urgency of defending the rights and security of all, he said.

“Democracies around the world are facing similar challenges, including my birth country of India – the world’s largest secular democracy. Just as in the United States, Indian people of all religious and cultural backgrounds – Hindus, Muslims, Christians, Sikhs, and others, including members of all castes – must be able to flourish and live safely with the freedom to fulfill their full potential,” said the Indian-American Congressman.

The issues that divide the Indian people and its institutions also threaten to hinder needed progress on common challenges, such as vaccinating the global population against the COVID-19 pandemic, confronting the threat of Chinese military aggression, and repairing the economy and allowing it to reach new heights, he asserted. 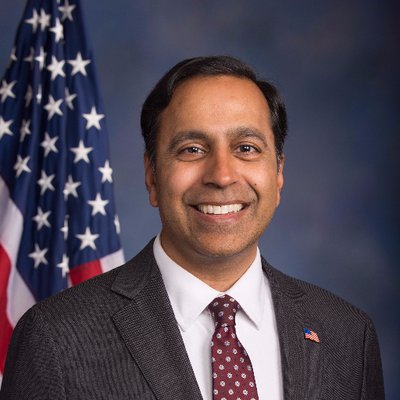 “India is an essential ally of the US on critical challenges such as security issues and climate change. It is crucial that both of our democracies remain strong by remaining true to our shared highest principles, such as treating all people with dignity, fairness and respect,” Krishnamoorthi said.

“In addition, in countries ranging from France to Germany, the UK, and other Western democracies, concerns are developing about the erosion of democratic norms and the ability of ethnic, religious, and cultural minorities to prosper. In both France and Germany, for example, recently collected data suggest there was a significant rise in hate crimes and violence against religious minorities in the last year,” he added.

Krishnamoorthi said that the horrific events in Washington, DC and Atlanta have served as striking reminders that American democracy can never be taken for granted.

“They also serve as important lessons for our fellow democracies around the globe that the rights and security of all people must always be protected and upheld. I hope this week as we celebrate the International Day of Conscience, we all reflect on how we can do more to promote the culture of peace with love and conscience,” he said.