Debate: To Understand Why Russia Invaded Ukraine Is Not to Condone It

Contrary to what the international media would have us believe, Russia’s decision makers are neither naïve nor rash. 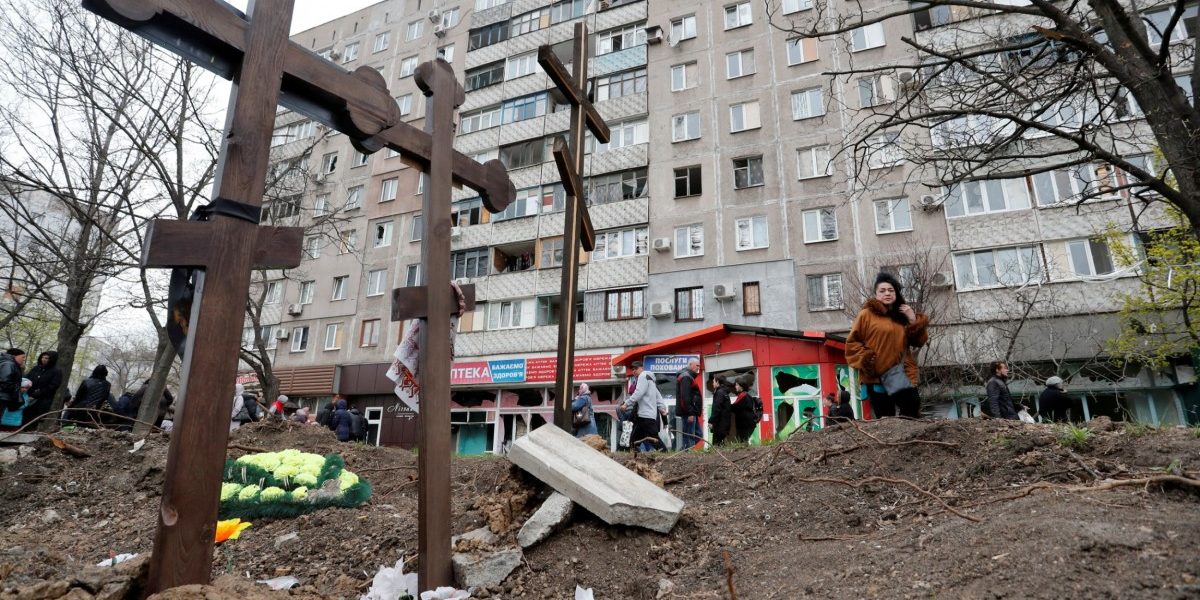 Sten Widmalm’s broadside, not only on my understanding of Russia’s invasion of Ukraine, but also on what he considers my moral ambivalence, has confirmed a suspicion that has been lurking in my mind not just since February this year, but since the Euromaidan uprising of 2014.

I have already condemned Russia’s attack on Ukraine. As Talleyrand once put it, it was worse than a crime; it was a mistake. But not because it came from nowhere. It was a mistake because it triggered a chain of consequences that are becoming increasingly difficult to control.

Contrary to what the international media would have us believe, Russia’s decision makers are neither naïve nor rash. In the 31 years since the breakup of the Soviet Union, they have made only one foray outside their immediate security perimeter. This was its targeted attack on ISIS – the putative Islamic State – in Syria. ISIS, Widmalm might remember, was a product of the mess that the US and NATO had made in Iraq, Libya and Syria. It was not the Americans but the Russians that helped to clean things up.

Russia’s two forays within its security perimeter have both been defensive in nature. The first, in 2008 into Georgia, ended in the creation of the republics of Abkhazia, which occupies virtually the entire Georgian coast of the Black Sea, and South Ossetia. The second was the annexation of Crimea. Both were triggered by NATO’s naval expansion into the Black Sea.

Russia had good reason to mistrust NATO. In 2008, the military alliance said it would like Georgia to join. Was it merely a coincidence that NATO ramped up its annual naval exercise in the Black Sea called Sea Breeze in that very same year? This was no minor flag-showing exercise; by 2011 it involved 32 ships from as many countries.

The second, graver provocation, which led to Russia’s annexation of Crimea, may also have originated in the Sea Breeze exercises. In 2011, a US missile cruiser joined the NATO naval exercise for the first time. Russia’s anxiety over this development was bound to have been heightened by the fact that, only weeks earlier, a similar American ship had fired 133 tomahawk missiles into the Tripoli region of Libya and destroyed virtually the whole of Gaddafi’s military infrastructure in a single night. The possibility that, given a strong enough pretext, it could do the same to the mammoth Russian naval base in Crimea, could hardly not have entered its leaders’ minds.

After Ukraine became independent, Russia had retained Sevastopol, only on the basis of a 25-year lease that expired in 2044. With extreme right wing sentiment on the rise in Ukraine, its planned admission into NATO and the blanket protection that Article 5 of NATO’s charter, which enjoins collective defence of any member that is under attack, would have heightened the temptation for a future government to blackmail Russia, or even cut the thread of the lease  altogether. That was a risk which Russia decided it could not take. So it invaded and annexed Crimea.

Both the Russian invasions can therefore be traced back to one cause – the continuing expansion of NATO even after the enemy it had been created to fight had ceased to exist.

In the decades since the Cold War ended, a legion of foreign policy analysts in the West have done their best to disprove this. Their constant refrain has been that the US made no commitment to Gorbachev that it would not allow NATO to expand one inch eastwards. The most they are prepared to concede is that James Baker, George H.W. Bush’s secretary of state, made this commitment to Gorbachev for only Germany, whose sudden reunification in 1989 had not been foreseen by either government.

But the official record of Baker’s meetings with Gorbachev in preparation for his summit meeting with Bush at Camp David on May 31, 1990, which was declassified in 2020, says otherwise. An exhaustive analysis of the declassified documents under a programme of the George Washington University, titled “National Security Archives: The Washington/Camp David Summit 30 years Ago”, has summed up the relevant part of those documents as follows:

“Last but not least, the issue of German unification and its potential membership in NATO drew extended discussion, with Baker offering nine assurances about changing the character of NATO from a military to a political alliance not threatening to Moscow. …The documents show ( the summary goes on)  that Gorbachev came to Washington determined to push for his idea of a European security structure, or the “common European home.”  He envisioned a gradual transformation of NATO and the Warsaw Pact into political organizations and their subsequent dissolution as the Conference on Security and Cooperation in Europe (CSCE) would become institutionalized and subsume NATO security functions.”

The CSCE had been established in Helsinki in 1975 by the US, Canada and 33 European nations including the Soviet Union. Gorbachev wanted to breathe new life into it and make it a truly European organisation. Had the Soviet Union and the Warsaw Pact survived, he might well have succeeded. But both broke up barely a year after the Camp David meeting and NATO was left as the sole politico-military organisation in Europe. In the next 20 years, it absorbed all the Warsaw Pact countries and, in doing so, brought a military organisation in search of enemies to the former Soviet Union’s doorstep. Then, after the “Orange” revolution of 2005,  it began to woo Ukraine.

Before I close my response to Widmalm, I would like to touch briefly upon three other points he has made in his attempt to discredit me. First, yes, I stand corrected: Japan did join the tripartite alliance in 1940, not 1941. But it did so three months after President Roosevelt cut off  the export of strategic materials, including oil, to Japan. So my assertion that Japan was pushed into the tripartite alliance, at least in part by an act of economic warfare, remains unaffected.

Second: as I explained in my article, the conclusion that the US’s decision to freeze Japanese assets and cut off  the supply of oil to it forced Japan into a war that it might otherwise have avoided, is not mine but Emperor Hirohito’s. The diary of his aide suggests that he was against going to war but changed his mind because of the dire need for oil.

Widmalm does not seem to understand why Japan considered the embargo on oil supplies a threat to its very existence. The reason, which half a century’s hindsight allows us to understand, is that there was a radical difference between European and American industrialisation in the 19th century and Japan’s in the 20th. The former was based upon the exploitation of raw materials and cheap labour, including slave labour, of their colonies to build ever more powerful industrial bases in the home country. That exploitation required conquest, and the conquerors differed from each other only in the degree of their cruelty.

By contrast, Japan’s industrialisation, while not devoid of colonial exploitation and its attendant cruelty to native populations, was based mainly upon its exports. It was, in fact, the world’s first exemplar of export-led growth. That is why it became the model that Taiwan, South Korea, Singapore, Malaysia and Thailand adopted in the 1960s and ‘70s, and China in the ‘80s and ’90s.

Japan had very little coal, and no oil whatsoever. That is why the embargo on oil exports to it left it with little option but to fight the US and to invade Indonesia, where oil had been discovered in 1890.

Finally, there is a slur upon my morality that I cannot allow to pass. Towards the end of his essay, Widmalm  equates understanding a particular action with condoning it, and advocating restraint with appeasement:

“Jha seems to imply that a better path forward for the Americans – and for anyone else threatened by the expansion of fascist and Nazi regimes – would have been to try to persuade their adversaries to pursue other political goals. …. Claiming the Japanese emperor had ‘no option’ but to take the decisions which led to the bombing of Pearl Harbour builds on a false view of history. Indeed, it amounts to apologetics for the actions of Germany, Italy, and Japan during the Second World War.”

Judging from the dates of his degrees, Widmalm is at least 30 years younger than I am. He knows about  the horrors of the concentration camps only from films and descriptions in books. But I saw the first photographs of the piles of dead bodies found at Belsen, Auschwitz, and heaven knows where else, that appeared in Delhi’s newspapers in 1946. I was seven years old at the time, and for months afterwards the nightmares they gave me made it necessary for someone to hold my hand till I went to sleep.

It has not been easy for me to either forget or forgive. And, lest Widmalm have any illusions on this score, try and try as I have, I have failed.