The EU is at the table. It says it is ready to compromise. Sadly, it is far from an adequate compromise. This is not a TRIPS waiver. 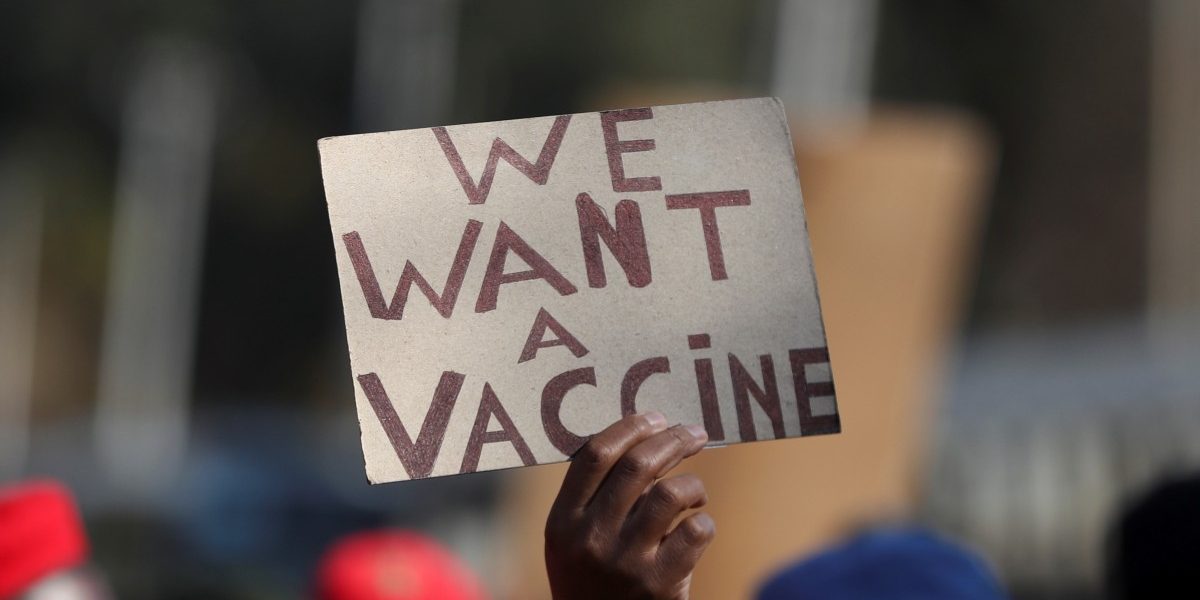 The solidarity of the human family is fracturing.

But the pandemic has shown us that countries – especially those from the Asian continent and across the Global South – can powerfully unite in common cause for the betterment of all of humanity.

India and South Africa have courageously led a group of over a hundred nations, demanding the rights to manufacture Covid-19 vaccines and treatments, at the World Trade Organization (WTO). By doing so, India and South Africa have asserted that there is something profoundly wrong about a handful of rich nations and their pharmaceutical companies such as Pfizer and Moderna getting to decide who lives and who dies across the world. They, too, have asserted that developing countries must not be a second-class partner in global affairs: but be able to take control of their own destiny.

Significant progress has been made in 18 months. Some advanced economies such as the US and Australia also came on board, agreeing in principle, recognising that extreme vaccine inequity is bad for the world.

But now all that progress is being put to the test, in decisions that will be taken in the next few days.

The European Union (EU) has been the world’s “biggest roadblock“, as former Irish president Mary Robinson described, to the developing world’s efforts to agree a suspension of intellectual property rules on COVID-19 vaccines and technologies at the WTO.

Also read | TRIPS Waiver: A BIT of a Challenge for India

For two years, the EU has actively protected the hyper-profitable pharmaceutical monopolies held over COVID-19 vaccines technologies – even while over a hundred capable manufacturers could have been making them. The global public health leader and executive director of UNAIDS Winnie Byanyima has argued that had such steps been taken, we may have ended the pandemic by now.

But finally, after huge pressure from countries and people around the world, the EU is at the table. It says it is ready to compromise. It has put this to South Africa and India and other countries. Sadly, it is far from an adequate compromise. This is not a TRIPS waiver. After millions of avoidable deaths from COVID-19 and with infections rates soaring once again across our continent, agreeing to it would indeed not be a genuine compromise, but instead a gift for the EU and their pharmaceutical corporations.

There are some positives. The fact that the EU is finally recognising, after nearly two years, that pharmaceutical monopolies are a problem is a step forward. Moreover, the EU driven proposal allows for a partial waiver of restrictions on vaccine exports for generic manufacturers. 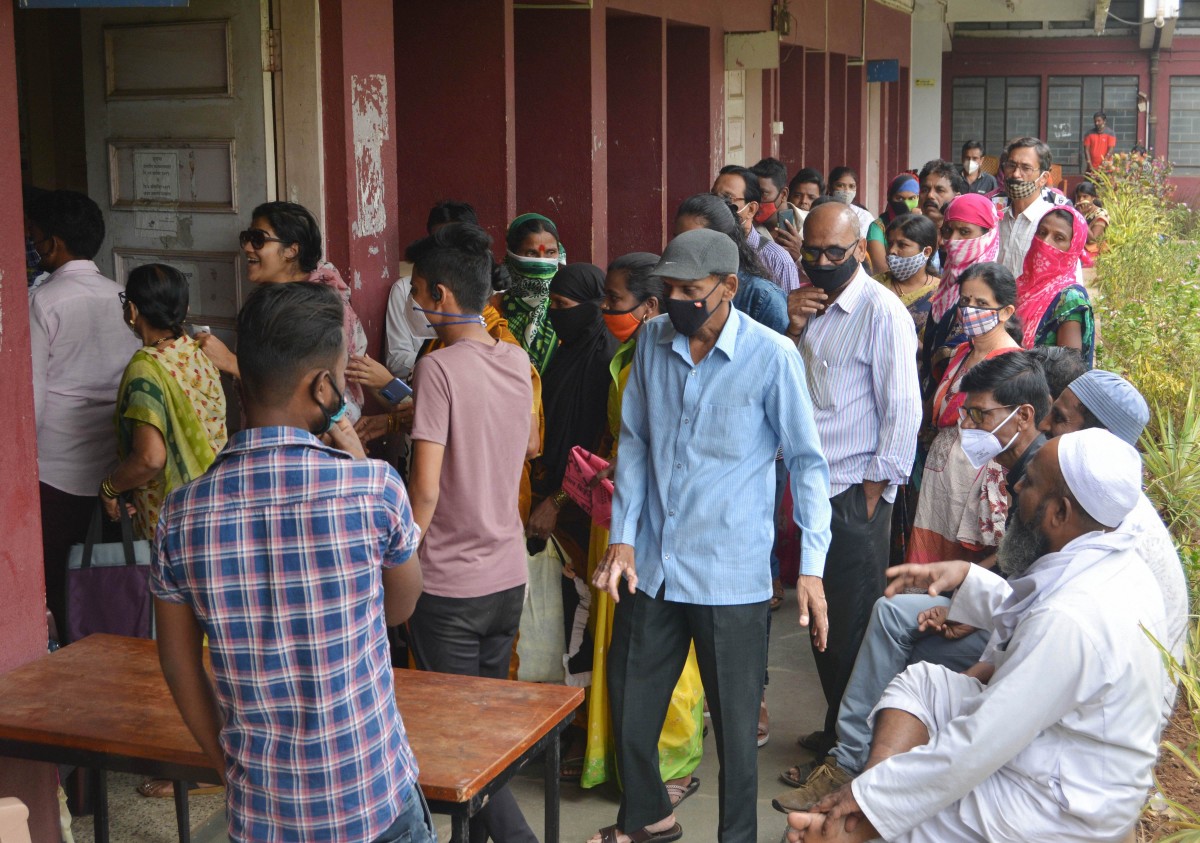 But the barriers that remain are inexcusably enormous and, if the objective is to increase and diversify vaccine manufacturing, the EU has failed to deliver. Most fundamentally, the EU-led compromise still denies developing countries and manufacturers essential information necessary to make COVID-19 vaccines. This includes manufacturing know-how, equipment, ingredients, and other information locked up as trade secrets, other forms of intellectual property and other fortresses of commercial confidentiality.

The so-called compromise only relates to vaccines despite desperate and extreme inequality in access to COVID-19 tests and treatments that could be saving lives now, especially in countries where the vaccines are not. And, inexplicably in the midst of a global health crisis, much of the world would be locked out of the agreement, including countries exporting more than 10% of the global vaccine supply, but also, as things stand, the poorest countries and non WTO members.

Perhaps most shameful of all is that far from lifting barriers, the EU has added more.

These include an onerous and nigh on impossible requirement to identify and list all patents related to a vaccine. With 280 components for the mRNA vaccines alone the patent landscape can be incredibly complex and contested; much of the information required may not even be in the public domain. Importantly for India, such patent listing is not a requirement of Indian law and endorsing it would therefore constitute a retrograde step for the nation.

We recognise some seeds of progress here. But the shallowness of this compromise is deadly.

After an estimated 20 million lives have been lost to COVID-19, at a time in which COVID-19 has killed four times more people in the poorest countries than rich countries, we must ask: is this really the best that the rich world can offer?

That is why the Global South – led by India and South Africa – must again unite to say that this is not good enough. Instead, the EU – and indeed countries such as the US – must come back to the table with better and listen to the world including their own citizens in doing so.

We must make the arguments again and again: that saving lives must come before the eye-watering profits of big pharmaceutical giants; and that a world in which low-income countries are only 10% vaccinated is a recipe for disaster in creating new variants – that is bad for the rich world too.

And we must remind ourselves too: that, by uniting as a developing world, the Global South has the power to insist on better.

Continuing the struggle for a People’s Vaccine is the morally right thing to do. It is the epidemiologically safest course of action. It is the most effective economic action to restore the fiscal health of developing nations. It is also the best way to set the right precedents on issues such as the climate crisis, in which the technologies needed to mitigate and adapt to global warming cannot be monopolised by a handful of corporations.

We have come so far. India, and South Africa, must not accept the weakness of this proposal. They must demand that it is dramatically improved before it is endorsed. They must continue to lead the Global South in the demand for equal rights to production and lead the world towards ending this pandemic.

Max Lawson is Head of Inequality Policy for Oxfam and co-chair of the People’s Vaccine Alliance.