The H-1B visa is a non-immigrant visa that allows US companies to employ foreign workers in speciality occupations that require theoretical or technical expertise. 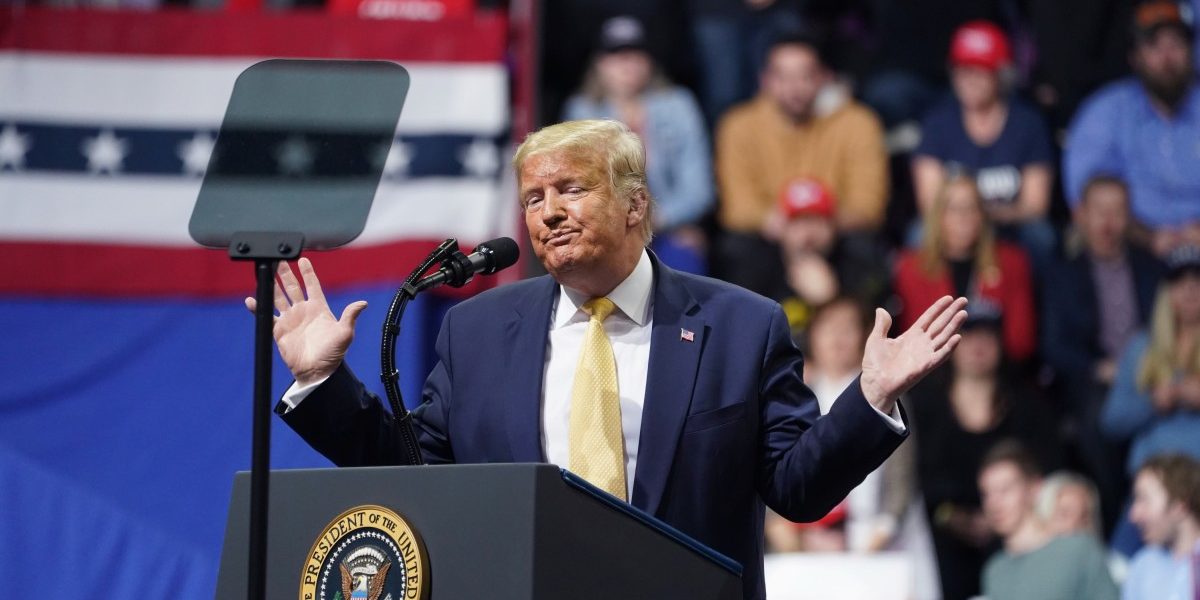 Washington: A US body representing American technology workers has urged President Donald Trump to suspend the H-1B visa programme this year, the most sought-after among the Indian IT professionals, to protect their interests amidst the massive layoffs in the country due to the coronavirus pandemic.

The H-1B visa is a non-immigrant visa that allows US companies to employ foreign workers in speciality occupations that require theoretical or technical expertise.

Companies depend on it to hire tens of thousands of employees each year from countries like India and China.

US Tech Workers, a nonprofit organisation which describes itself as representing the voices of American workers harmed by the H-1B visa programme, in its letter to Trump also urged him to suspend the H-2B visa programmes for the foreign guest workers too.

“We have written a letter asking that the H-1B & H-2B visa programme be suspended for this year due to the economic fallout from the coronavirus. Letters have been sent to the office of the President, to his Chief of Staff, & to all members of congress,” the organisation said.

With the historical displacement of workers, compounded by the current crisis, it is very concerning that the Department of Homeland Security is working to accelerate the delivery of H-1B and H2-B workers to the United States. We ask that you stand up for the productive class of this country and protect the interest of American workers, the letter said.

According to some reports, the Department of Labour would be looking at 50-70 million unemployed Americans by the end of April.

Last Thursday, unemployment claims ramped to three million, shattering the record high of 695,000 in October 1982, the letter pointed out.

We urge you to pause the H-1B visa programme that would bring in 85,000 workers this year and suspend the recently approved addition of 35,000 workers for the H-2B visa. Overall the importation of workers should be undertaken with great caution during this period of tremendous uncertainty, the letter said.

Battling both a pandemic and the resulting fallout to our economy from the coronavirus is no time to approve employment visas for more foreign workers, wrote US Tech Workers in the letter to Trump.

Economic experts fear massive layoffs in various sectors of the American economy due to the current economic distress that is only going to deteriorate in the coming months.

Even as the peak of coronavirus in the US is two weeks away, millions of people in the country have lost their jobs.

According to an estimate, some 47 million people could be rendered unemployed.

Meanwhile, a report released by the CATO Institute think-tank, said that more than 200,000 petitions filed for Indians could “die of old age” before they receive green cards. This is mainly because of the projections according to which Indian technology workers would have to wait for decades to receive permanent legal residency or a Green Card.

Based on the statistics obtained from the US government under the Freedom of Information Act, which is similar to India’s Right to Information, the institute said that for the first time, the US government has approved more than 1 million petitions for workers, investors, and their families who cannot receive legal permanent residence solely as a result of the low green card caps.

The government is approving nearly two petitions for the employment-based immigrants for every Green Card it is issuing to them. At the current rate of increase, the backlog will exceed 2.4 million by 2030, it said.

Skilled Indian workers make up 75 per cent of the employment-based backlog, and recently backlogged Indian workers face an impossible wait of nine decades if they all could remain in the line, the CATO Institute said.

A Green Card allows a non-US citizen to live and work permanently in America.

According to the estimates by the Johns Hopkins University, there are more than 850,500 confirmed coronavirus cases in the world, and over 41,000 deaths.