The Muslim veil has a long history in European politics, often becoming a battleground for different ideologies as well as a form of resistance. 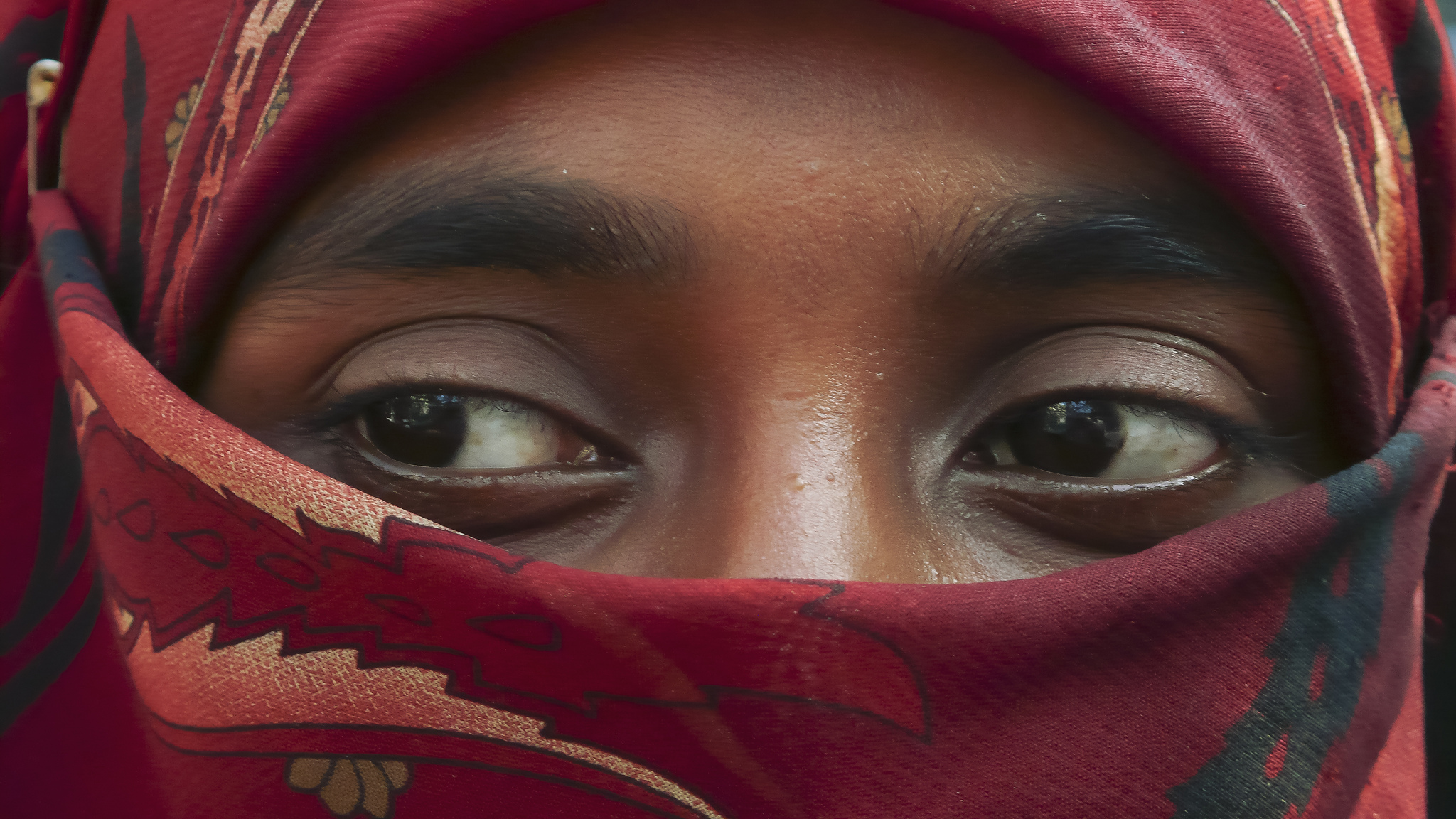 The veil has long been a form of resistance. Credit: Lain/Flickr (CC BY-NC-ND 2.0)

When the German chancellor, Angela Merkel, proposed a ban on the burqa and niqab at a conference of her political party in December 2016, she was following the lead of a number of countries in Europe which already have such legislation in place. In France and Belgium, a woman wearing a full-face veil can be jailed for up to seven days. In January 2017, there were also reports that Morocco had banned the production and sale of the burqa.

Merkel, who has faced criticism over her refugee policy, turned towards a ban on the Muslim veil as proof of her harder stance on integration in Germany.

The politicisation of the veil – whether it covers the full face (burqa), leaves the eyes open (niqab) or covers head and neck only (hijab, al-amira, khimar) – has a long history in European politics. And it often becomes a battleground for different ideologies at times of crisis.

But in the 1950s, the veil played an important role during the Algerian war of independence against French colonial rule. Frantz Fanon, a Martinique-born psychiatrist and anti-colonial intellectual, described the French colonial doctrine in Algeria as follows:

“If we want to destroy the structure of Algerian society, its capacity for resistance, we must first of all conquer the women; we must go and find them behind the veil where they hide themselves and in the houses where the men keep them out of sight.”

Fanon was a member of the Algerian National Liberation Front who considered women’s ill-treatment by the French army to embody the whole country’s situation. For him, it was impossible for the colonial power to conquer Algeria without winning over its women to European ‘norms’.

In 1958, during the Algerian war of independence, mass ‘unveiling’ ceremonies were staged across Algeria. The wives of French military officers unveiled some Algerian women to show that they were now siding with their French ‘sisters’. These spectacles formed part of an emancipation campaign aimed at demonstrating how Muslim women had been won over to European values and away from the independence struggle. They were also staged at a moment of political turmoil in mainland France, which was struggling politically and financially to maintain its colony in North Africa.

The unveilings were publicised and presented to the government in Paris as spontaneous acts. But the French leader Charles de Gaulle remained sceptical of the French settlers’ claims, and historians would later find that some of the women who participated in these ceremonies never even wore the veil before. Others were pressured by the army to participate.

A form of resistance

Following the staged unveilings, many Algerian women began wearing the veil. They wanted to make clear that they would define the terms of their emancipation – rather than being forcefully liberated by the French colonisers.

The unveilings had come a year after the end of the Battle of Algiers during which female freedom fighters began to carry explosives underneath the traditional white haik, a form of dress which dates back to Ottoman Algeria. But once this technique was detected by the army, the female fighters unveiled and chose European dress instead. This meant they could pass through French checkpoints unnoticed, allowing them to smuggle bombs – a scene depicted in Gillo Pontecorvo’s celebrated 1966 film Battle of Algiers. Almost 40 years later, the film was shown at the Pentagon following the invasion of Iraq, in order to scrutinise ‘terrorist’ strategies.

After the collapse of French Algeria in 1962, many Algerian women in urban areas stopped wearing the veil, but with the rise of Islamic radicalism in the country which led to a civil war in the 1990s, veiling became mandatory.

Mobilisation of the veil against Western systems of thought and values also occurred in the 1970s in Egypt when college-educated women returned to wearing the veil. Among the reasons cited for their choice was a rejection of Western consumerism and materialism, in favour of modesty and minimalism.

A screen on which to project anxiety

The veil offers a visible, public marker that can be mobilised to emphasise various political and social agendas. Under colonial rule, the veil became a sign that demarcated those who did not belong to the European system of thought. It continues to do so, and has become mobilised within political debates at times of crisis – for example in Germany by Merkel facing the rise of the far-right Alternative for Germany party.

According to Gabriele Boos-Niazy, the co-chair of Germany’s Association for Muslim Women, there are no more than a hundred women in Germany who wear the full-face veil. In a country of 80m citizens, this forms 0.000125%. The focus on banning the full-face veil is not rational but ideological, with Muslim women’s dress now embodying a range of wider fears around terrorism, Islam and immigration. The Muslim veil has become a screen onto which Europe’s anxieties and political struggles are being projected.

Europeans have a history of portraying the veil as foreign to the continent’s mentality – and this shows no sign of abating. Yet, considering the way Muslim women have used the veil as a way of resistance in the past, they are likely to do it again in the future.