The Swedish teenage climate change activist joined other youth leaders in kicking off two days of meetings and speeches on Washington’s Capitol Hill. 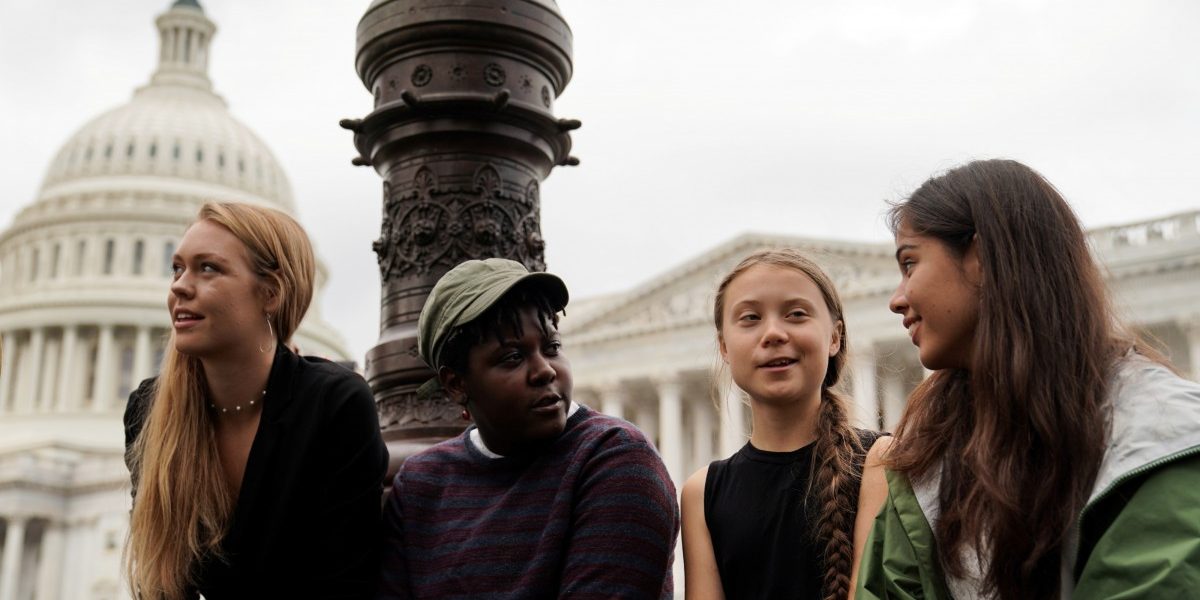 Washington Swedish teenage climate change activist Greta Thunberg on Tuesday called for action, not praise, from US lawmakers as she joined other youth leaders in kicking off two days of meetings and speeches on Washington’s Capitol Hill.

This week’s events are intended to raise awareness ahead of a global “climate strike” on Friday, when students and workers around the world are being encouraged to walk out of schools and jobs to demand action on global warming and pressure leaders due to attend the annual UN summit later this month.

“Please save your praise. We don’t want it,” Thunberg told the Senate Climate Change Task Force. “Don’t invite us here to tell us how inspiring we are without doing anything about it because it doesn’t lead to anything.”

The 16-year-old has inspired millions of students and others to join her weekly strikes to demand action to fight climate change – dubbed “Fridays for Future.” She has been nominated for a Nobel Prize.

Democratic Senator Ed Markey, chairman of the task force, called the growing number of young protesters the new “X-Factor” in politics, and said their passion could play a significant role in next year’s US presidential elections.

Also read: Interview | ‘We’re Finally Talking About Solutions on the Scale of the Crisis We Face’: Naomi Klein

“2020 is going to be a referendum on climate change,” Markey told a news conference on Tuesday. “It will be a referendum between Donald Trump and a whole new Green New Deal direction.”

The Green New Deal is a non-binding congressional resolution Markey co-sponsored with Representative Alexandria Ocasio-Cortez, a fellow Democrat, that aims to transform the US economy away from fossil fuels within a decade.

Republican lawmakers and Trump administration officials have pilloried the plan as fantasy.

President Trump, one of the few world leaders who openly question the science of climate change, has made a priority of rolling back Obama-era climate protections he says are not necessary and hurt the US economy.

Anaiah Thomas, a 17-year-old climate activist and member of US-based youth movement Zero Hour, told the senators they need to take an urgent approach to climate change and support proposals like the Green New Deal.

“What’s most important is to decide to take action today. Not in five years. Not gradually. Not tomorrow,” she said.