How the CIA and Germany's BND Spied on World Leaders

Starting in the 1970s, Germany's BND and the US's CIA used a Swiss front company to spy on world leaders for decades. 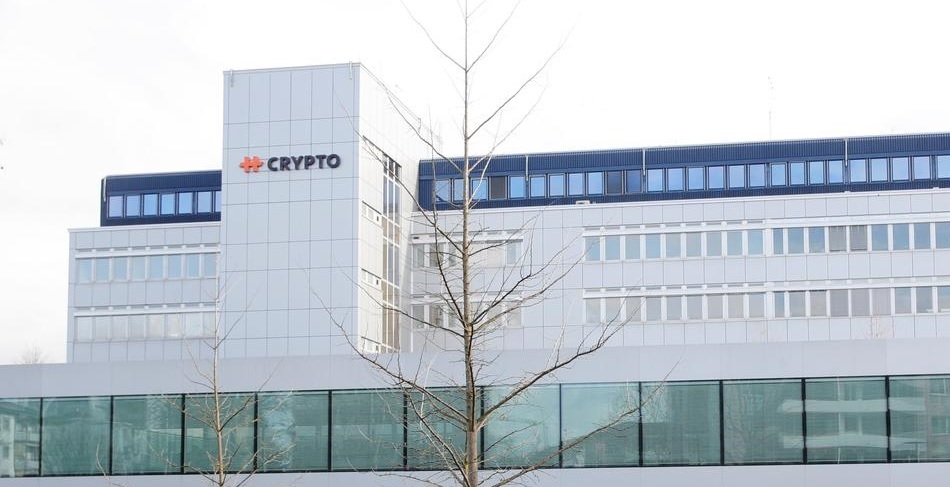 The logo of Crypto AG is seen at its headquarters in Steinhausen, Switzerland February 11, 2020. Photo: Reuters/Arnd Wiegmann

In Munich in 1970, representatives of Germany’s Federal Intelligence Service (BND) and their counterparts in the US’s Central Intelligence Agency signed a top-secret agreement. CIA spies would later say they considered the operation, called Rubicon by the BND and Minerva in the United States, the “intelligence coup of the century.”

A recent collaboration by the German public broadcaster ZDF, the US’s Washington Post newspaper and Swiss Television has revealed the entire story. According to the report, the German and US foreign intelligence services jointly operated the Swiss company Crypto AG, one of the world’s market leaders in encryption technology, founded by the Swedish inventor Boris Hagelin.

Beginning in 1970, the BND and CIA rigged encryption machines produced by Crypto AG so that they could crack communications. More than 120 countries bought Crypto AG hardware for embassies, administrative offices and government institutions.

Not even employees knew that the company was jointly owned by the international intelligence agencies. The BND covered up its involvement by using Siemens for Crypto AG’s technical and business support and enlisting a law firm in Lichtenstein to register its ownership. The spy agencies shared the profits — in 1975 alone, they did over 51 million Swiss francs in sales, the equivalent of about $19 million at the time. BND agents reportedly handed their CIA counterparts their share of the proceeds in cash at top-secret meetings in underground garages.

One day after a bomb killed three people and injured more than 200 at West Berlin’s La Belle discotheque in 1986, President Ronald Reagan said the United States had irrefutable proof that Libya was behind it. He owed that information to intercepted communications from the Libyan Embassy in East Berlin.

When the US invaded Panama in 1989, officials knew that Manuel Noriega was hiding out at the Vatican’s embassy in Panama City. The Vatican, too, relied on Crypto machines.

The BND and CIA also knew about the torture and murder carried out by dictatorships in South America. They knew when coups were planned and massacres were committed. It is unclear whether this sort of information was ever passed on to Germany’s government or the White House.

In 1981, when the UK fought Argentina in the Falklands War, the BND and CIA passed on communications intercepted from Argentina to Britain. NATO partners such as Italy, Spain and Ireland were also monitored as part of the operation.

Hans Bühler, a Crypto AG salesman and German citizen, was arrested for espionage in Iran in 1992. He was innocent, but authorities held him prisoner for almost a year. Under pressure from Germany’s government, the BND ended its participation in the operation in 1993. The BND sold its 50% stake in Crypto AG to the CIA, which finally dissolved the company in 2018. By then, the company had long ceased to be a market leader, and US spy agencies were already working with digital communication providers.