How Chinese Propaganda Is Reframing the Coronavirus Narrative

Experts say Beijing has started to use different propaganda tools to improve its international image and portray its authoritarian system as better equipped to handle a crisis. 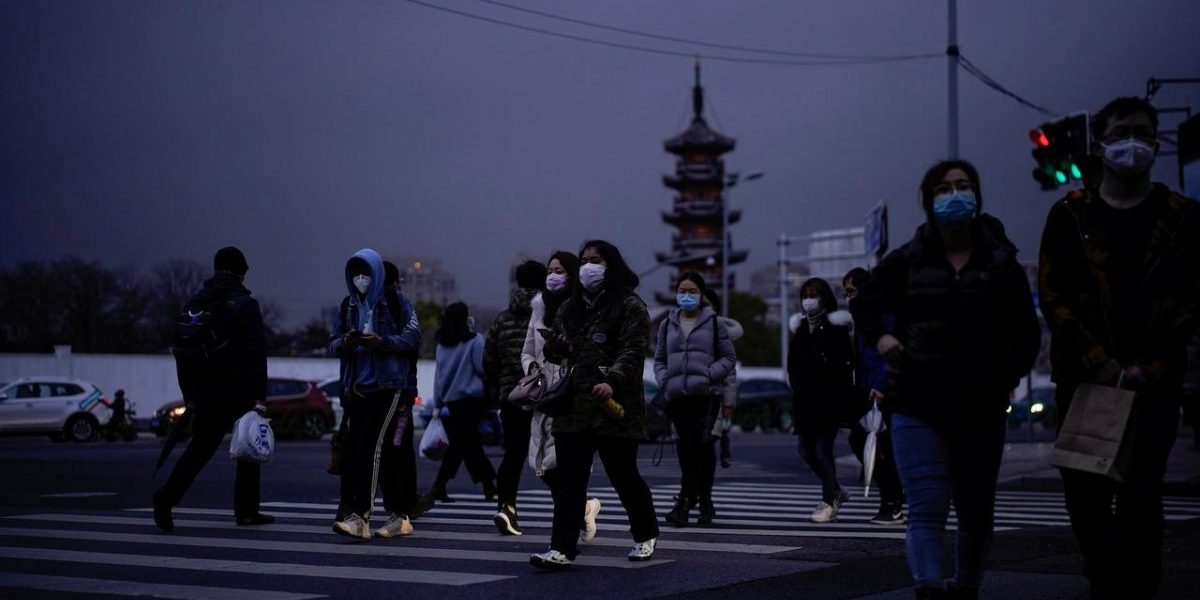 On Monday, China’s state-run Xinhua News Agency published an op-ed emphasising that China has adopted the “most comprehensive, most strict and most thorough preventative measures” to combat the novel coronavirus (SARS-COV-2) outbreak.

The piece claims that China has made tremendous progress in containing the virus, and life is gradually getting back to normal. The article also highlights that China is sending medical experts abroad to help countries like Italy deal with the outbreak.

As the number of new confirmed cases in China continues to drop, the Chinese government has been actively trying to promote an image of social stability through different kinds of propaganda.

Last week, Chinese President Xi Jinping visited Wuhan, the city where the coronavirus epidemic first broke out, to demonstrate to Chinese society that the worst was over.

Now China wants to demonstrate to the world that it has successfully “defeated” the coronavirus.

Maria Repnikova, an expert on China’s political communication at Georgia State University in the US, said that the Chinese Communist Party (CCP) has come under enormous public pressure since the outbreak began.

“The CCP is also using the ‘beating the virus’ narrative as an opportunity to polish China’s global image as a responsible power that is capable of withstanding the toughest of disasters, as well as using these experiences to help other countries fight the coronavirus,” Repnikova told DW.

Repnikova said that China has taken harsh criticism from western media and politicians about how it handled the coronavirus outbreak in the early stages.

Now Beijing is seizing the opportunity to reshape that narrative by declaring victory in the battle against the pandemic.

“I think China’s efforts have in part paid off, as international organisations like the WHO have praised China’s response, and much of the Western media’s narrative has shifted from criticising China to describing it as a lesson or an example.”

However, Repnikova pointed out that some people have criticised the celebratory tone, as what happens next with the coronavirus remains unpredictable.

It’s all about stability at home

Besides crafting a better international image, many experts think China’s overall propaganda goal is to maintain social stability at home.

Yun Jiang, the director of the China Policy Center in Australia, said that the Chinese government responded to the public pushback against a proposed “gratitude” campaign in Wuhan that would have asked people to give thanks to the CCP for its work in fighting the outbreak.

This negative response was behind a new strategy calling for President Xi to express his “gratitude” toward everyone impacted by the coronavirus outbreak during his trip to Wuhan, according to Yun.

“It’s quite possible that this is a new strategy the Chinese government is experimenting with for propaganda purposes,” Jiang told DW. “This new direction has generated a lot more positive reactions from Chinese people.”

“Even though there is still a lot of discontent with the way that the Chinese government has handled the crisis, people outside of Hubei province have a general feeling that things are under control in China, and the rest of the world is beginning to become chaotic,” said Jiang.

And at a time when the rest of the world is struggling to find the right solution to contain the outbreak, Jiang said the amount of criticism aimed at the Chinese government has also decreased.

“As other governments struggle to contain the outbreak, Chinese people are now thinking maybe it was not a unique problem for China,” Jiang said. 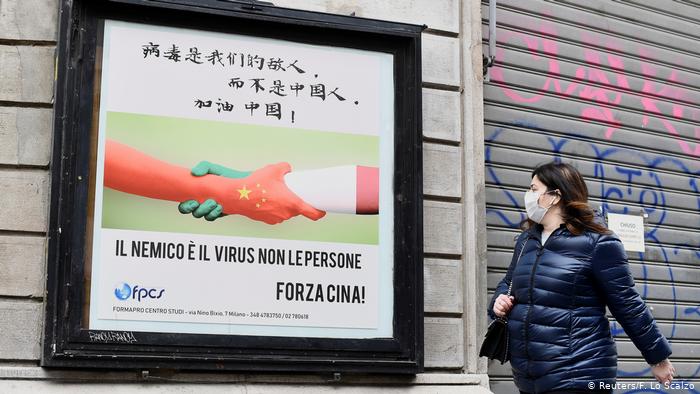 A sign in Milan: “The enemy is the virus, not the people”.

China to the rescue?

As the epicentre of the coronavirus outbreak has shifted from China to Europe, Chinese state-run media also began to actively report about China sending medical experts to other countries to help them fight the coronavirus.

Jiang said China wants to demonstrate to the world that its governance system is better equipped in a crisis than the liberal democracies in the West.

“In situations, a top-down management model will be adopted. This case has given China the opportunity to demonstrate the advantages of an authoritarian model,” Jiang said, adding that sending experts abroad is a good way to show that the Chinese are “good global citizens.”

Repnikova pointed out that China has successfully shifted the narrative from that of a “victim” to a “teacher” or a “leader”.

Beijing turned the narrative around by burying negative stories with new stories about China’s strength and commitment to the international community.

“I think this tells us that China’s leadership is eager to use any opportunity available to shape China’s positive image,” said Repnikova. “I expect to see more Chinese teams and supplies being sent to major crisis zones as they continue to emerge.”