The paper discusses issues like the Korean nuclear crisis and the South China Sea dispute, as well as ties with the US and India. But it is important to read between the lines to understand the Chinese perspective. 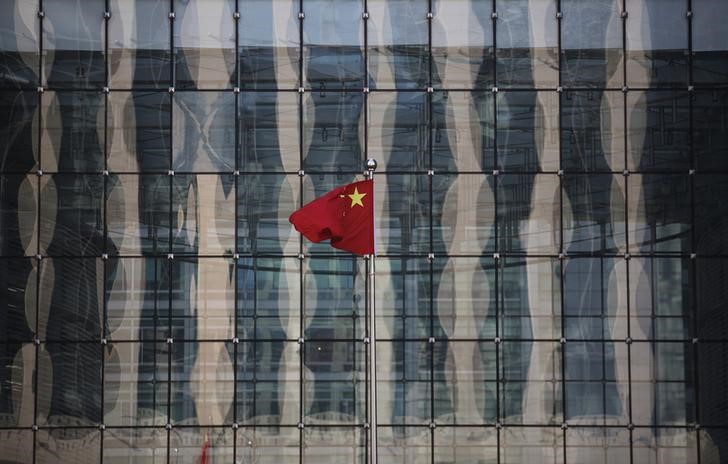 China’s policy white paper on Asia-Pacific security cooperation, its first ever dealing with the region, signals the country’s desire to put its own stamp on the region’s security order. The central thrust of the document, issued on Wednesday, January 11, is security cooperation. The document mentions, but does not dwell, on “hotspot” issues like the Korean nuclear crisis, the Afghan reconciliation process, the South China Sea dispute or, as it is often called, the Senkaku-Diaoyu issue.

Nevertheless, the paper provides a clear outline of the realist basis of Chinese security policy. For instance, it explicitly warns  that “small and medium-sized countries need not and should not take side among big countries.” 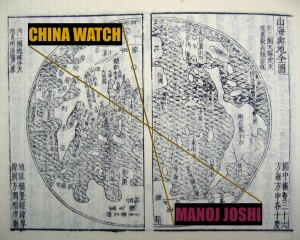 India will be happy that it is listed among the “major countries”, along with the US, Russia and Japan, who are, in turn enjoined to “treat the strategic intentions of others in an objective and rational manner, reject the Cold War mentality [and] respect each other’s legitimate interests and concerns.”

This peculiar formulation – coming from a country that has long espoused equality of nations big and small – is eminently practical advice in some ways, with echoes from China’s past.

A retired Singapore diplomat posted a tongue-in-cheek reference from a book by scholar Wang Gungwu. The quote is about the advice Emperor Hung-wu gave to the Srivijaya king of South East Asia in 1392: “should the Son of Heaven become violently angry…This petty little country, by daring to be wilful and refusing to submit, seeks its own destruction.” Earlier the same emperor had in a policy statement told the smaller kingdoms, that “If they do not trouble China, we will definitely not attack them.”

With the US itself knocking out the key foundation of its Asian pivot – the Trans Pacific Partnership – China has gained ground in the Philippines, Malaysia, Thailand and Cambodia, thus effectively neutralising the ASEAN. This despite China’s humiliation in 2016 when the UNCLOS arbitration tribunal effectively declared China’s extensive maritime boundary claims in the South China Sea null and void.

The South China Sea issue appears to be an important influence on the white paper because the Chinese position – which includes a rejection of a mandatory award by the arbitration tribunal in 2016 – runs counter to the theme of the document, which seeks to project China as a country that wishes to “promote rule-setting and improve institutional safeguards for peace and stability” of the region.

So, the white paper insists everyone in the Asia-Pacific should discuss and formulate the international rules for the region.

It would appear that China is calling for re-writing established canons of international law, especially the ones that do not suit it.

In any case, to square the circle on the South China Sea issue, China says that countries in the region should resolve disputes peacefully, “sovereign states directly involved should respect historical facts and seek a peaceful solution through negotiation” on the basis of international law and modern maritime law, including the UNCLOS. Essentially, China is reiterating its stand that it is willing to bilaterally negotiate on the South China Sea issue with the various disputants, but will not accept the UNCLOS arbitration award.

Returning to the subject late,r the document declares unequivocally, “China has indisputable sovereignty over the Nansha (Spratly) islands and their adjacent waters.” It goes on to reiterate that “no effort to internationalize and judicialize the South China Sea issue will be of any avail for its resolution; it will only make it harder to resolve the issue, and endanger peace and stability.”

Much of the white paper is anodyne stuff about China’s desire to promote peace and stability in the region, resolve issues through negotiation, promote the resolution of other “hotspot” issues like Korean nuclearisation, the Afghanistan imbroglio and “non-traditional security threats” like terrorism, natural disasters and transnational crimes. In all this, China would play a lead role, befitting its size, status and interests through its bilateral relationships, as well as through multilateral mechanisms.

What to expect from China’s various bilateral engagements

However, the talk of consensus, cooperation and common security does not mean that China will not act unilaterally, sometimes with military force, to protect what it considers its interests. The best example currently is China’s effort to coerce South Korea into not hosting Terminal High Altitude Area Defense interceptors on its soil – China has refused to approve large consignments of Korean cosmetics, banned highly popular Korean stars from its TV networks and refused to allow Korean airlines to run charters in the coming Chinese new year period. Earlier this week, ten Chinese military aircraft flew in and out of the Korean Air Defense Identification Zone.

Singapore is still reeling from China’s decision to seize nine Terrex infantry combat vehicles which were transiting on a ship from Taiwan to Singapore, but were seized while the ship made port in Hong Kong.

The Chinese see themselves as the US’s successors in the Asia-Pacific region but they are not directly challenging the US-led mechanisms as yet. For the “foreseeable future”, the practical Chinese say outfits like ASEAN-led mechanisms, Shanghai Cooperation Organisation, Conference on Interaction and Confidence Building Measures in Asia (CICA) and military alliance structures led by the US will continue to operate. What Beijing is seeking is not some new security architecture, instead, according to the paper, “China promotes the building of a security framework in the Asia-Pacific region, which does not mean starting all over again but improving and upgrading existing mechanisms.”

But with US itself waffling on a range of issues, China has to simply wait it out.

The future framework, the white paper notes, should be based on consensus and be “multi-layered, comprehensive and diversified.” During the May 2014 CICA summit, Chinese President Xi Jinping called for a new Asian security concept and there was little doubt among observers that the Chinese saw CICA as a possible new regional framework.

The white paper speaks of a possible regional platform that looks at security in its widest form, involving common security for all states large and small, comprehensive security involving both traditional and non-traditional issues, cooperative security through dialogue, and cooperation and sustainable security to focus on development and economic growth for all. CICA, mooted originally by Kazakhstan, does have the widest membership among the Asian regional organisations at present, and meets the other criterion as well. For the Chinese, another valuable point is that the US is merely an observer, not a member.

Again in an ever-practical way, the white paper deconstructs (to the extent diplomacy will permit) China’s relations with the big countries.

With the US, China wants the “new model” relationship mooted in 2013 by Xi which involves non-conflict, non confrontation, mutual respect, including for each other’s core interests and concerns, and mutually beneficial cooperation.

So far the US has not obliged, but the white paper says that their relations are stable and have “made new progress” and have maintained close cooperation and coordination on the Korean and Iran nuclear issues, Syria and Afghanistan.  They also have maintained good military-to-military ties and China has expressed its willingness to “work with the new administration”  on the principles of the new type of great power relations and “to manage and control divergences in a constructive way.

With Russia, China is committed to “deepening its comprehensive strategic partnership of coordination”, which means a level of relationship that India has with the US, and not an alliance. With Japan, the obvious agenda is “for improvement of relations.”

As for India, China wants to establish “a closer partnership”. The white paper says that since 2015, “China-India strategic and cooperative partnership for peace and prosperity has been further deepened.” This is a formulation that many Indians may find difficult to recognise. But it is par for the course of a diplomatic document.

Indians may also not quite recognise that the Chinese commitment to fighting terrorism is as clear-cut as has been made out in the white paper, which recognises that “the region faces severe security and stability challenges posed by violent and extremist ideologies spreading at an ever-faster pace….” So, the white paper makes it clear that China opposes terrorism in all its forms and seeks cooperation in fighting it. Without irony, it declares, “there should be no double standard in fighting terrorism,” but goes on to say, “which should not be associated with any particular country, ethnicity or religion.”

Reading between the lines is mandatory for understanding the Chinese perspective.