A US-China Trade Deal Is Likely, but Will Not Resolve a Deteriorating Relationship

The tariff war is not the only issue hindering cooperation. Differences over Taiwan and the South China Sea, the basic lack of trust in the relationship is acting as a dampener across the board.

The outcome of the US mid-terms is unlikely to have any impact on Sino-US relations. For one thing, Donald Trump has already declared that it was a great victory for him, never mind that the Democrats seized the House of Representatives and flipped a number of key elections for state governors. The Democrats are also likely to be as tough on China as the Trump administration. Most Americans shrugged off the impact of the tariff war, which was not an election issue.

Fortunately, there are signs that China and the US may be working towards a settlement of their trade and related disputes. Trump termed his November 1 telephone conversation with Chinese premier Xi Jinping as “long and very good”. The dialogue came ahead of the planned meeting at the G-20 in Argentina later this month. The Chinese readout of the conversation had Jinping telling Trump that the essence of Sino-US relations were “mutual benefit and win-win”, emphasising the resolution of their trade and economic dispute.

Also Read: In Face of US Trade War, China Looks for India’s Support

The possibility of a late November deal is now increasing. But this could well be a ceasefire in their trade war along with negotiations to create a new framework of trade relations. But this would be limited to trade and economic issues alone. There are many issues – South China Sea, Taiwan, alleged Chinese influence on operations in the US and technology theft – dividing the two nations.

On November 9, the two sides had their 2+2 talks involving the US secretaries of state and defense and their Chinese counterparts. The meeting was originally scheduled last month but was postponed after the US imposed sanctions on Chinese officials for purchasing Russian Su-35 aircraft and the S-300 missile system.

Secretary of state Mike Pompeo and defense secretary James Mattis represented the US, while the Chinese side comprised of Yang Jichei, who is a politburo member and the director of the office of foreign affairs in the Chinese Communist Party, and the minister of national defence, Wei Fenghe. On top of the agenda were issues relating to North Korea and the recent dangerous encounters between US and Chinese ships in the South China Sea.

According to media reports, the event brought out the continuing and serious differences on issues relating to the South China Sea, Taiwan, religious freedom and trade. In a subsequent press meet, the Chinese insisted that the US should not send its vessels to the “Chinese territory” in the South China Sea, while the US reiterated its position that it will “continue to fly, sail and operate wherever international law allows.” The Chinese were critical of US trade policy and for walking out of the Iran nuclear deal.

On the other hand, the Americans also expressed concerns over China’s treatment of its religious minorities. The two sides also traded barbs over each other’s perspectives on Taiwan. This indicates that the gap between the two countries is, if anything, becoming wider.

Earlier this week, the Bloomberg New Economy Forum threw light into the murky dynamics of Sino-US relations. It was forced to relocate to Singapore after permission was denied for it to be held in Beijing. In his remarks as keynote speaker, China’s vice president Wang Qishan said that China was ready for trade talks and both sides stood to gain by choosing cooperation over confrontation. Wang is one of Jinping’s closest aides and is virtually seen as the eighth member of the standing committee of the CPC politburo.

More than 7,000 researchers, mainly from the US, have been persuaded to return to China. Many of these, the US believes, are channels for stealing US intellectual property.

After several rounds of negotiations and tariffs, the two sides may now be getting down to do real business. The Chinese, especially, now have a sharper appreciation of the other side’s position. Clearly laying out what the countries are seeking and the concessions they can offer or those they cannot will help.

So, even as the Trump administration seeks to balance its trade, it’s not clear what other objective it wishes to achieve. But the inexorable unfolding of events has ensured that the US high-tech sector has become steadily hostile to China and now, even academia is becoming chary of the Chinese connection. Recently, the Johns Hopkins Medical school barred foreign scientists because of concerns of intellectual property rights issues. The move affects all foreign nationals, but the primary target is China. 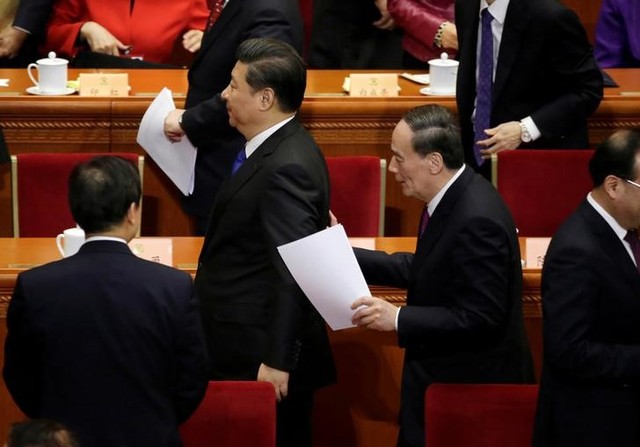 Besides charging Chinese intelligence officers and hackers, the US has begun focusing on Chinese students studying STEM (Science Technology Engineering and Mathematics) subjects in the US. Of particular focus is the Chinese Thousand Talents Programme, launched in 2008 to attract foreign-educated Chinese scientists. More than 7,000 researchers, mainly from the US, have been persuaded to return to China. Many of these, the US believes, are channels for stealing US intellectual property. One part of the programme is also open to non-Chinese researchers who are offered lucrative research grants and salaries to shift to China. As a result of US pressure, the Chinese have started hiding the identities of top scientific recruits, playing down the importance of the programme.

The bottom line is therefore quite stark. The US and China may work out a trade deal, but it will be a limited affair. It cannot resolve the issues that are leading to a steadily deteriorating US-China relationship, these include not just Taiwan and the South China Sea, but the basic lack of trust in the relationship that is acting as a dampener across the board.

It is not clear just what the US views the endpoint of the policy measures it is taking today. But for the Chinese, even a limited ceasefire would be a means of limiting US pressure on a range of areas, at least for a period of time, so as to enable China to build up its own capabilities in the economic, technological and military field to better offset US power.