After Drills in Taiwan, China to Impose Sanctions on Nancy Pelosi Over Island Visit

China also announced on Friday that more than 100 warplanes and 10 warships had taken part in live-fire military drills surrounding Taiwan over the past two days. 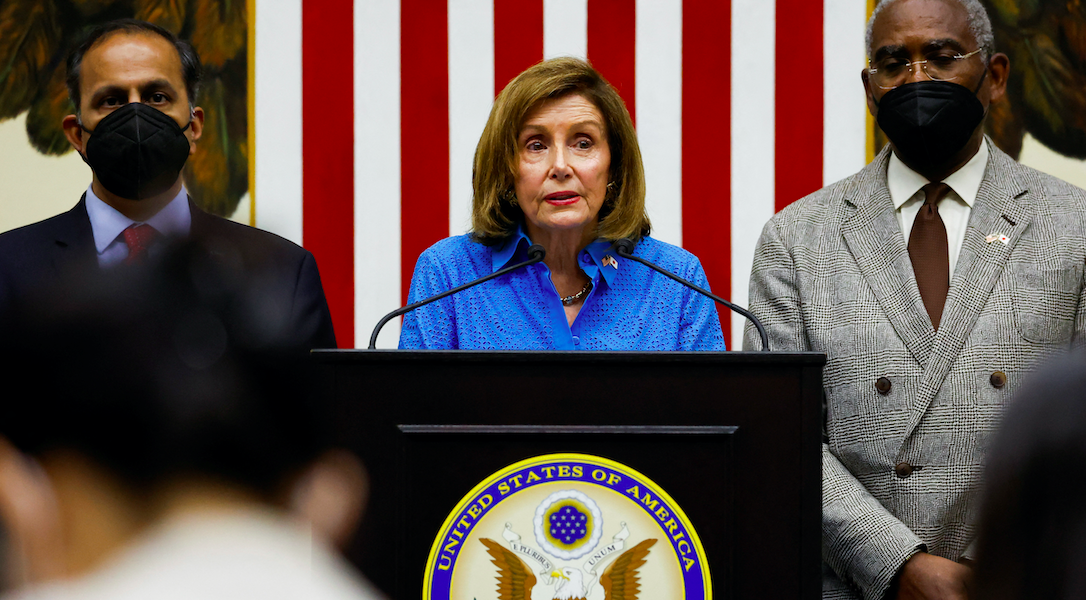 The Chinese Foreign Ministry said Pelosi was “seriously interfering in China’s internal affairs and seriously undermining China’s sovereignty and territorial integrity,” with her visit to Taiwan this week.

Beijing said Pelosi had disregarded China’s concerns and resolute opposition to her visit to the self-ruled island, which China claims as its own.

The ministry said China would “impose sanctions on Pelosi and her immediate family,” without giving further details.

The Chinese Communist Party says that self-ruled, democratic Taiwan is part of its territory and has promised to one day take it, if necessary by force. As such, Beijing objects to foreign governments having engaging with Taiwan.

China also said it was canceling or suspending dialogue with the US on a range of issues — from climate change to military relations and anti-drug efforts — in retaliation for Pelosi’s trip.

The government in Beijing has reacted with threats and military drills before and after Pelosi’s visit — a trip it views as unacceptable because it escalates ties between Washington and Taipei.

China also announced on Friday that more than 100 warplanes and 10 warships had taken part in live-fire military drills surrounding Taiwan over the past two days.

Currently in Japan, Pelosi said on Friday that the US would “not allow” China to isolate Taiwan.