China Has 'Not Yet Withdrawn' From Several Forward Positions Along the LAC: US Commander

Admiral Philip Davidson, Commander of the US Indo-Pacific Command, noted that China adopted an increasingly assertive military posture to exert pressure and expand its influence across the Indo-Pacific region. 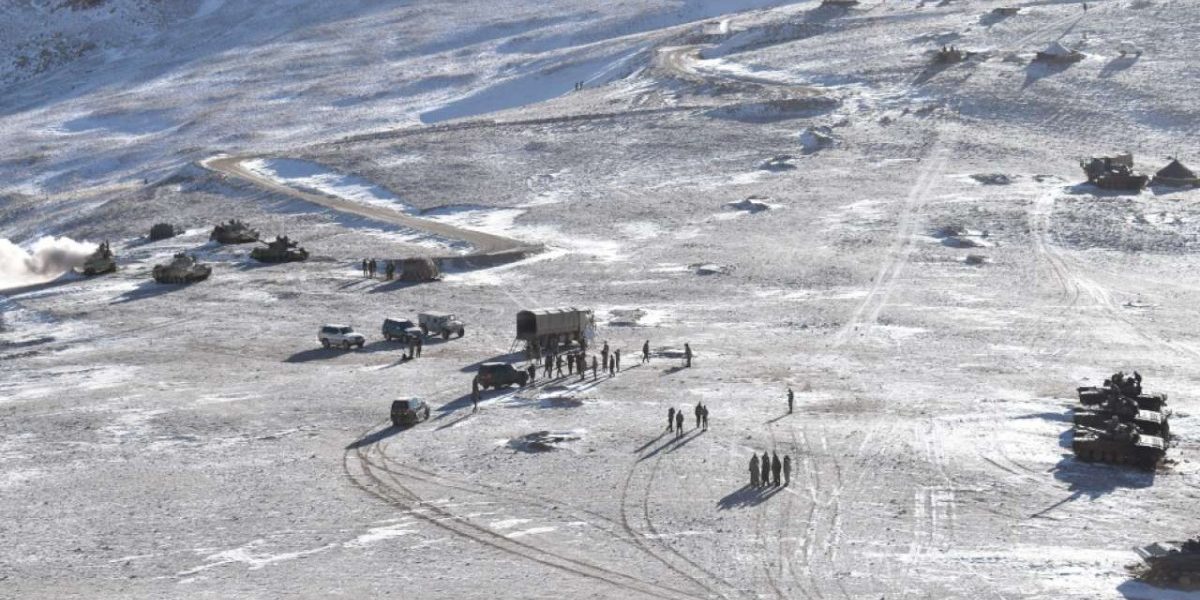 Disengagement underway at Pangong Tso, where Indian and Chinese forces were in a standoff since May 2020. Photo: PTI

New Delhi: A top American commander said on Tuesday that Chinese troops have not yet withdrawn from “several forward positions it seized” on the Line of Actual Control (LAC) in Eastern Ladakh.

During a hearing of the Senate Armed Forces, Admiral Philip Davidson, Commander of the US Indo-Pacific Command, said, “The PRC (People’s Republic of China) represents our greatest strategic threat.” He noted that PRC has “adopted an increasingly assertive military posture to exert pressure and expand its influence across the [Indo-Pacficic] region”.

China’s “expansionary territorial ambitions”, Admiral Davidson said, was displayed at the western border with India, where the People’s Liberation Army (PLA) has been in a stand-off with Indian forces since May 2020.

India had lost 20 soldiers in a violent clash with China at Galwan Valley in mid-June. Eight months later, China acknowledged that four soldiers had also died in the face-off.

“The PLA has not yet withdrawn from several forward positions it seized following the initial clash, and the consequent escalation of tensions between the PRC and India has resulted in casualties on both sides,” said the US commander in his written remarks.

He pointed out that the stand-off began as clashes over construction activities, which led the PLA to deploy forward “roughly 50,000 soldiers along the LAC”.

The US commander’s assertion that the Chinese military has “not yet withdrawn from several forward positions that it has seized” contradicts the Indian government’s position.

The Indian government, as articulated by Prime Minister Narendra Modi last year, has claimed that China may have attempted to transgress into Indian territory but that they were rebuffed before coming onto Indian soil. “Na waha koi hamari seema mein ghus aaya hai, aur naa hi koi ghusa hua hai, na hi koi hamari post kisi doosre ke kabze main hai (Neither had anyone entered our border nor is anyone inside now – nor has any post of ours under other control of others,” he said on June 19, as also posted on his Twitter account.

After multiple and prolonged rounds of talks, India and China have recently completed the disengagement of troops at the Northern and Southern banks of Pangong Tso lake.

In his statement to parliament on February 11, Indian defence minister Rajnath Singh said China had made “several attempts to transgress the Line of Actual Control (LAC) in various parts”. “These actions of the Chinese side had been detected and appropriately responded to by our armed forces,” stated Singh.

There are still three points in Eastern Ladakh where Indian and Chinese troops continue to be in an eyeball-to-eyeball confrontation – Depsang Plains, Hot Springs and Gogra Heights.

Davidson said in his presentation that “his large-scale PLA mobilisation – which is particularly notable considering the elevation, terrain, and distance involved – has stoked regional concerns that the People’s Republic of China will increasingly use force to achieve desired outcomes.

He asserted that without a “convincing deterrent”, China will take more actions “to undermine the rules-based international order and the values represented in our vision for a Free and Open Indo-Pacific”.