The fire started Monday afternoon and fire teams sent 63 vehicles to the scene, according to local media. 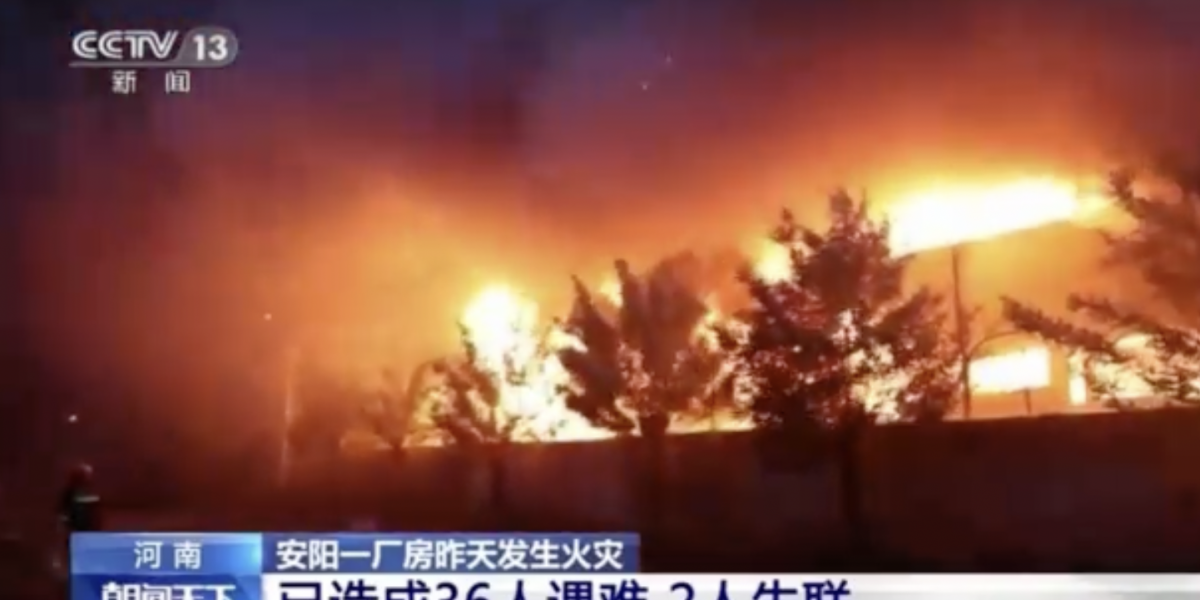 A video screengrab from Chinese state media's broadcast of the fire.

Beijing: A fire at a factory in the Chinese city of Anyang in Henan province has killed 36 people, with two others injured, state media reported on Tuesday.

The fire broke out at Kaixinda Trading Co Ltd in the Wenfeng District, or “High-tech Zone”, in Anyang City, the report said.

The fire started Monday afternoon and fire teams sent 63 vehicles to the scene, according to local media.

The fire was controlled by 8 pm local time (1200 GMT) and completely extinguished at 11 pm. By Tuesday morning 36 people were reported dead and two were sent to the hospital for treatment with minor injuries, CCTV reported.

Two people are missing, according to the report.

Psychological counsellors were on the scene for families of the victims, according to a government statement.

Local officials said the public security department has controlled relevant criminal suspects, but did not disclose further details or elaborate.

Kaixinda is a small private firm.