Last year Modi announced a $2 billion credit line during a visit to Dhaka, but China looks set to go well beyond that. 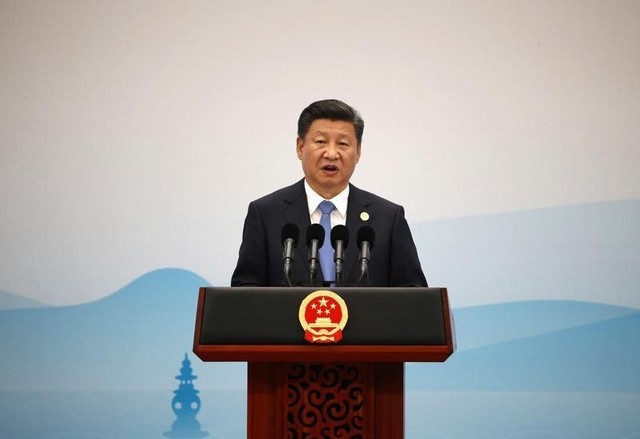 Dhaka/Beijing: China is set to sign off on loans worth over $24 billion to Bangladesh during President Xi Jinping’s visit on Friday, Dhaka’s biggest foreign credit line to date that will help it build power plants, a seaport and railways.

Xi‘s trip, the first by a Chinese president in 30 years, is aimed at boosting China‘s involvement in infrastructure projects at a time when India is pushing investments of its own in Bangladesh, a country New Delhi considers its area of influence.

Japan, helped by India, has also got involved in Bangladesh, offering finance at low interest rates to build a port and power complex, sharpening competition for influence in the country of 160 million people located on the Bay of Bengal.

“Xi‘s visit will set a new milestone. (A) record amount of loan agreements will be signed during the visit, roughly $24 billion,” he told Reuters.

Among the proposed projects are highways and information technology development, he said. “Our infrastructure needs are big, so we need huge loans.”

China‘s Jiangsu Etern Co. Ltd. signed a deal worth $1.1 billion to strengthen the power grid network in Bangladesh, the company said on Thursday.

Beijing is especially keen to revive a plan to build a deep sea port in Sonadia which has been on hold for years, officials said.

Xi is visiting Bangladesh on his way to a BRICS summit of the world’s leading emerging economies in Goa, India.

His trip comes at a time when Indian prime minister, Narendra Modi is leading efforts to boost ties with neighbouring countries, from Sri Lanka to Nepal, by offering them a share of India’s fast-growing economy.

Last year Modi announced a $2 billion credit line during a visit to Dhaka, but China looks set to go well beyond that.

Zhao Gancheng, director of South Asia Studies at Shanghai Institute for International Studies, said both India and China supported development in Bangladesh and that it did not have to be one or the other.

“I really don’t think there is a zero sum game going on in Bangladesh between China and India. Bangladesh welcomes both Chinese and Indian investment…” said Zhao.

Bangladesh has backed Xi‘s “One Belt, One Road” initiative to boost trade and transport links across Asia and into Europe, seeing it as an opportunity to lift growth.

India has reservations about the plan, amid worries that it is an attempt to build a vast zone of Chinese influence.

Beijing had proposed an economic corridor linking Bangladesh, Myanmar, China and northern India, but New Delhi did not seem keen on the idea, Zhao said.

“Bangladesh has an enormous need for investment, and I don’t think it’s going to become a site for strategic competition, a game between the great powers or a pawn,” he said.