Is Chile’s Sebastian Piñera on His Way to the International Criminal Court?

Since 2019, Piñera’s government has systemically violated human rights. An interview with Mauricio Dazza, the prosecutor trying to take him to the ICC. 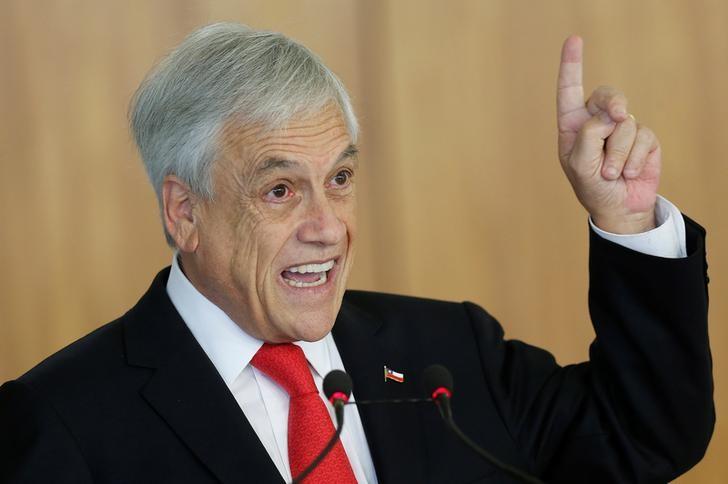 Editor’s Note: There have been a series of systematic violations of human rights in Chile, especially during the period of the “social outbreak”. National and international human rights organisations have recorded eye injuries caused by the impact of rubber bullets, torture, deaths, sexual abuse and a series of other abuses and serious violations. These have been compiled into a dossier of evidence to take Sebastián Piñera to the International Criminal Court. In order to find out more, Bruno Sommer interviewed prosecutor Mauricio Daza on the Cable a Tierra video channel. This is an excerpt of the interview by Wire partner El Ciudadano. The full interview is available in Spanish here.

BS: There is talk in presidential circles that one of Piñera’s main concerns is being tried in an international court. In your opinion, do you think that all Piñera can do is protect his image abroad, given that his image has already been totally destroyed in Chile? What can you tell us about this?

MD: Yes, it is clear from official communications that the government is concerned about the criminal prosecution of Sebastián Piñera for crimes against humanity. This is evident in the way the Piñera administration confronts the issue of attacks on the civilian population by the Carabineros de Chile (Chilean national police force) and military forces during the State of Emergency, decreed after the social outbreak of 2019.

There are grounds for this as, generally speaking, Piñera has been involved in many legal proceedings, mostly related to economic offences. We must remember he was prosecuted for fraud in the famous Banco de Talca case and there were further cases linked to companies in which he held a management or board position. The charges related to breaking free competition rules and securities market laws including, among others, insider trading.

Also read: What Will Karim Khan’s Election as Prosecutor Mean for the International Criminal Court?

However, he is now facing a very different type of accusation that he will not be able to avoid the way those with economic power in a country like Chile usually can, with a telephone call, through his own or his supporters’ influential networks or through the business or political groups in which he has some influence.

BS: How did the idea of filing this lawsuit come about, who will take it forward and how do you think it will be arranged because the lawsuit is for crimes against humanity?

BS: I understand that there is no statute of limitations on these crimes. What elements would help us establish them as crimes against humanity?

MD: In truth, the idea came from observing a reality that was evident for several months from 18 October 2018 onward. The police forces carried out repression that not only involved isolated crimes against the civilian population but, in our opinion, also constituted a crime against humanity since we witnessed a widespread, systematic attack against a civilian population. This is also in a context where political authorities knew what was happening and did nothing to stop this repression. We saw that we were facing a much more serious situation than the individual attacks, that there was a real pattern of conduct behind the police action. Clearly, the police officer who carries out the specific attack and fires the shots is criminally responsible but so are the commanders of the Carbineros and, above all, the civilian authorities.

Also read: What’s Next for Chile on the Road To a New Constitution

Based on the rules set out in the Rome Statute which established the International Criminal Court, this introduced a framework for criminal sanctions for attacks that not only impact the rights of individual victims but also offend humanity’s conscience. A criminal case has to be brought in order for these sanctions to be applied.

BS: You understand how the chain of command works within the government, how an order is executed. Why do you think Piñera is ultimately responsible for all these events?

MD: The Rome Statute set out rules based on an examination of the horrors resulting from repressive actions of states and other groups that exercise power in a given location. These rules aim to prevent claims of immunity and to counteract the usual defence that the accused rely on in cases like this.

What do the political authorities usually say? They say, you know what, the truth is that there is no direct, written order from the president, or any of his ministers, or the command of the military or the Carabineros, instructing the police to carry out actions that violate the human rights of the demonstrators. Therefore, we have no responsibility.

This is the base argument that dictators or groups that abuse human rights in a given territory usually put forward. That is why to confront this direct responsibility has been established.

The Rome Statute makes it clear that the civilian authorities, military commanders, or those who effectively act as such, are criminally responsible if they knew that these attacks were being committed and failed to take effective action to prevent them.

So, consider the situation of a president or a minister or a police chief, who knows that these attacks are being committed, but who does not do anything effective to stop them. It is not enough to make a public statement, a general appeal, no, it needs effective action, not a salute to the flag. If they fail to do so, they are in the same position as the person on the ground who shoots, who attacks, who causes the injury. This is a special rule in the Rome Statute, and is also contained in Law 20.357 which establishes these crimes in Chilean domestic legislation.

So as I say, it is not necessary for Piñera to have issued an order, issued a decree, sent an email. It is enough if he knew and did not do anything effective, did not exercise all his power to prevent this from happening, and in our opinion that is precisely what has happened.

This article was originally published on elciudadano.com and is being republished via Progressive International.