A metro fare hike, which has since been cancelled, sparked nationwide protests last week which have left hundreds injured. 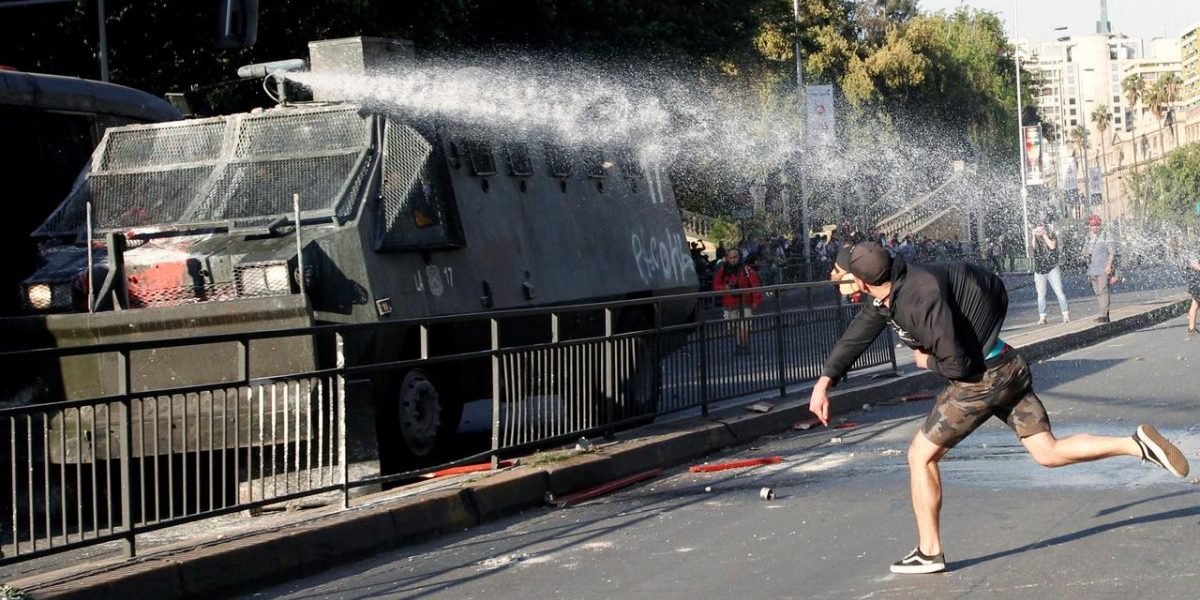 A demonstrator clashes with riot police during the protests against the increase in the subway ticket prices in Santiago, Chile, October 19, 2019. Photo: Reuters/Carlos Vera

Five people died on Sunday when a garment factory was set aflame by looters in a suburb north of Santiago, bringing the death toll in a wave of unrest in Chile to eight. Authorities have extended a curfew for a second consecutive night and broadened the state of emergency to other regions.

Earlier Sunday, officials reported that two people had burned to death in a fire at a store controlled by US retail chain Walmart, while a third person had died in hospital.

A metro fare hike, which has since been cancelled, sparked nationwide protests last week which have left hundreds injured. More than 1,400 people have been arrested — 614 in Santiago and 848 in the rest of the country, according to authorities. Curfew for a second night

Police and the military used tear gas and water cannons against protesters in the capital as violent clashes raged on for a third day, with protesters setting fire to buses, smashing metro stations, vandalising shops and knocking down traffic lights.

“We are at war with a powerful, relentless enemy that respects nothing or anyone and is willing to use violence and crime without any limits,” President Sebastian Pinera said late Sunday in an unscheduled talk from the military headquarters.

At an emergency meeting with state officials, Pinera defended his decision to call a state of emergency and deploy thousands of troops.

Also read: America’s First Date with 9/11 Was Not on US Soil

“Democracy not only has the right, it has the obligation to defend itself using all the instruments that democracy itself provides, and the rule of law to combat those who want to destroy it,” he said.

The curfew, intended to keep people “calm and in their homes,” according to top defense official General Javier Iturriaga, will be enforced from 7 p.m. (2200 UTC) to 6 a.m., three hours earlier than the one called on Saturday.

“We want to ask people to stay at home. Do not discuss through shouting, looting, violence,” said Santiago Mayor Karla Rubilar. 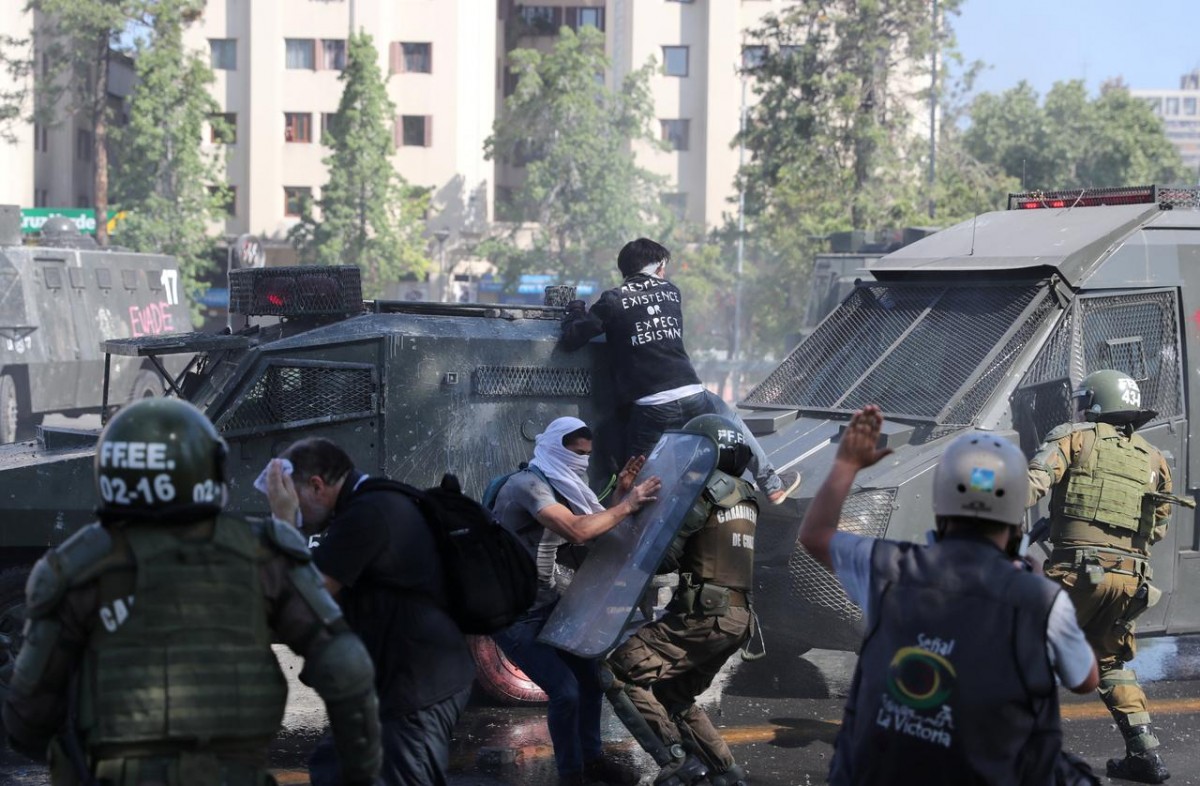 At least two airlines have cancelled or rescheduled flights into Santiago, affecting 1,400 passengers on Sunday and Monday. School has been suspended in most parts of the metropolitan area for Monday.

Nearly all the public transport serving the capital city’s 7 million people was paralysed on Sunday. Cynthia Cordero told the Associated Press (AP) that she had to walk 20 blocks to reach a pharmacy to buy diapers, only to find it had been burned out.

“They don’t have the right to do this,” she said, adding it was right to protest “against the abuses, the increases in fares, against bad education and an undignified pension, but not to destroy.”

With the public transit system depleted by the destructive protests, people lined up at gas stations over the weekend as they tried to fill up for the upcoming work week.

Subway system chief Louis De Grange told AP that workers would try to ensure one line was up and running by Monday, but that it could take weeks or months for the other four to resume service.

On Saturday, in an attempt to quell unrest, Pinera announced he was suspending the metro fare increase that prompted the violent demonstrations. But rioting has continued, with the president pledging to look for “solutions” to “reduce excessive inequalities” in the country.

Pinera acknowledged that demonstrators had “good reasons” to protest. “But nobody, nobody, has a right to behave with the brutal illegal violence of those who have destroyed, set fire to or damaged more than 78 stations of the metro of Santiago,” he said.

One week of unrest

The protests began on Monday over an increase in metro fares from the equivalent of $1.12 to $1.16 (an increase of €.02), but have morphed into an expression of broader discontent at the cost of living in one of Latin America’s wealthiest and most unequal nations.

What started as mass fare-dodging led by students turned into violence and vandalism over the course of the week, with fires set to metro stations and damage done to other parts of the capital.

About 9,400 military personnel have been deployed in a bid to keep the peace, according to the Department of Defence.

The rioting has led to millions of dollars in damage to burned buses and destroyed metro stops, office buildings and storefronts.