Lori Lightfoot, who is charged with tackling a gun crime problem that is worse than any other US city, is a former federal prosecutor who headed a panel examining Chicago's policing problems 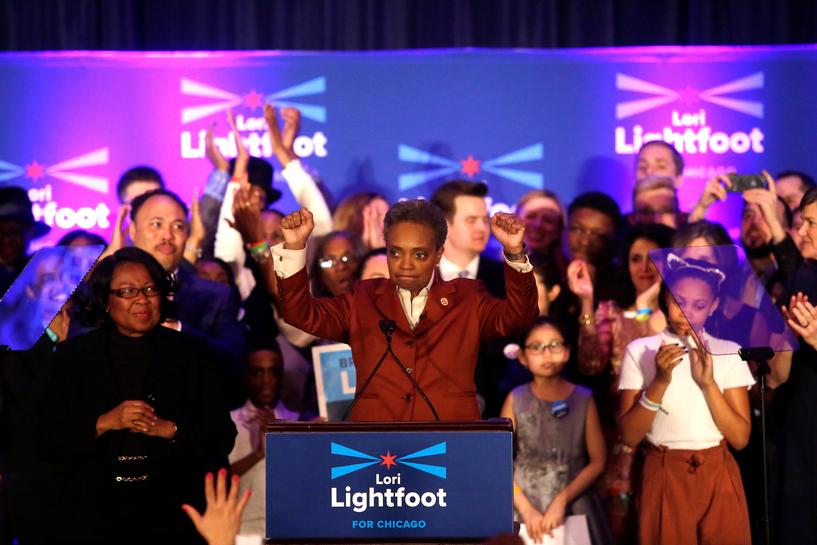 Mayoral candidate Lori Lightfoot clinches her fists as she speaks during her election night celebration after defeating her challenger Toni Preckwinkle in a runoff election in Chicago, Illinois, April 2, 2019. Credit: Reuters/Joshua Lott

Chicago on Tuesday became the largest US city to elect a black openly-gay woman its mayor, in a historic election that saw crime and economic inequality feature as central issues.

Lightfoot beat Preckwinkle, who is the chief executive of Cook County in which Chicago is located, by a margin of 74 to 26% in early voting results.

While Preckwinkle, who is also African-American, promoted herself as the more experienced steady hand, Lightfoot cast herself as more of an outsider and reformer.

Lightfoot, who has never held elected office, is a former federal prosecutor who headed a panel examining the city’s policing problems.

“We were up against powerful interests,” Lightfoot said in a victory speech.

“Today, you did more than make history, you created a movement for change,” she told cheering supporters.

Among most pressing issues for Lightfoot is a level of gun violence that claims more lives than in other major American cities. The electorate in the Democratic stronghold has also expressed mounting distrust after years of political corruption.

Since 1837, Chicago – the third largest city in the US with some 2.7 million people – has chosen only one other black mayor and one other female mayor, although Lightfoot is the first openly-gay municipal chief executive.