A former Interpol head, a billionaire tech mogul, and journalists are among those who have vanished from the radar after rubbing the China government the wrong way. 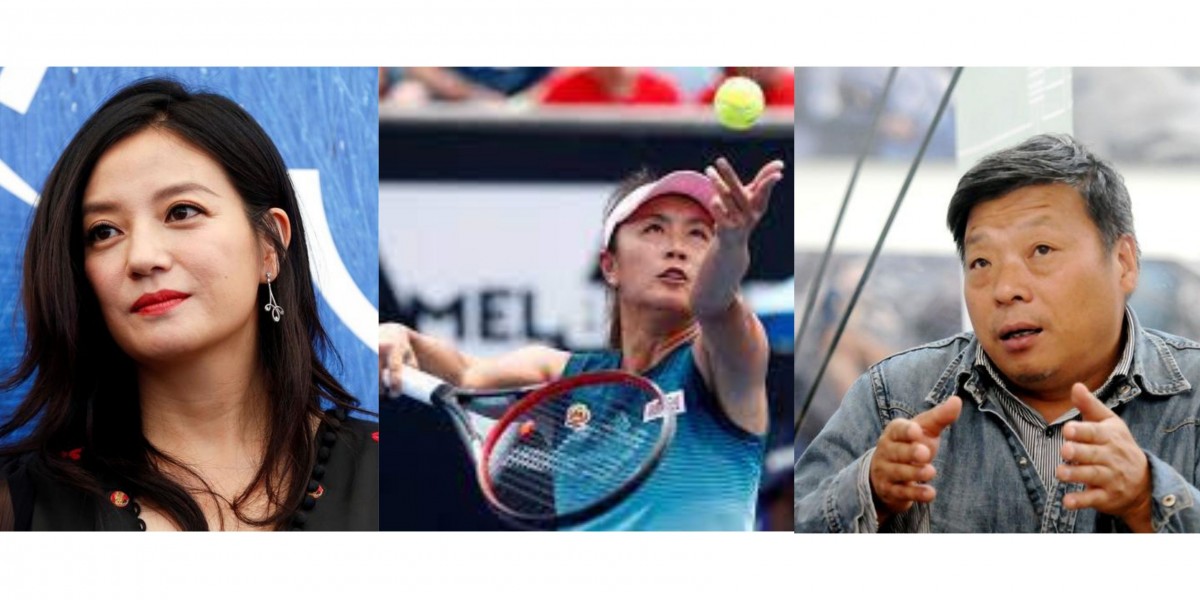 After tennis star Peng Shuai made sexual assault allegations against an ex-vice premier, she was not seen for two weeks. There have been other prominent Chinese figures who mysteriously vanished before reappearing later.

On November 2, Peng Shuai shared a post on Chinese social media platform Weibo, alleging that a former vice premier, Zhang Gaoli, had sexually assaulted her. After the post, she was not seen for two weeks, prompting concern about her safety. She re-appeared over the weekend in Beijing and held a video call with IOC President Thomas Bach on Sunday — but there are still concerns about her wellbeing.

In February 2020, Ren Zhiqiang, a former real estate tycoon and an outspoken critic of Chinese President Xi Jinping, wrote an essay criticizing the Chinese authorities for their failure to respond to the COVID pandemic and called Xi a “clown.” After its publication, he disappeared from public view and was sentenced later that year to 18 years in prison for corruption.

At the start of 2020, Chen Qiushi went to Wuhan when it was the epicentre of what would later become the COVID-19 pandemic, and made videos that showed what was happening in the city. In February 2020, he was taken away by authorities and resurfaced over 600 days later. “Over the past year and eight months, I have experienced a lot of things. Some of it can be talked about, some of it can’t.”

At the end of 2018, Lu Guang, a long-time US-based Chinese photographer, was taken away by state security officials while travelling in China’s western Xinjiang province, the centre of Beijing’s crackdown on Uyghur Muslims. Lu’s arrest drew international attention and widespread condemnation. In September 2019, Lu’s wife tweeted that he had been released a few months earlier and was home safe.

In October 2018, the first-ever Chinese president of Interpol, Meng Hongwei, vanished mid-way through his four-year term while on a trip to China. It subsequently emerged that he had been detained, accused of bribery and other alleged crimes. Interpol then announced that Meng had stepped down from his post at the helm of the organization. He was later sentenced to over 13 years in prison.

Ai Weiwei is one of China’s highest-profile artists and political activists. He even helped design the 2008 Beijing Olympics Bird’s Nest stadium before falling out with the Chinese authorities. In 2011, Ai was arrested at the Beijing airport and spent 81 days in detention without charge. After being allowed to leave China in 2015, he has lived in Germany, the UK, and, since 2021, in Portugal.

Jack Ma, the founder of tech giant Alibaba, stopped appearing in public after criticizing Chinese regulators in an October 2020 speech. Although there were rumours that Ma had been detained, his friends reportedly said it wasn’t true and that he decided to keep quiet following criticism over his comments. Ma reappeared two months later video — but made no mention of his retreat from public life.

Zhao Wei has not been seen in public since August 2021 — and Beijing has made sure that she’s all but erased from history, with her films and TV shows removed from online streaming platforms without explanation. Her name has also been removed from credits of movies and TV programs. Even though Wei was reportedly spotted in eastern China in September, her exact whereabouts remain unclear.

This story first appeared on DW.