Chart: As US Withdraws, Civilian Deaths in Afghanistan Rise

An Afghan National Army soldier stands guard at the gate of Bagram U.S. air base, on the day the last of American troops vacated it, Parwan province, Afghanistan July 2, 2021. Photo: Reuters/Mohammad Ismail

Data from the United Nations Assistance Mission in Afghanistan shows that the country experienced a resurgence in civilian deaths in the first six months of 2021. The toll has been particularly severe since the beginning of May when international forces commenced their final withdrawal at the same time as the Taliban launched a major offensive. 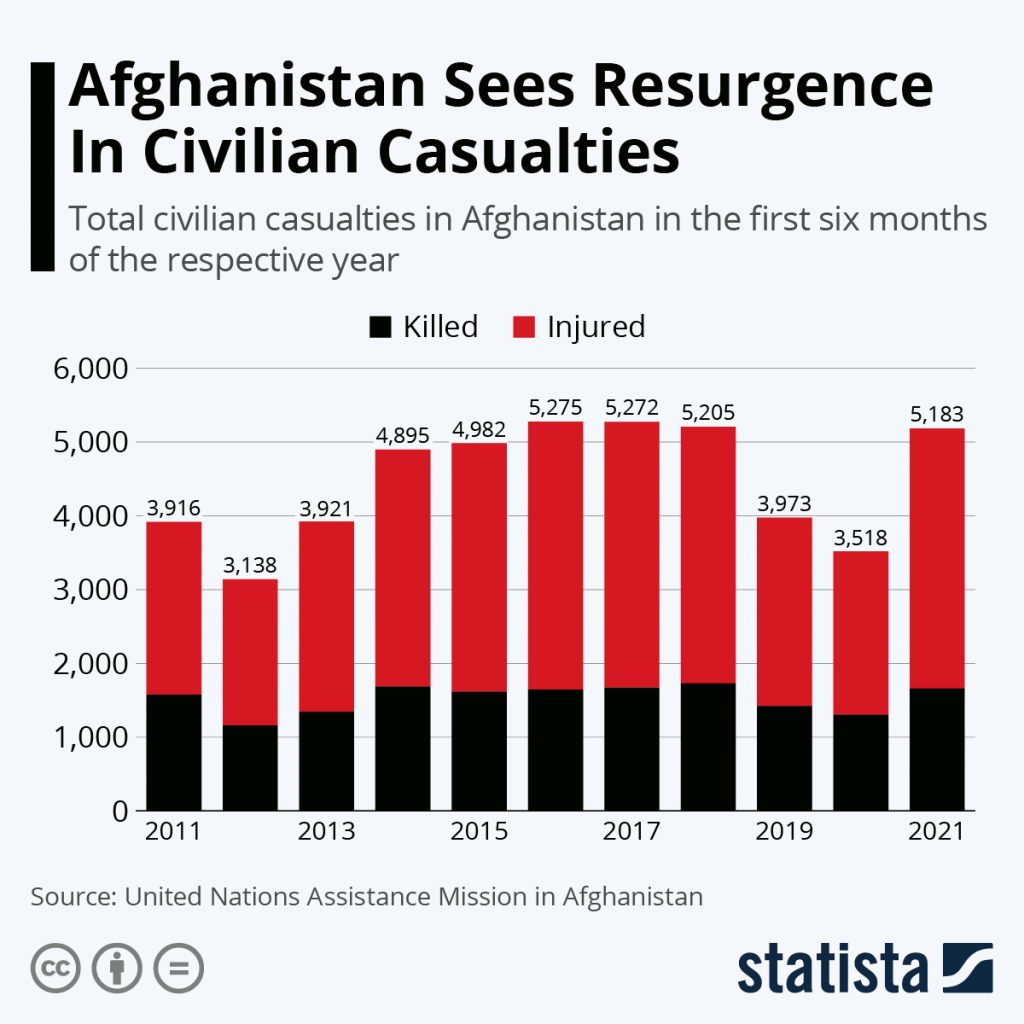