Canadian authorities have charged a man in his 50s with plotting to overthrow Haiti's government. But police said they knew of no link with the successful assassination of the former president around the same time. 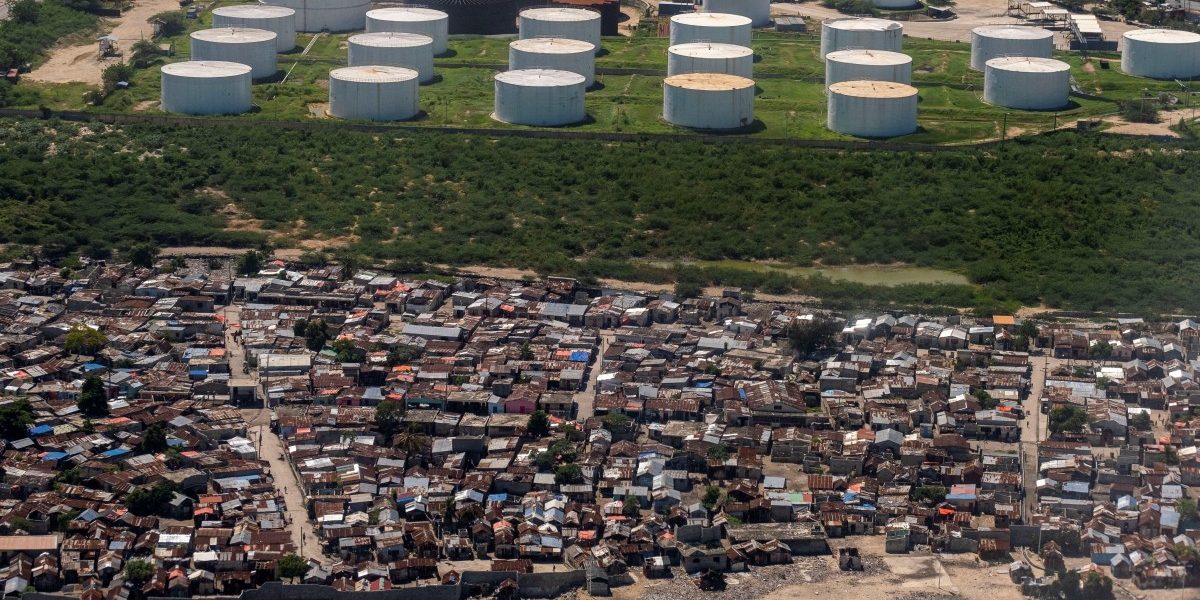 An aerial view of Cite Soleil and the fuel terminals of Varreux in Port-au-Prince, Haiti, October 12, 2022. Photo: Reuters/Ricardo Arduengo

Canadian federal police levelled terrorism charges against a man in Quebec province on Thursday (November 17), suspecting him of plotting to sow violence in Haiti and overthrow its government.

The 51-year-old is alleged to have “planned a terrorist act to overthrow the Haitian government of Jovenel Moise,” the Royal Canadian Mounted Police (RCMP) said in a statement.

The RCMP said an investigation that started in July 2021 showed that he had actively planned “to stage an armed revolution in Haiti and ultimately seize power.”

His “concrete actions” included travelling to Haiti to coordinate a group that was to take part in the coup.

However, the RCMP said that the plot appeared to be unrelated to the assassination of former President Moise, who was shot dead in his bedroom at his Port-au-Prince house in July 2021.

Police Sergeant Charles Poirier told the AFP news agency that the suspect had been arrested and his home searched in November 2021 and that he was subsequently released again as the investigation continued.

As well as traveling to Haiti, the suspect “visited multiple countries in South and Central America to recruit fighters, and secure financing and weapons,” Poirier said, albeit adding that his efforts to secure weapons were not successful.

Poirier said that the close overlap between his alleged plot and the actual assassination of Moise “might be a coincidence,” saying police had found “no evidence to suggest a link between the two.”

Haitian police arrested about 20 people soon after Moise’s killing, including 18 former Colombian soldiers presumed to have been hired as mercenaries. But their investigation has since stalled.

The suspect spoke to AFP by phone about the charges, saying that a jilted lover had set police onto him as “revenge” for their breakup. He said that she went to police “and made up a whole story that I was a terrorist.”

He said that he had created a Facebook page encouraging Haitians “to take matters into their own hands” and not wait for Western nations “to come and solve their problems.”

“I never wanted to hurt anyone,” he said. “There is no terrorist group.”

His lawyer Tiago Murias said he would plead not guilty.

Haiti is now gripped by instability caused by armed gangs terrorising the population and controlling much of the country, including key facilities like fuel terminals. The gangs’ influence has grown amid the instability following Moise’s death.

It is also again dealing with a cholera outbreak. The Pan-American Health Organisation said this week that at least 175 people have died and more than 7,600 have been hospitalised, with real figures believed to be much higher than those recorded.

Plans for a general election, first slated for November 2021, have been delayed several times, with no current date set. Prime Minister Ariel Henry said in September that the government would begin the organisation of the elections by the end of the year.