Canada Next on Hurricane Dorian's Route

After unleashing floods and heavy winds along the southeast coast of the US, Hurricane Dorian is on to Nova Scotia next. Hurricane Dorian is forecast to remain a Category 1 hurricane as it continues churning northward off the US east coast on Saturday. The US National Hurricane Centre, on late Friday night, said that Dorian is heading for Nova Scotia “in a hurry” with hurricane-force winds expected on the Canadian maritime province by Saturday evening.

Here are the #Dorian Key Messages for the Sep 6, 5 pm advisory. Tropical Storm Conditions Expected to Continue for Portions of Coastal Virginia and Maryland into this Evening. More: https://t.co/tW4KeFW0gB or your local weather at https://t.co/SiZo8ohZMN pic.twitter.com/lqhjdZq6D6

The eye of Hurricane Dorian briefly made landfall for the first time in the US near Cape Hatteras, North Carolina, on Friday, battering the low-lying Outer Banks islands with winds and flooding before heading back out to sea. Hundreds of people, on Friday, on the islands were feared trapped by flooding, and neighbours rescued each other with boats.

“We are flooding like crazy,” a resident of Ocracoke Island told the Associated Press. “I have been here 32 years and not seen this.” 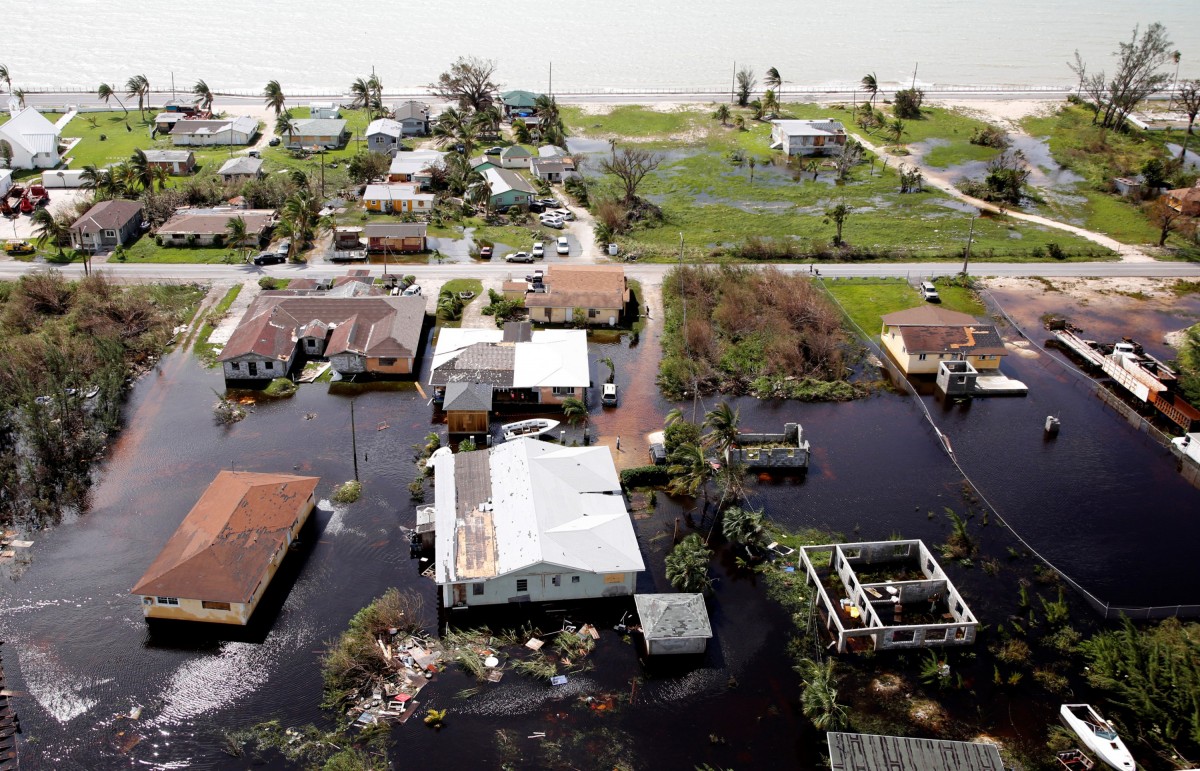 After laying waste to the Bahamas as a Category 5 hurricane, Dorian dwindled to a Category 1 storm with maximum sustained winds peaking at 90 miles/hour (150 km/hr). Dorian unleashed tornadoes and caused flooding, on Wednesday and Thursday, as it slowly moved up the coastline of North and South Carolina.

On Friday, Bahamas Health Minister Duane Sands suggested that the death toll would rise, describing the devastation across the islands as “staggering.” Authorities said at least 30 people were killed but hundreds remain missing.

Survivors have described widespread destruction across the Bahamas, especially islands where the eye of the storm made landfall.

“Abaco Island is like a ghost town,” said a resident of Marsh Harbour, considered the largest town on that island with a population of more than 15,000 people. “No electricity, no water, no nothing.”

However, some were hopeful. “Nothing is impossible but it will take a long, long time to recover,” said another Marsh Harbour resident.

Dorian is considered the most intense hurricane to ever make landfall in the Bahamas, with sustained wind speeds clocking in at 185 miles/hour. Intensity is measured by maximum sustained winds.

Over the past two decades, the Atlantic has steadily witnessed some of the most powerful hurricanes ever recorded in the western hemisphere. Scientists have pointed to the growing trend as further evidence of the man-made destabilisation of Earth’s climate system.