Can Europe Survive the Populist Revolt?

The elections in Sweden are maybe a last reminder that the EU needs to renew its foundational narrative. 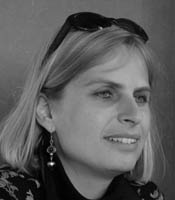 For those who follow European media, the run-up to the elections in Sweden was a moment of déjà vu. In a strange mixture of fear and anticipation that was similar to the pre-poll mood in Italy, Germany, France, Austria, and the Netherlands in the last two years, a victory of the right-wing populist Sweden Democrats (SD) was expected.

As in most of the other Western European countries, it did not happen.

Instead, the extreme right gained a significant share but remains far from a majority with 18% of the vote. However, it will become complicated for the leading Social Democrats, who gained 28.4% to form a coalition. Along with the Left and the Green Party, they tally up to 40.6% while another possible coalition consisting of Christian Democrats, Moderates and Liberals reaches 40.3%. The Swedish parliamentary system allows for a minority government and this is probably the most likely solution. Sweden, as a result will become a bit more difficult to govern.

Does this mean Europe is out-off the woods? On the contrary, less than a year ahead of the elections to the European Parliament in May 2019, parties that are illiberal, anti-European and sometimes outright fascist have made a surprising comeback from the dustbin of history to centrestage all over Europe. In Hungary and Poland, they already form the government and in most other countries (except Spain) up to one fifth of the population is willing to support a destructive and inhumane ideology despite the fact that many of these countries report a steady economic growth and low unemployment rates.

Apparently, the main narrative that brought about the European Union after the end of World War II, the acknowledgement that toxic nationalism destroyed Europe and that Europeans have to combat these forces in unison, has ceased to work. It does not mean that a majority of Europeans want to abolish liberal democracy. At least in most Western countries, 80% of the population votes for moderate parties, while it is unclear how far Eastern Europe is willing to go in its impulse to be different.

However, one lesson from history is that it does not need an outright majority for anti-democratic forces to succeed, as the ascent to power of the German NSDAP in 1933 showed. Racism and xenophobia are already dominating the European discourse on refugees and are all but obliterating the humanist tradition that introduced the “right to political asylum” as a lesson-learned from the ever-looming threat to the individual from persecution and genocide. 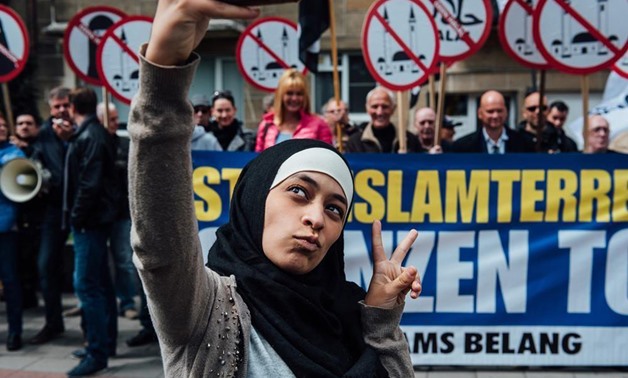 More than 2,000 violent attacks on refugees were reported in Germany in 2017 alone, according to the German ministry of interior. The European Network of People of African Descent (ENPAD) claims that hate crimes against people of colour have increased by 42% since 2016 in the UK. The UN Committee on the Elimination of Racial Discrimination (CERD) reported that the UK referendum on the EU membership was “marked by divisive, anti-immigrant, and xenophobic rhetoric”.

Right-wing populism has unleashed the dark forces to which Europe has never been a stranger, but it still seems to believe that the motto “keep calm and carry on” is the right approach to the crisis. Ironically, the British government produced this slogan in 1939 to prepare the population for World War II. European Commission President Jean-Claude Juncker only cautiously warned against “unhealthy nationalism” in his state of the union speech earlier in September in Strasbourg. His likely successor, Manfred Weber from Germany even believes that the EU “is much more robust than four years ago”.

This state of denial is alarming. Europeans have been unable so far to come up with a new narrative that is compelling enough to hold the Union together. For a while, it made sense to argue that the relatively small European countries need to stick together and pool their weight in a globalised world, where much bigger countries such as China and India are demanding their share.

This is still true but too many people feel that the promise, Europe could protect them from the world outside does not hold. They rather see the EU as part of the problem. The birth defects of the common currency Euro have led to gross economic imbalances within the Union. Countries such as Italy and Greece and almost all Eastern Europeans see themselves as losers of a German-dominated Euro-Zone.

On the voter level, this sentiment has found expression in the shift of working-class-votes from social-democratic or socialist parties that are perceived complicit with the neo-liberal order of things to the seemingly only available protest option, the extreme right. 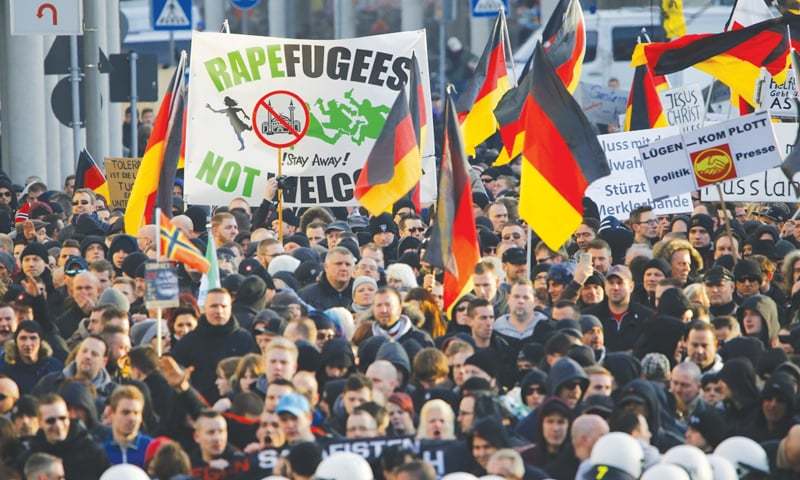 Supporters of anti-immigration right-wing movement Patriotic Europeans Against the Islamisation of the West take part in a demonstration rally in Cologne, Germany. Credit: Reuters

The political structure of the European Union with a weak parliament and a relatively strong, but unelected Commission that is prone to national power politics exacerbates this view. The recent plan to make Manfred Weber, the Deputy Chairman of the German CSU, a junior partner of Angela Merkel’s Christian Democrats (CDU) the successor of Commission President Jean-Claude Juncker is a point in case.  The European People’s Party Group (EEP) that represents Christian Democrats and other liberal-conservative parties in the European parliament had successfully blocked a reform-plan to introduce transnational voting lists with so called “lead candidates” (German: Spitzenkandidaten) that would have made the elections of the Commission President more democratic.

“Madame Merkel decides who will be the next president of the Commission,” criticised the Belgian liberal parliamentarian Guy Verhofstadt in a recent interview with the newspaper Ouest-France. Even worse, since Fidesz, the party of Hungary’s self-declared illiberal-democratic president Victor Orban is a member of the EEP, Merkel’s Christian Democrats have been constantly currying favors with Fidesz to bolster their power-base, notwithstanding that Orban is one of the fiercest critics of Angela Merkel’s principled position on refugees and a threat to liberal democracy in Europe.

Unsurprisingly, members of the German CSU and the extreme right AfD voted against the historical move of the European Parliament on September 12 to take Hungary to court over its treatment of refugees and minorities as well as continued breaches of “core values” of the EU.

While power politics is part of every democracy, the democratic shortcomings of the EU and the ascent of anti-democratic and anti-European forces have produced a toxic amalgam that not only erodes the credibility of the EU but its very foundation.

It is therefore high time that Europe tackles these shortcomings head-on.  While many of the reform-discussions on subjects such as the Eurozone or the institutions of the EU have been gridlocked due to the “nation first” approach towards the EU in many countries, a broad discussion on a new vision, a new narrative for the EU is required.

French President Emmanuel Macron tried this in his speeches at the European Parliament and on receiving the Charlemagne Prize in Aachen earlier this year, but he was stuck in the same confrontations that have been paralysing the continent for too long.

The only way out is a much broader discussion on the question what Europe do we want in the 21st century? What are the traditions that shall guide us? What do we need to leave behind if we want to grow? What role shall nation states play and what should be delegated to trans-national institutions? Many intelligent people have thought about these questions already. It is time that these ideas take centre stage. It is time to discuss once again the big questions, the fundamentals – out of which a new vision for Europe can emerge.

Britta Petersen is the former South Asia correspondent of the German Financial Times and a Senior Fellow at the Observer Research Foundation (ORF) in Delhi.