Prime Minister Nawaz Sharif's office said he has "expressed deep grief and sorrow over the loss of precious lives". 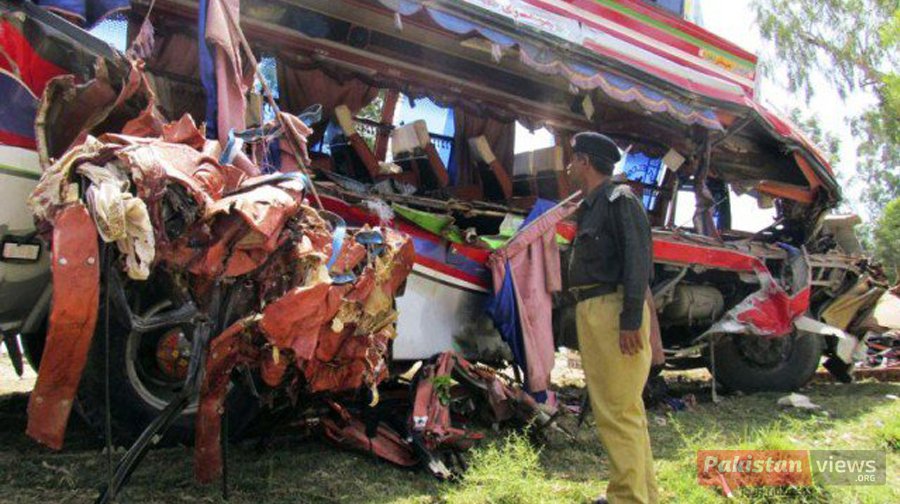 Karachi: At least 30 people were killed in Pakistan when two buses collided in southern Punjab province, police said on Monday.

Images from the crash site showed a bus on its side with its windows shattered, and another bus with its roof partly caved in.

Officials said the buses collided at about 6 am (0100 GMT) near Rahim Yar Khan, a Punjab city about 600km south of provincial capital Lahore.

Rescuers earlier said more than 30 people were injured in the crash.

Fatal road accidents are common in Pakistan, where traffic rules are rarely enforced and roads in many rural areas are poor.

Prime Minister Nawaz Sharif’s office said he has “expressed deep grief and sorrow over the loss of precious lives”.