Burkina Faso: A Weakened State Is Paving the Way for Terrorism

A weakened central power makes it easier for violent groups – like highway bandits, local militias and armed bands of jihadists – to emerge and thrive. Black smoke rises as the capital of Burkina Faso comes under multiple attacks in 2018. Photo: Reuters 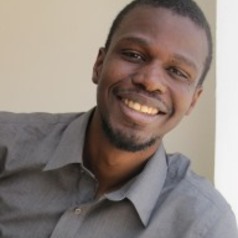 Last month in northern Burkina Faso there were attacks on a church and on a procession of Catholics. These have raised fears of religious strife in a country where security remains a major challenge. These attacks follow the murder of a pastor and five congregants in Silgadji, in the north, and the kidnapping of a Catholic priest.

These events are part of a violent trend that is mostly affecting the country’s northern and eastern regions. Terrorist attacks and inter-communal conflict – like the massacre of Fulani in Yirgou (north) in early 2019 – there are concerns have many concerned for the West African nation.

Who is responsible for the violence plaguing part of Burkina Faso? Why have Christian communities become targets? To answer these questions, we must first look closely at the country’s political context.

The rise in attacks in Burkina Faso is largely attributable to the weakening of the state over the last ten years. This has been driven by political instability. For instance 2011 saw clashes between police and students and a military mutiny, during which several soldiers committed acts of theft and pillage against the populace.

With some difficulty, the then-president Blaise Compaoré eventually re-established control. He dissolved the government to appease critics. But hostilities flared up again when he proposed a change to the constitution to run in the 2015 presidential election. As parliamentarians prepared to vote on the constitutional amendment, he was overthrown in a popular uprising in 2014.

In September 2015, after a period of uncertainty during which the army temporarily took power, the Regiment of Presidential Security attempted a coup. Later that year the transitional government organised a presidential election that brought former prime minister and president of the National Assembly, Roch Marc Christian Kaboré, to the nation’s highest office.

But since his election, the government has had resistance from some groups who believe it is incapable of confronting the country’s multiple challenges.

The central powers in Burkina Faso, and the army in particular, have been substantially weakened by these crises.

In addition to domestic instability, the region is also experiencing significant insecurity, particularly neighbouring Mali. Some attacks have been claimed by Al-Qaeda, who are present in northern Mali. The weakening of the Burkinabe State means it can’t cope with the challenges within its borders or effectively police the borders, which have become very porous.

A weakened central power makes it easier for violent groups – like highway bandits, local militias and armed bands of jihadists – to emerge and thrive. These groups carry out various forms of violence, from pillaging to religiously motivated attacks. Jihadi groups flourish in this growing atmosphere of insecurity.

Although these groups usually act under the banner of Al-Qaeda or the Islamic State, they are often homegrown. They rely on local ethnic or religious divisions to gain traction. 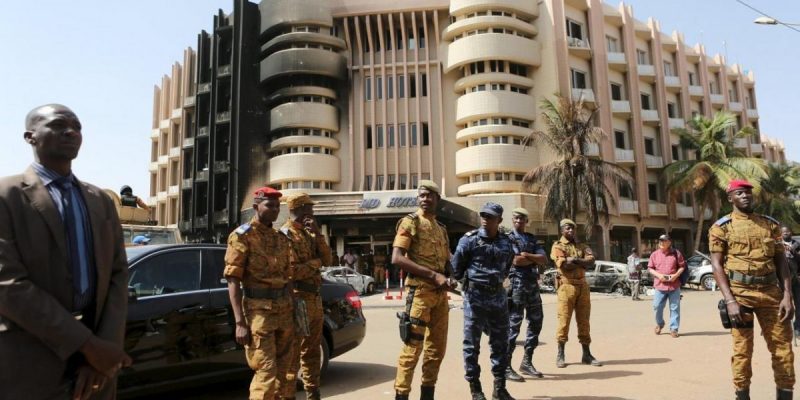 Soldiers stand guard in front of the Splendid Hotel after an attack on the hotel and a restaurant in Ouagadougou, Burkina Faso, January 18, 2016. Photo: Reuters

This is the case of Ibrahim Dicko’s Ansar ul Islam, operating in the north of Burkina Faso. They exploit the historical rift between the Fulani and the Rimmayɓe communities, whose ancestors were enslaved by the Fulani.

The actions of jihadi groups like this have led to violence, revenge and retaliation, as demonstrated by the Yirgou massacre. Terrorism targets State institutions, like the police, local governments and, increasingly, other religious communities, like Catholics and Protestants.

Targeting other communities to target the State

A look at other groups, like Boko Haram in Nigeria, shows how jihadists will often other religious groups to spark and sustain open religious strife. In Burkina Faso, Christians are a religious minority, accounting for around 20-25% of the population. Repeated attacks against Christian churches, including killings and kidnappings, are part of the terrorists’ strategy to generate tensions between religious communities.

They also attack Christians, particularly Catholics, because of their relationship with the state. The government in Burkina Faso generally protects religious minorities. So an attack against Christians is also an attack against the State. And although a minority, Catholics have had a strong influence on the history of Burkina Faso. Since independence, many of the country’s leaders have been Catholic.

The Catholic Church has a huge influence on society and has acted as a moderator in the country’s times of crisis. By targeting Catholics, these attacks are targeting one of the main pillars of Burkinabe society.

Attacks on churches are also a way to get media attention in a conflict that has so far garnered little international attention. Attacks targeting Christians are a kind of publicity stunt. They are designed to provoke reactions from various groups including potential recruits, competing terrorist groups, the general public, and western embassies.

Given its central geographical position in West Africa, Burkina Faso is vulnerable to the political instability and influence of neighbouring countries. The gradual weakening of the state has left it open to the actions of violent groups.

From the start, the occupation of northern Mali by jihadists raised concerns among Burkinabe Catholics who are committed to the delicate balance between religious communities. They are also determined to maintain dialogue between Christians and Muslims. It remains to be seen if this will help the country overcome these new threats.

Translated from French by Alice Heathwood for Fast ForWord.