The boat, named Louise Michel after a French feminist anarchist, has been operational since last week. 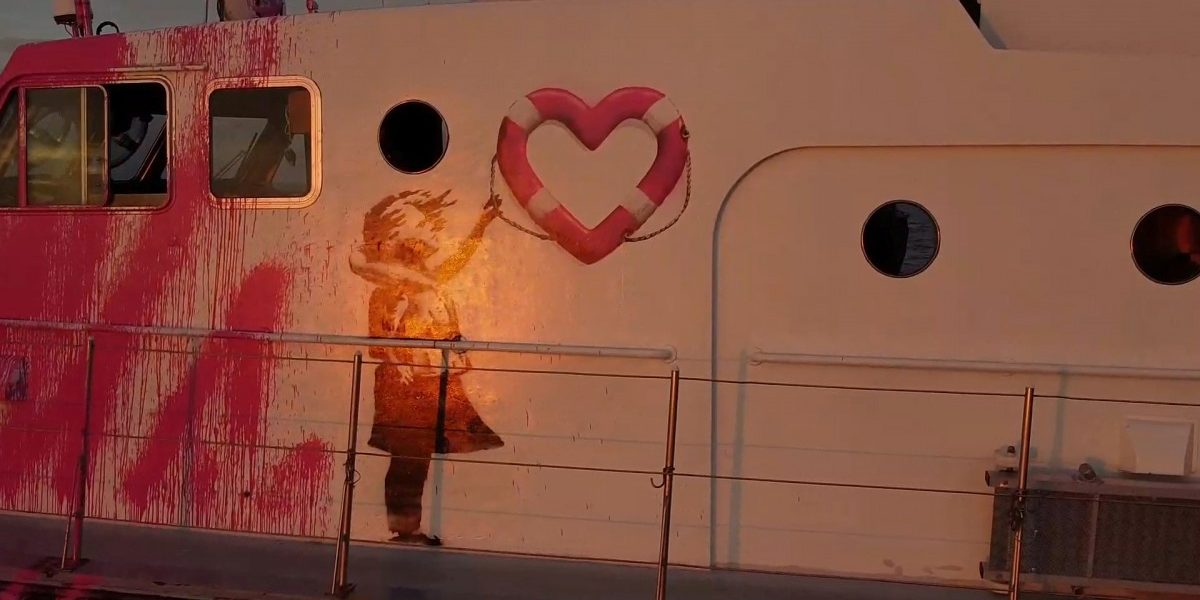 n this still image taken from video a Banksy graffiti in seen on the Louise Michel, a migrants search and rescue ship operating in the Mediterranean and financed by British street artist Banksy, is seen at sea, August 17, 2020. Picture taken August 17, 2020. Photo: MV Louise Michel/Reuters TV handout via Reuters

London/Rome: British street artist Banksy is funding a boat crewed by volunteers to rescue refugees in the Mediterranean attempting to reach Europe from Africa.

The boat, named Louise Michel after a French feminist anarchist, has been operational since last week. On Thursday it rescued 89 people, including 14 women and four children, from a rubber boat in distress, the group said on its website.

The 89 migrants are still onboard the boat and waiting for a safe port to disembark.

A former French Navy boat daubed in pink and white, the 30-metre long Louise Michel was bought with proceeds from the sale of Banksy artwork, the group said. The side of the vessel’s cabin features an artwork of a girl holding a heart-shaped life buoy in his familiar stencilled style.

The group said the vessel was captained and crewed by a team of rescue professionals drawn from across Europe.

A PR agent who works for Banksy declined to comment. 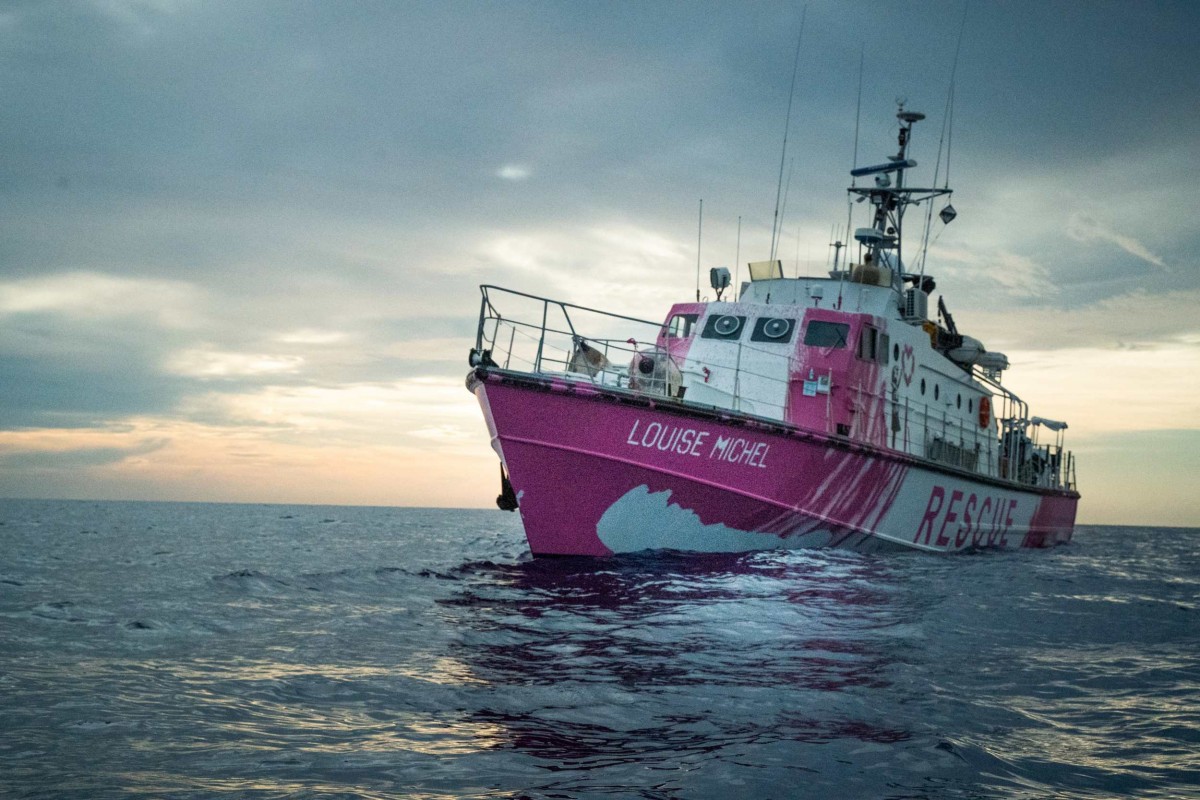 In this undated handout photo, the Louise Michel, a migrants search and rescue ship operating in the Mediterranean and financed by British street artist Banksy, is seen at sea. Photo: MV Louise Michel/Handout via Reuters

Banksy, a Bristol-born artist who keeps his identity a secret, is known for his political or social-commentary graffiti that has popped up in cities around the world. Last year one of his paintings depicting primates sitting in Britain’s parliament sold for more than $12 million at auction.

Banksy has highlighted the plight of refugees and migrants in past works.

In 2018, he painted walls in Paris with murals on the theme of migration, and in 2015, he sent fixtures from his temporary “Dismaland” theme park in western England to an informal migrant camp in Calais, northern France. Later the same year he created a mural of the late Apple founder Steve Jobs at the location.