Will Women Be the Worst Hit by Brexit?

In the event the UK economy took a hard hit, job losses would be inevitable especially in sectors reliant on trade with the EU where the majority of the workforce is female. Export-oriented countries such as Germany and France are expected to suffer the most from a hard Brexit. Credit: Reuters

The economic impact of Brexit has been explored far and wide. But with the October 31 deadline approaching and a no-deal scenario still very much on the cards, could it affect women disproportionately?

First off, a disclaimer: Given the uncertainty over the type of Brexit, or what, if any, trade agreements the UK manages to reach with the EU, it’s difficult to assess precisely what the impact will be for women as workers, consumers and public service users.

However, what is beyond dispute is that trade agreements can have different effects on different groups of men and women based on economic status, caring responsibilities and power.

“Women are particularly vulnerable to changes in trading arrangements, whether it’s greater liberalisation or more restrictions on trade, because it’s harder for women to take advantage of new opportunities and they’re more vulnerable to a negative impact,” says Dr Mary-Ann Stephenson, director of the UK Women’s budget group, and co-author of a study on the economic impact of Brexit on women.

“They are less mobile than men, and have lower levels of capital,” she told DW.

A public disservice for women

The study found that in the event of the UK economy taking a hard hit, job losses would be inevitable, especially in those sectors reliant on trade with the EU, such as clothing and textiles, where the majority of the workforce is female.

The same applies to health and social care, which are also female-dominated sectors. The UK’s National Health Service (NHS) has already seen an exodus of EU staff who are concerned about their future in a post-Brexit economy, and there are fears that trend may continue.

Indeed, public services are one crucial area where the economic impact of Brexit is likely to have the most negative effect on women. 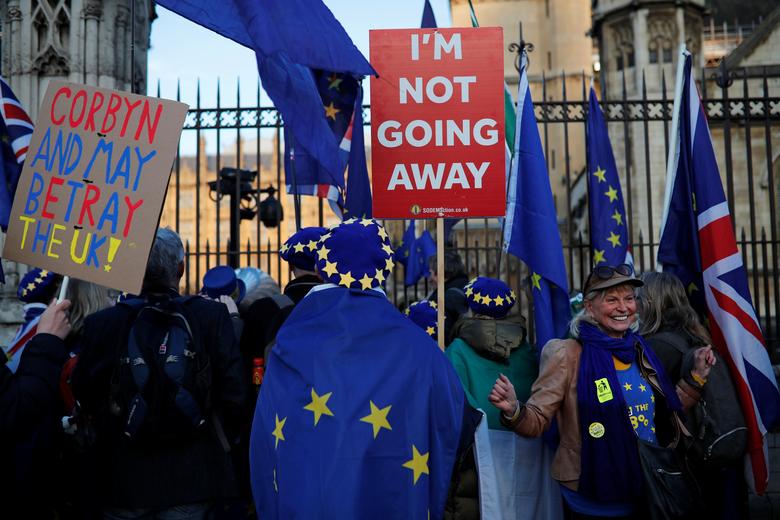 Anti-Brexit protesters stand outside the Houses of Parliament in London. Photo: Reuters/Alkis Konstantinidis

Under all Brexit scenarios, British gross domestic product is expected to take a hammering. That, in turn, will very likely result in further cuts to government spending, and that, in turn, will affect the most vulnerable and disadvantaged, many of whom are women.

“Women are the majority of those who work in public services, and they use public services more than men both for themselves and for family members they’re responsible for,” says Stephenson. “They’re also most likely to have to increase unpaid work when public services are cut. We see that with the crisis in social care that it’s more likely to be women who are reducing their working hours or trying to squeeze in unpaid care work around paid work.”

Currently, employment rights that protect equality and workplace rights for women in the UK are underpinned by EU legislation and are unlikely to disappear overnight if and when the UK leaves the EU. However, as Stephenson points out, the “EU provides the security that [UK] governments can’t reduce those rights.”

The hard-line Brexiteers, she says, “are also those most in favour of what they call ‘removing red tape,’ which means removing rights to protection during pregnancy and maternity leave, part-time workers’ rights. All of the things that women have benefited from over the years as a result of EU membership.”

Lucy Harris, director of the Leavers of Britain group and MEP for the Brexit Party, rubbishes claims that the EU is a beacon for women’s rights. She says that Brexit will enable the UK to introduce new, progressive laws for British women. 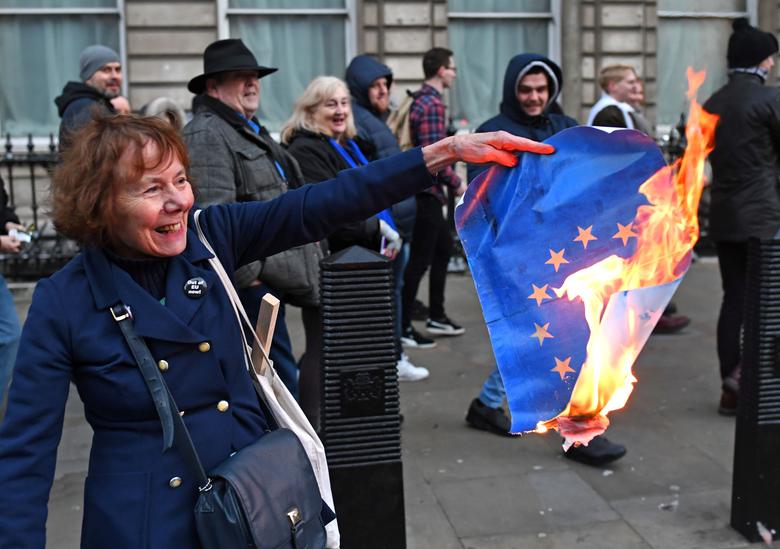 “I voted Brexit because I believe laws should be tailored to those they directly affect,” she told the Thompson Reuters Foundation. “When we bring back our sovereignty, it empowers women, such as myself, to be able to make decisions that protect my rights.”

Then again, there’s nothing in the EU rule book that has prevented women in the UK doing just that.

Joanna Williams, a member of Briefings for Brexit, a platform for pro-leave businesspeople and academics, has rejected negative forecasts. Instead, she points to rising wages and employment, also among women, since the referendum. “We can predict doom, but the reality is telling us a different story,” she told the Thompson Reuters Foundation.

However, Stephenson is quick to dismiss those who say that merely asking whether Brexit would disproportionately affect women is divisive.

“Three years on it is becoming increasingly clear that those who wanted to leave the European Union had no plan,” she says. “Most of them seem to be displaying a level of ignorance about even understanding the basics of how trade deals work, which is quite terrifying really. I don’t see how it can be divisive to say: actually, these are the likely impacts.”