Theresa May Has Survived the No Confidence Vote. What's Ahead for Brexit?

After a historic defeat on her Brexit deal, the British prime minister has to soon return to the parliament with a 'Plan B'. 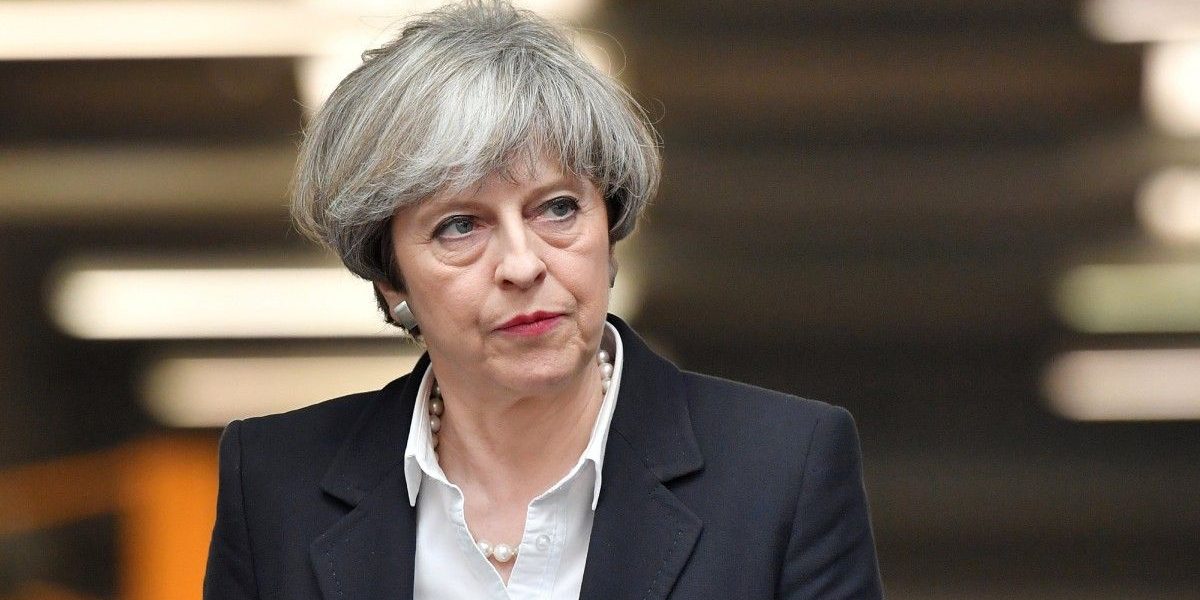 Note: This piece was originally published on January 17, 2019.

Britain is supposed to leave the EU in less than two-and-half months.

However, the historic failure of British Prime Minister Theresa May’s Brexit deal in the parliament on Tuesday plunges the struggling UK into deeper uncertainty with limited options.

And the clock continues to tick.

Presently, 73 days before UK’s exit from the EU, British lawmakers rejected May’s deal by 230 votes. This is the largest Commons defeat of any British prime minister to date. Prior to this, Politico finds that the largest defeat was the loss of 166 votes back in 1924.

Jean-Claude Juncker, president of the European Commission released a statement after the vote on Tuesday, writing that “the risk of a disorderly withdrawal of the United Kingdom has increased with this evening’s vote.” He also urged the UK to “clarify its intentions as soon as possible.”

Soon after the vote, the opposition Labour leader, Jeremy Corbyn, tabled a vote of no-confidence in the May government. Corbyn said that the no-confidence motion would allow the MPs to “give its verdict on the sheer incompetence of this government.”

May survived the motion on Wednesday by a slim margin of 19 votes. This was considerably worse than the no-confidence vote in December 2018, where she won with a majority of 83 votes.

The British PM was then given three days to return to parliament with a “Plan B.” Here are the most likely scenarios of what is to come next:

Extend the deadline and go back to negotiations

The Conservative government will be facing considerable pressure to negotiate for a “softer” Brexit after their sizable defeat in the parliament. A more flexible UK on the negotiation table could encourage the EU leaders to be more lenient with it for a better relationship in the future.

A likely scenario is that the UK will request for an extension regarding the “exit day” from the EU to re-negotiate the withdrawal plan. An extended deadline could buy the prime minister time to get more concessions from the EU and also convince her own party and the opposition to go through with Brexit. It will be a steep climb for the May government as 118 MPs from her own Tory party voted against her on Tuesday.

As domestic turmoil engulfs France and Germany, Europe will likely be more wary of moving forward with a “no-deal” Brexit. This could soften their earlier stance on not re-negotiating and/or extending the March deadline. Nevertheless, any such extension or further concession would require the assent of the remaining 27 EU members and there seems little political appetite in the EU to do so.

On Wednesday, Michel Barnier, the EU’s chief negotiator, told the European parliament that “the risk of a no deal has never been so high.” Barnier added that the compromise that was reached in the withdrawal plan “remains today the best compromise possible” and it is up to the British government to “clarify how the United Kingdom wishes to proceed in organising the orderly withdrawal which it requested, and how, beyond this orderly withdrawal, it wants to build an ambitious and long-lasting partnership.”

At a press briefing in Brussels, Margaritis Schinas, European Commission’s spokesman, also stated that “the next move has to come from London,” The Guardian reported.

The worst-case scenario is that Britain and the EU are unable to negotiate a deal before March 29, 2019, the latter refuses additional time and thus London leaves the EU without any deal. Overnight, there are no treaties left between the two.

A no-deal would affect almost everything from citizenship and transport to food supply and medicines.

Presently, the most contentious issue is the Irish “backstop” – basically what the border between Northern Ireland which belongs to the UK and the Republic of Ireland which is a member of the EU would look like. 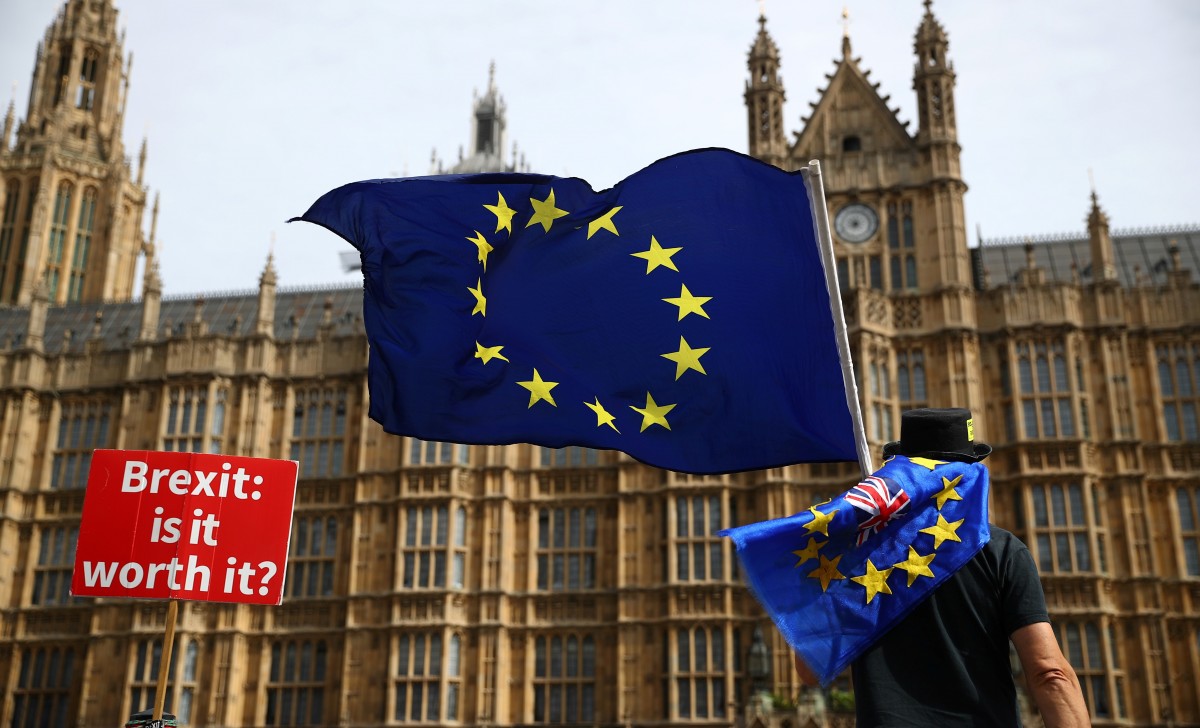 Open borders are essential to the Northern Irish peace process as agreed upon in the 1998 Good Friday Agreement. The EU’s customs union and single market made it possible for free movement between UK and Ireland, which were both part of the union. As part of Brexit, UK plans to leave this single market and customs union. A “no-deal” Brexit could potentially lead to a “hard border” in Ireland, undermining the Good Friday agreement and the peace process in the region.

While both EU and UK are trying to avoid a no-deal, BBC reports that multiple technical notices have been published by the UK and EU to help businesses, citizens and consumers prepare for a no-deal in March 2019.

The adverse economic effects of no-deal Brexit would not be limited to the two ends of the English Channel. According to the World Bank’s latest Global Economic Prospects report, a no-deal British exit “is a risk to the UK and to Europe and any region that trades heavily with them. It means that countries in Eastern Europe, like Moldova and as far away as Georgia, and those in North Africa will be affected.”

Anti-Brexit lawmakers have been calling for a second Brexit referendum. While the May government has been opposed any such vote in the past, Tuesday’s defeat weakens resistance against a second vote. Many have been calling this a “#PeoplesVote.” Critics of the second referendum are wary of what this could mean for the British democracy and the elitism associated with assuming that the people who voted for Brexit in 2016 did not know what they were doing. 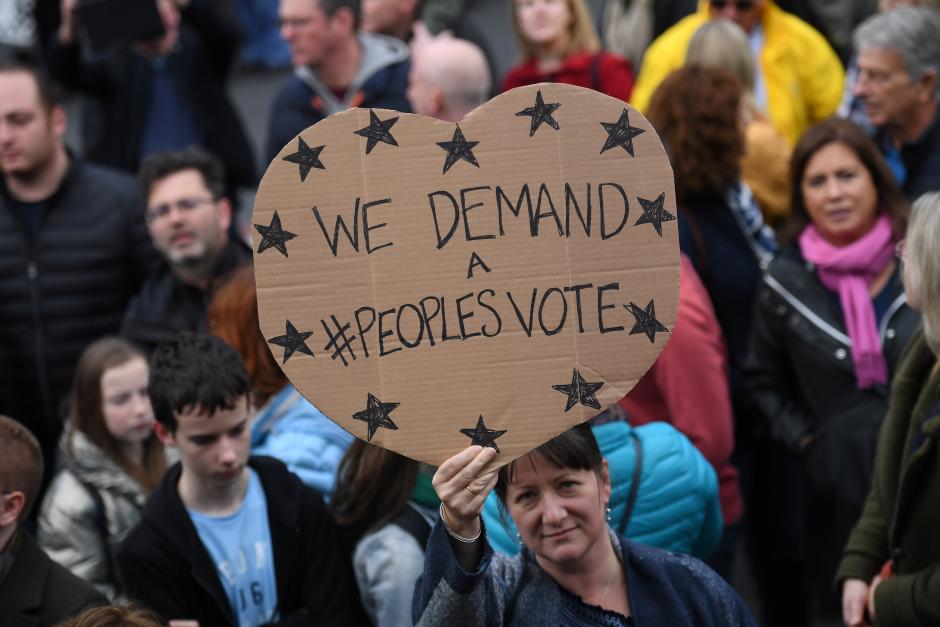 Chris Bickerton, a politics lecturer at Cambridge University writes in The Guardian: “It would introduce the principle – elitist to the core – that the legitimacy of a political decision rests upon a judgment about the knowledge that informed it. And it would rely on a dirty plebiscitarianism as a way out of the political impasse in Westminster.”

Legally, in December 2018, the European Court of Justice ruled that the UK could revoke its decision to leave the EU before the exit day, without the approval of the other 27 members. It further established that the terms of its member status would remain unchanged were it to decide to stay.